Jimmie Johnson looking for win at Indy to get into playoffs 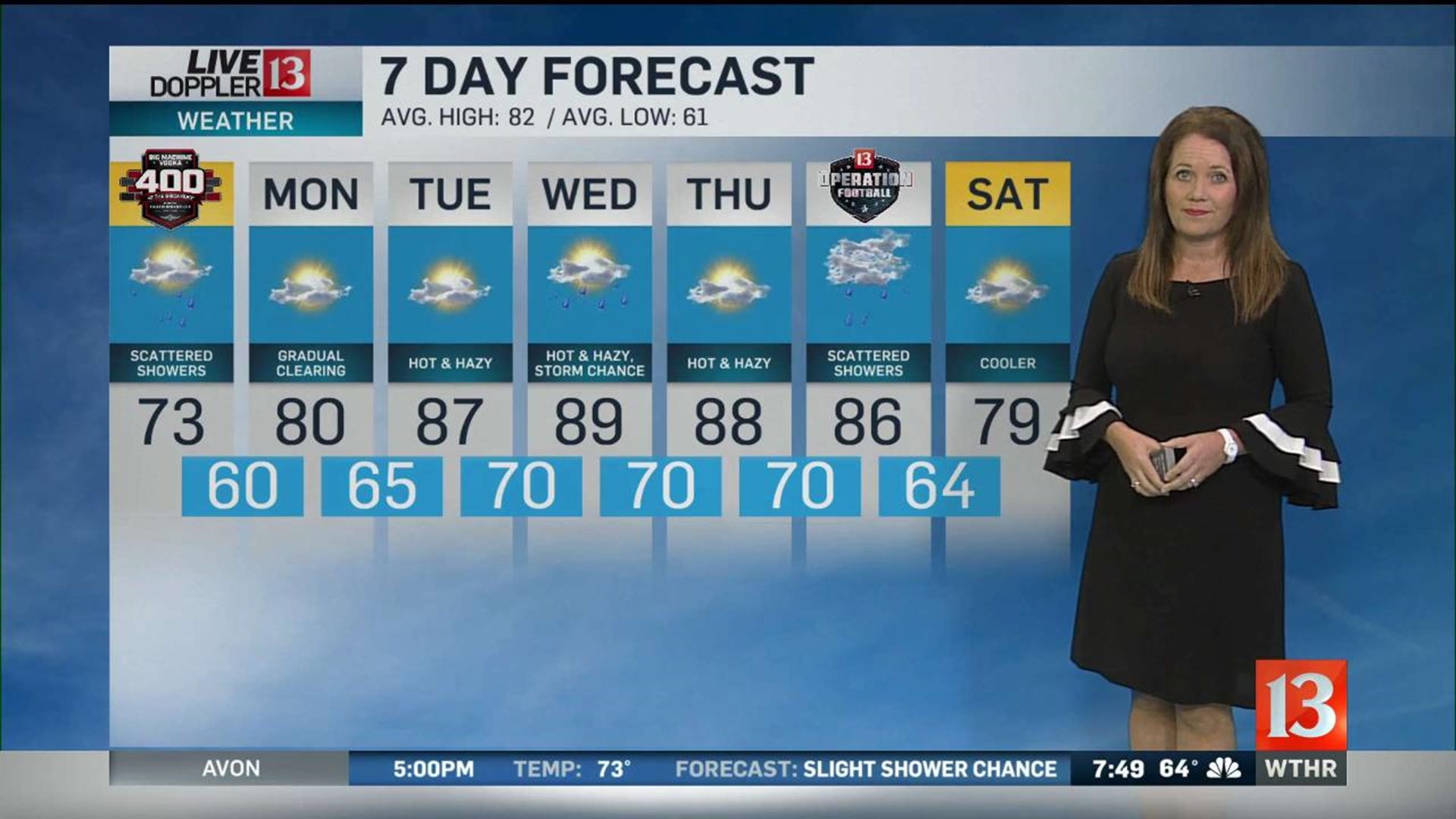 Win and he's back in the playoffs. Anything else complicates his strategy.

The seven-time NASCAR champion heads into Sunday's regular-season finale two spots and 18 points out of the 16-car playoff, putting him in danger of sitting it out for the first time.

"Of course we'll be aware (of the points), of course I'll be fed information," Johnson said after Saturday's first Brickyard 400 practice ended. "But we've only discussed how fast we're going to be and how aggressive we're going to be to win the race and not have to worry about points."

He's one of five drivers with four wins on Indianapolis Motor Speedway's 2.5-mile oval and if he reaches victory lane again Sunday, Johnson would clinch a playoff spot and join Jeff Gordon as the only other five-time winner. Former Formula One star Michael Schumacher also won five times on Indy's road course.

But this has not been the kind of season Johnson envisioned.

Aside from an exhibition race victory at Daytona in February, Johnson hasn't won since Dover on June 4, 2017. He hasn't finished in the top 10 since Daytona on July 7 and has finished 30th or worse three times in the last seven races.

But Johnson comes to Indy confident and hopeful.

He finished 19th at Bristol and 16th last week at Darlington, picking up eight points on Danny Suarez and Ryan Newman, who are tied for 16th, despite being hindered by a crash in the final stage.

"We've had plenty of bad luck, that's for sure," Johnson said.

Maybe Indy will help him turn it around.

Johnson had the ninth fastest car in the first practice session with a fast lap of 182.700 mph. Only one of the four drivers fighting for the final two spots, Clint Bowyer, had a faster car. He posted a top speed of 183.329.

Kyle Larson, two-time Brickyard winner Kurt Busch, and defending race champion Brad Keselowski had the three fastest cars in the morning. All three have clinched playoff spots and Bowyer will join them — if he holds onto the No. 15 spot, 26 points ahead of Johnson.

"Stressful, stressful weekend," Bowyer said. "There's a lot of implications but it's fun, it's fun to feel this way. You don't have this feeling and bear this pressure every weekend."

Denny Hamlin crashed hard into the fourth turn wall in the afternoon practice session when his No. 11 Toyota would not steer. Flames came from the back of the car, which rolled to a stop near the pit row entrance as smoke billowed across the track. Hamlin quickly climbed out and was taken to the infield medical center where he was checked, cleared and released.

Paul Menard, the 2011 Brickyard winner, Ricky Stenhouse Jr. and Erik Jones had the three fastest cars in the afternoon.

Qualifying will be held Sunday morning.

For Johnson, the last two seasons have been anything but fun.

And yet if he can make up enough ground Sunday, he would still be the only driver to qualify for every NASCAR playoff since the format was adopted in 2004 — and still in the mix for a record-breaking eighth series title.

"That would be a heck of a story to tie Jeff with five here, to come through a drought," Johnson said. "And all the things you want to write about and talk about, to sort of bring all that to a conclusion."