Takuma Sato picked up a check for more than $2.45 million for winning Sunday's Indianapolis 500. 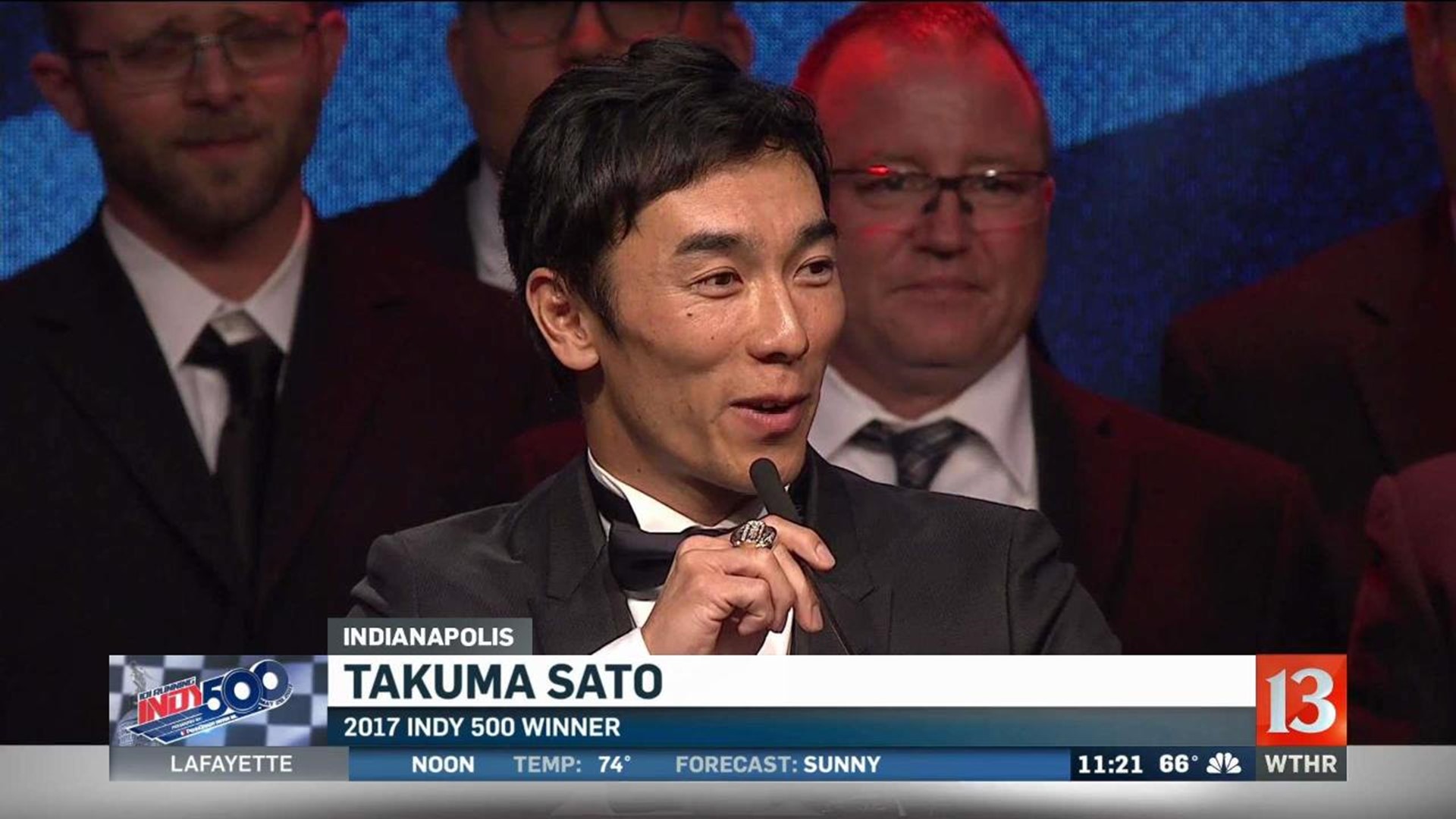 INDIANAPOLIS (WTHR) - Takuma Sato picked up a check for more than $2.45 million for winning Sunday's Indianapolis 500.

Sato was presented the winner's check at the Indianapolis 500 Victory Celebration Monday night at the J.W. Marriott downtown. Sato claimed his first 500 win, holding off three-time winner Helio Castroneves in the sixth-closest finish in the race's history.

"I never thought I had so many friends. Maybe because I have such a big check today," Sato said.

Castroneves, trying to win his record-tying fourth 500, earned $770,629 for his second-place finish. He is now one of seven drivers to finish second in the Indianapolis 500 three times.

Rookie Ed Jones finished third, collecting more than $535,000. However, it was Formula One driver Fernando Alonso earning Rookie of the Year honors and the $50,000 bonus that comes with it. Alonso qualified fifth and led 27 laps in Sunday's race. He finished 24th after a mechanical problem with 20 laps to go.

"It has been an incredible couple of weeks since we decided we would take part in the Indianapolis 500 and I have enjoyed every second of it. Maybe not that much when my car stopped," Alonso said.

"Once I hit the wall, I tried to turn right to keep the car into the wall so I would stay out of harm's way, but unfortunately the way the car was damaged, I came back across and I feel really bad for collecting Scott," Howard said.

Dixon finished the day in 32nd place, but is grateful for being able to walk away to tell the story.

"I've just got to say a big thank you to the whole IndyCar racing community. I've had so many calls and text messages. It's a close-knit group and I thank everybody for that," Dixon said.