Simon Pagenaud may have saved his job by giving Roger Penske a golden Indianapolis 500 victory. 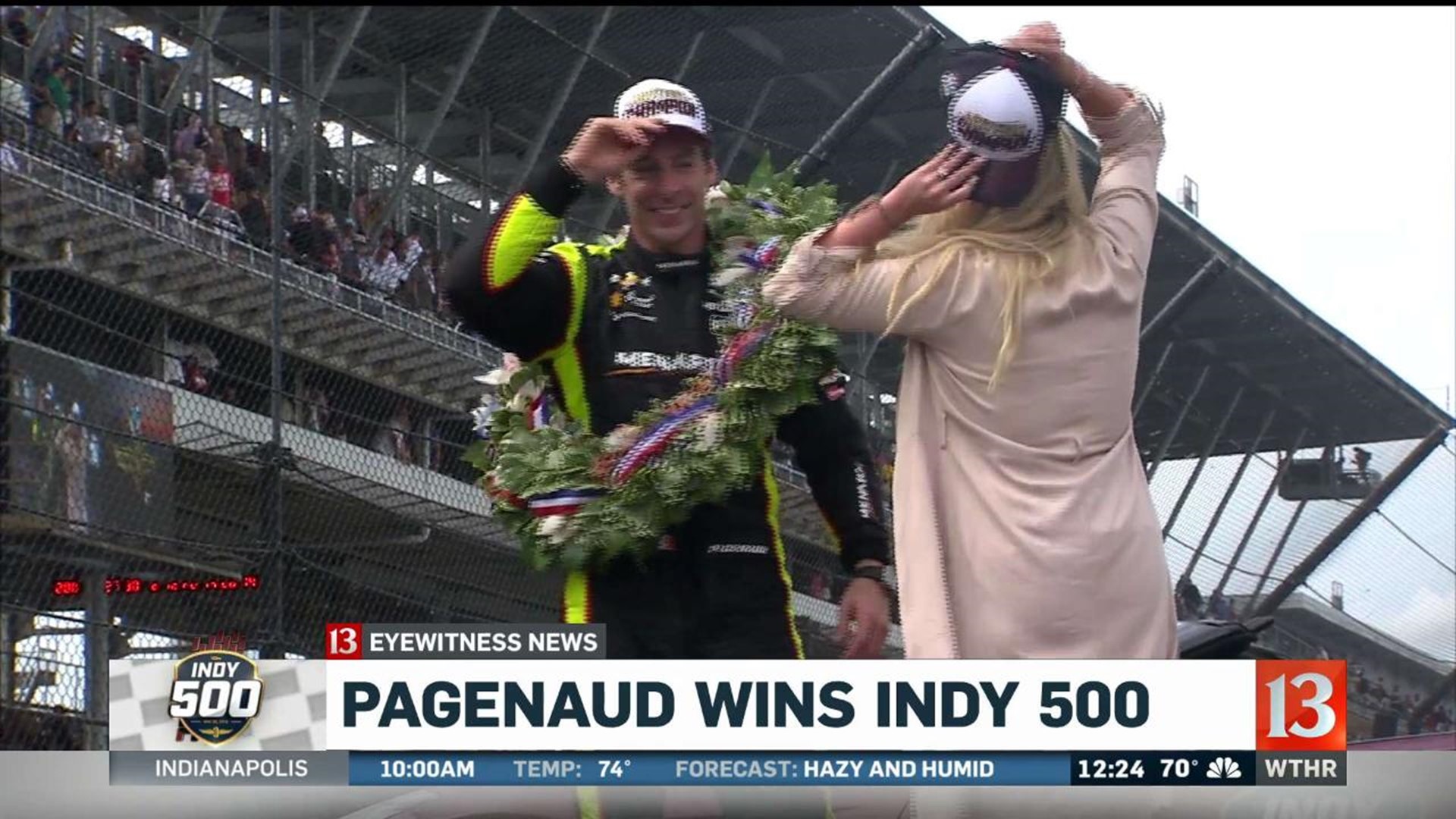 Pagenaud gave the venerable team owner his 18th victory in "The Greatest Spectacle in Racing" by outdueling Alexander Rossi in a breathtaking 13-lap sprint to the finish Sunday. The two swapped the lead five times over the final stretch before Pagenaud stormed to the front for good seconds before he took the white flag.

Rossi chased him for the final lap around Indianapolis Motor Speedway but fell 0.2086 seconds shy of his second Indy 500 win — the seventh-closest finish in the 103 years of the race.

Instead, it was a milk-fueled celebration for Team Penske on the 50th anniversary of the owner's first entry in the famous race.

Been dreaming of this moment my entire life - drinking milk at the #Indy500!!!! Incredible thank you @Team_Penske and @IMS!! Dreams do come true! pic.twitter.com/4BrpVl2Ogd

Penske now has two consecutive Indy 500 victories — Will Power won last year — and two consecutives sweeps at the speedway in May. Pagenaud, in a contract year and underperforming, arrived at Indy with his job on the line. His rumored replacement is Rossi, but Pagenaud won on the road course two weeks ago, won the pole to start the Indy 500 and now has given his boss a victory in the only race Penske truly cares about.

"What a guy, can you believe it?" Penske said. "He won that thing, I just can't believe it."

Neither could Rossi, who lost his cool several times in the race but twice charged to the front and had better fuel mileage than Pagenaud and the Penske cars.

"Horsepower, that's unfortunate the way it is," said Rossi, who was in a Honda for Andretti Autosport. "I think we had the superior car, we just didn't have enough there at the end."

Pagenaud was in a Chevrolet and the bowtie brand was the dominant engine maker all May.

He climbed from his car, let out a primal scream of relief, then dumped the entire winning jug of milk over his head.

"We've come through a life of trying to achieve this and I am just speechless," Pagenaud said. "I never expected to be in this position and I certainly am grateful."

Asked if he was on a mission — Pagenaud led a race-high 116 of the 200 laps — to save his job, Pagenaud dismissed the pressure of free agency.

"The milk motivated me," Pagenaud said. "Just focus on the job, man."

Pagenaud is the first Frenchman to win the Indy 500 since Rene Thomas in 1914. Indianapolis records count five French winners, but Gil de Ferran in 2003 and Gaston Chevrolet in 1920, while born in France, list other nationalities.

Pagenaud was the 21st driver to win from the pole and first since Helio Castroneves a decade ago.

Copyright 2019 The Associated Press. All rights reserved. This material may not be published, broadcast, rewritten or redistributed.