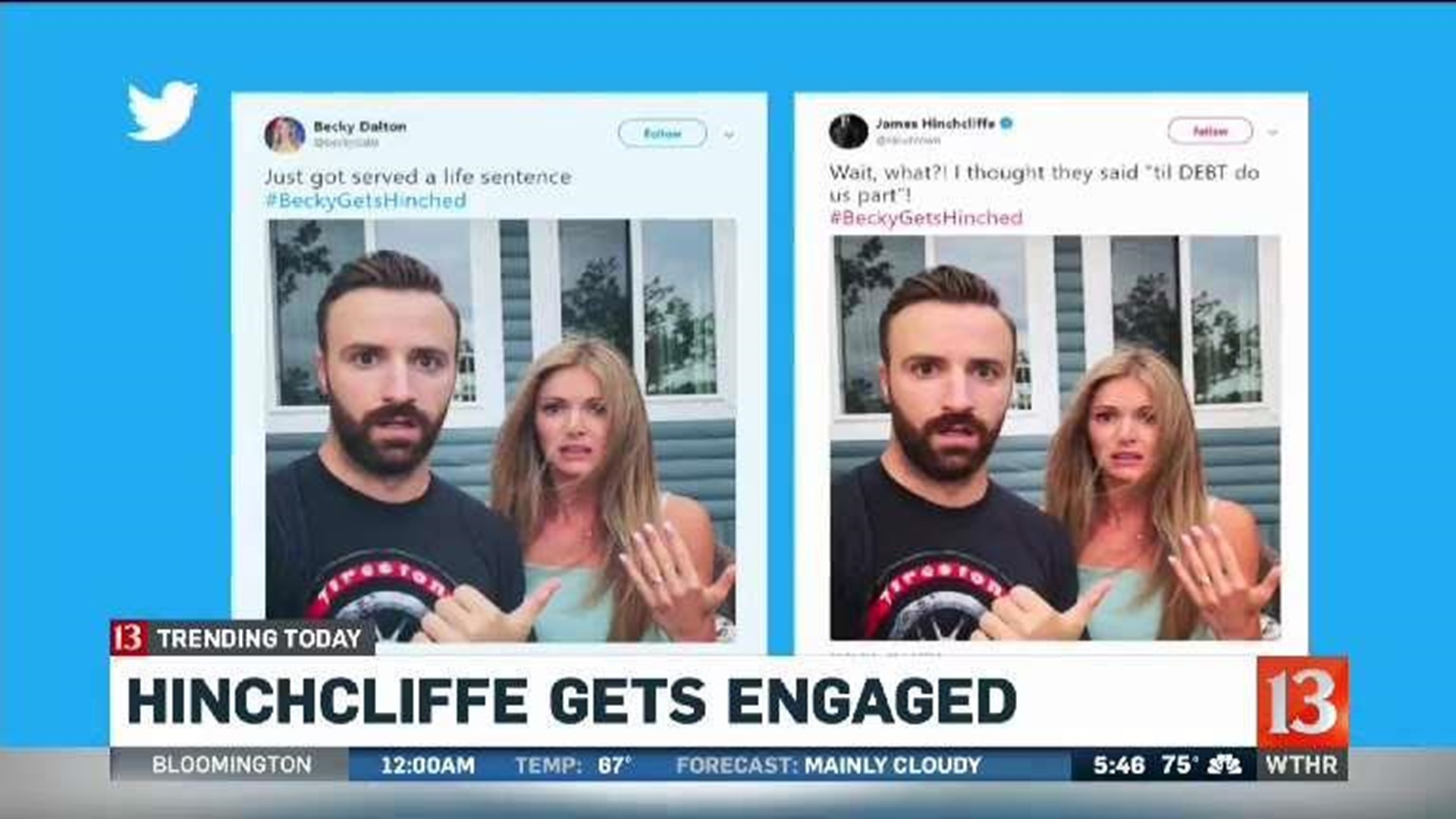 Two months after Hinchcliffe failed to qualify for the Indianapolis 500, he popped the question to his girlfriend, actress Becky Dalton, and she said "yes!"

The couple shared the big news on social media, tweeting the same photo - showing them both in shock, with a touch of horror - with different captions.

"Wait, what?! I thought they said 'til DEBT do us part'!" Hinchcliffe wrote.

Wait, what?! I thought they said “til DEBT do us part”!#BeckyGetsHinched pic.twitter.com/4qhMGLJOQF

James and Becky have been friends since high school and even went to the prom together, but didn't start dating until they reconnected in 2015, when Hinchcliffe suffered life-threatening injuries in a crash during practice for the Indy 500. Several months after the crash, Becky reached out through a mutual friend and the couple rekindled their friendship.

You can wish the couple well on social media by following their clever wedding hashtag, #BeckyGetsHinched.