Second Indycar race at IMS to air on NBC

Indycar's partnership with NBC Sports Group means you get to watch not just the Indianapolis 500 this year, but the Grand Prix as well. 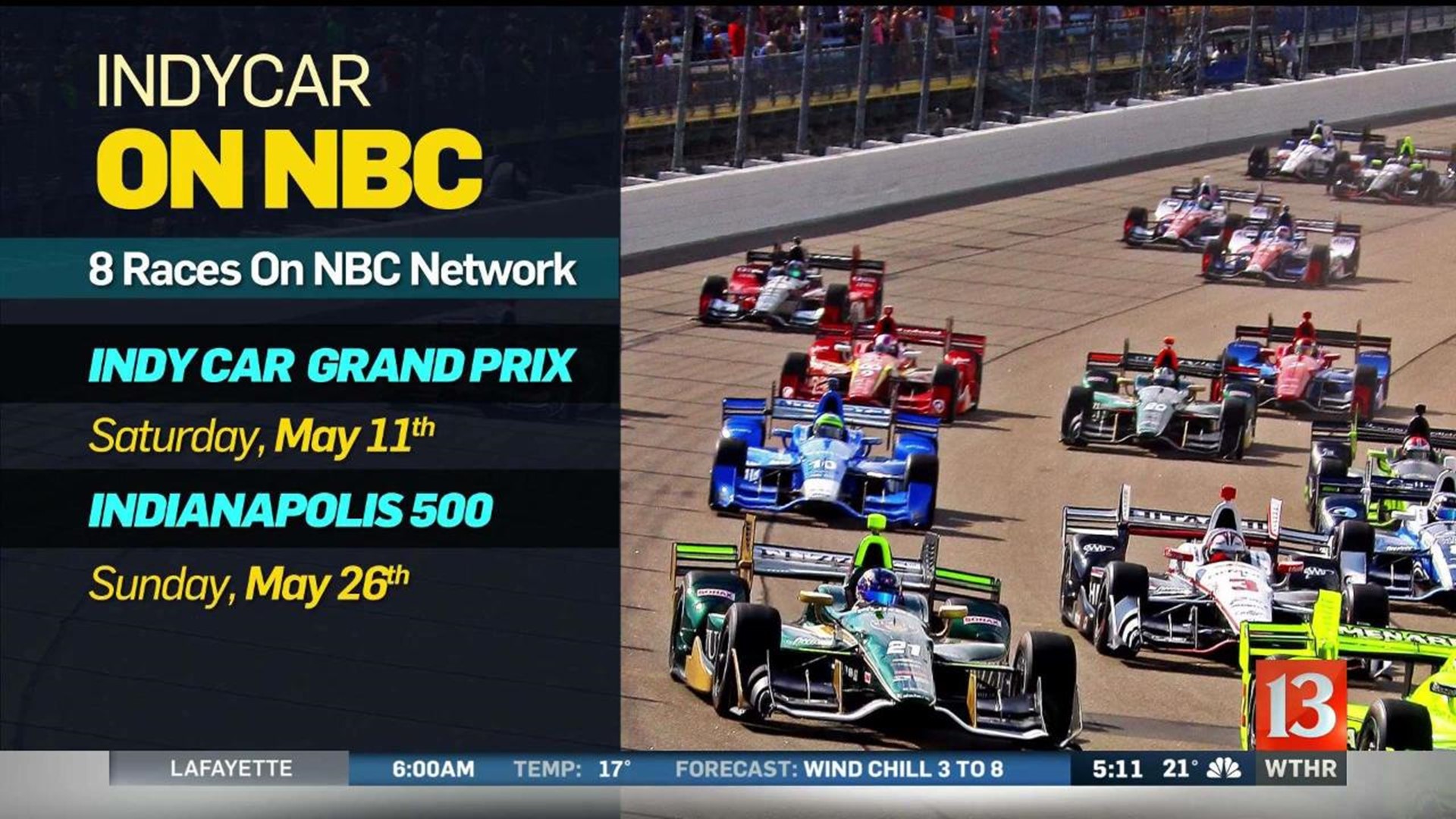 INDIANAPOLIS (WTHR) — It's snowing today so let's talk about May and racing.

Indycar's partnership with NBC Sports Group means you get to watch not just the Indianapolis 500 this year, but the Grand Prix as well on Saturday, May 11.

That road course race kicks off the month of May the right way.

The Indianapolis 500, “The Greatest Spectacle in Racing,” the largest single-day sporting event in the world, will also air on NBC for the first time this year on Sunday, May 26.

“As the exclusive home for INDYCAR, NBC Sports will provide fans with more INDYCAR coverage than ever before in 2019,” said Jon Miller, president of programming for NBC Sports and NBCSN. “From centralized, seamless coverage on NBC and NBCSN to unparalleled support surrounding the 103rd Indianapolis 500, one of the most prestigious events in all of sports, NBC Sports will super-serve INDYCAR Nation through its best-in-class television, digital, production and marketing assets.”

The Grand Prix and Indy 500 are just two of the races that will air on NBC with even more on NBCSN.

The 2019 IndyCar Series season kicks off on NBCSN with the street race in St. Petersburg, Florida (Sunday, March 10). INDYCAR’s inaugural race at Circuit of the Americas (Sunday, March 24) also will be on NBCSN.

Here's the full schedule of races you can see: