IndyCar driver Pippa Mann has announced plans to return to the Indy 500 and she's doing it with a new partner. 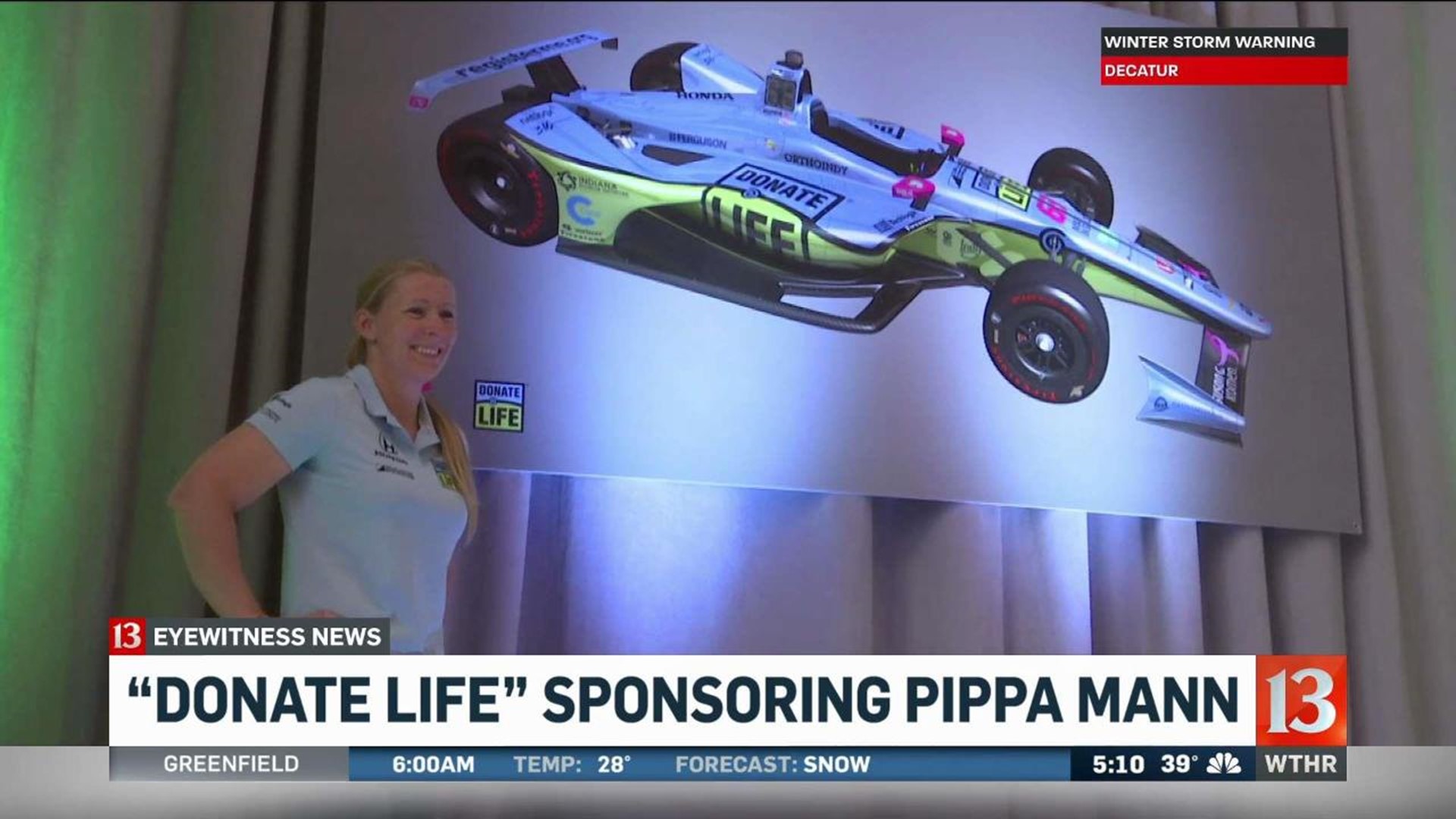 INDIANAPOLIS (WTHR) - IndyCar driver Pippa Mann has announced plans to return to the Indy 500 and she's doing it with a new partner.

Mann's new sponsor is Donate Life Indiana, a cause she admits she once knew little about.

"Abstractly, I knew about waiting lists, I knew about organ donation and transplantation and I knew for this life to continue, there had to be donors," Mann said. "But somehow, this had always been something that other people did. Selfless people, good people. People who were these amazing heroes to the core. People like my teammates."

Those teammates include Justin Wilson and Bryan Clauson. Both died following crashes on the track and each saved five lives through their donations.

Mann's new sponsorship allows her to share their legacy and hopefully inspire.

"We want to reach out to teens, who just like me when I was a teen, might not otherwise be thinking about their donations decision or thinking about having that conversation with their parents," she said.

This year at the #Indy500 I am honored to be representing another cause close to my 💚. https://t.co/rGjv2WDRBu#IndyCar #DonateLife #ThisIsMay pic.twitter.com/c3nBse72Sd

As a spokeswoman for Donate Life Indiana, she will now travel around the state, going into schools and speaking to students and teachers about organ and tissue donation.

Nearly four million Hoosiers have registered to be a donor and there are nearly 115,000 people waiting for a life-saving transplant.

One of those saved is David Peck, who 13 years ago became the first person in Indiana to receive a small bowel transplant. Peck shared his emotional story during Mann's announcement event at the Indiana State Museum.

Mann has driven in the Indy 500 six times, including five with Dale Coyne Racing, the team she'll drive for in the May 27 race. She'll join Sebastien Bourdais, Pietro Fittipaldi and Conor Daly on the team and drive the No. 63 car.

She is the second woman who will attempt to qualify for this year's race, joining Danica Patrick in the endeavor.