TK talks about his movie star doppelganger, how he 'holds it' during a long race

IndyCar veteran Tony Kanaan has a lot of fun and takes some risks off the track as well. 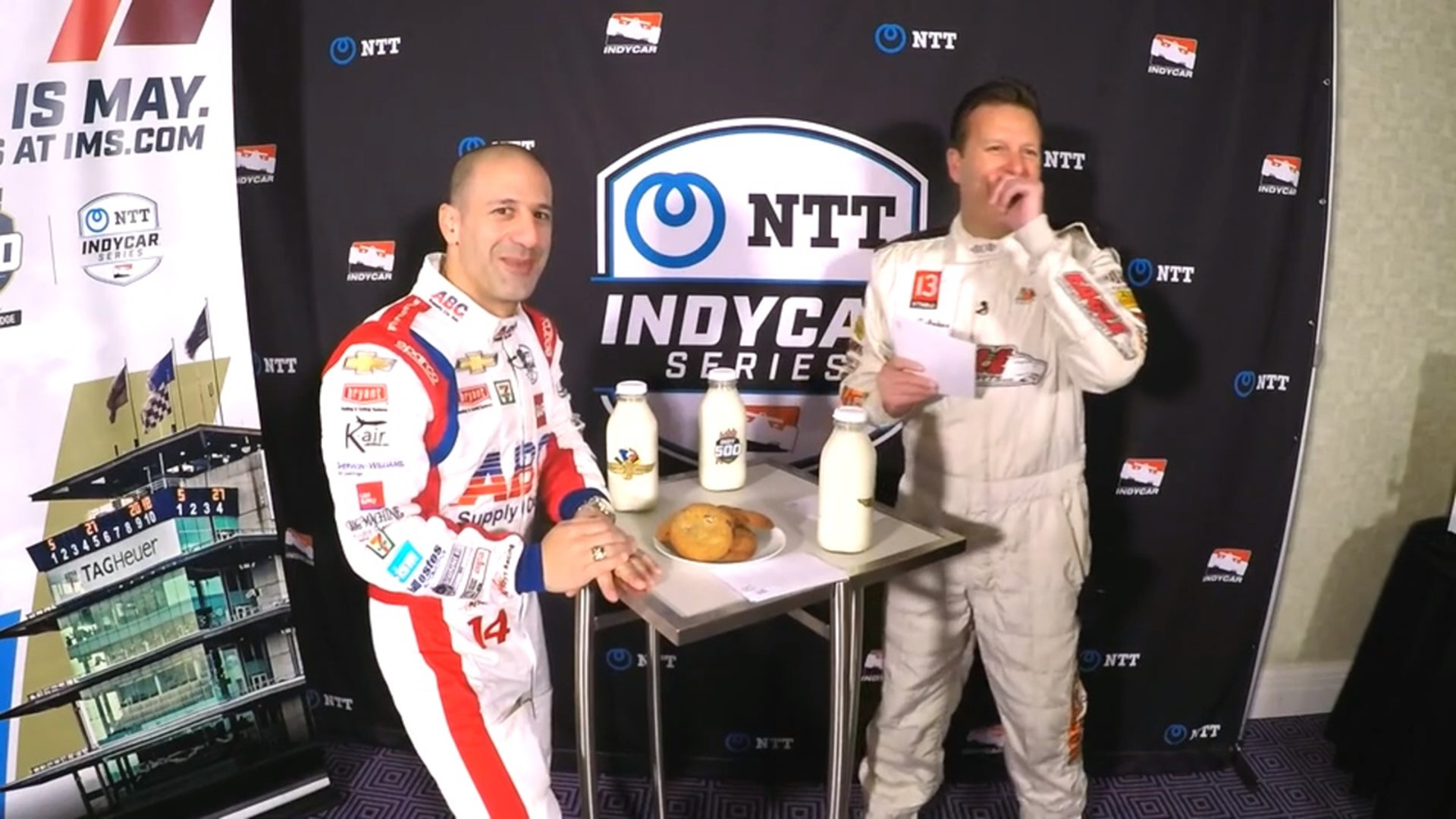 INDIANAPOLIS (WTHR) — Indy 500 winner Tony Kanaan is one of the biggest names in IndyCar.

The IndyCar veteran also has a lot of fun and takes some risks off the track as well.

Driver most likely to get botox:

Most dangerous thing outside a race car:

"Bungee jump. I didn't want to do it actually, it was for a TV like feature. I told the guy I'll go up, but I might not jump. He says 'don't worry about it, lets go up. If you don't want to jump we'll come back down.' So, I went up and was tied with everything. The guy says 'OK' then he pushed me! I was not happy with him!"

"Dixon for sure. The worst? I would say Takuma because he's little. He might be a ninja. Veach is pretty strong! I think Takuma could dodge the ball really quick, but I don't think he would throw it."

"Vin Diesel. When I won the Indy 500 people kept saying I looked like him. I think its the hair style, which there is no hair. Really nice guy."

Most embarrassing song on your playlist:

"So, in Florida I never got one. In Indiana I've dodged a couple. Through my entire life in America I would say...I think very little. Three if I remember correctly. I was maybe 20 over the limit. My fastest one was maybe 82."

First time at the IMS:

"First time I ever step foot in the speedway was in 2002 when I went because I promised myself I would not go to that racetrack if I wasn't going to drive because I wasn't going to spoil the moment. So, 2002 at some point during the month of May. It was just goose bumps and there is just this energy and vibe when you drive through the tunnel and come back up that I don't know if I can explain it but its magical. It happens every time."

To pee or not to pee:

"For me, the way my body works um, I think the adrenaline kinda like blocks everything. I remember back in the day, I wasn't doing the 500, but we had a long yellow in Australia it was raining a lot and we stayed yellow for a long part of the race and I really needed to go. I tried and I don't think... if I'm going to describe it... sitting in a race car with a six-point belt pressing on your stomach, bladder, everything and everything else, I couldn't do it. It wouldn't come out. I never peed."