Simon Pagenaud might just be an Helio fan...or critic 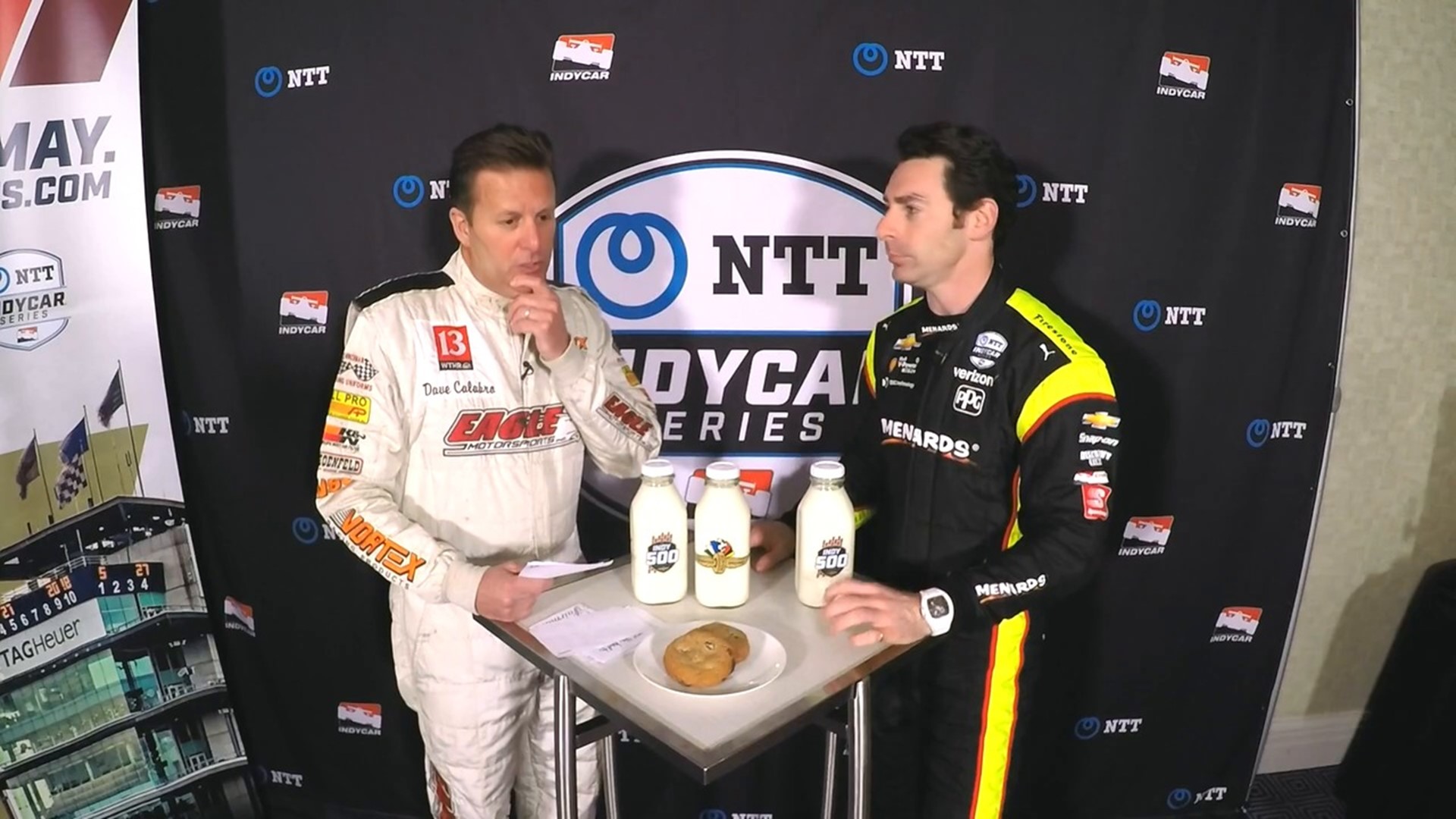 INDIANAPOLIS (WTHR) — IndyCar driver Simon Pagenaud nearly won the 2015 Indianapolis 500. The French driver has secured himself as one of the best on the track.

But off the track, Pagenaud has a lot of feelings (healthy or not) about Helio Castroneves and he shared them over milk and cookies with Dave Calabro.

Driver that takes the most selfies:

"Helio. He is dancing with the stars champion. I think he won Indy three times. Wouldn't you like yourself?"

One food the rest of your life:

"It already happens, so pasta, chicken, and red sauce."

Driver most likely to get botox:

"Helio. No searching on that. I think he already does it. I don't know that for sure, he looks young, I mean he is 49 or something."

"Why does everyone ask that? Yeah, I do. Kate Beckinsale. She was in the movie 'Underworld.'"

"This guy. I would just dare any Indy car driver to try to beat me at cooking. On NBC the other day they tried to make it sound like I wasn't the best at that... but I am. I cook everyday first of all, just to make my lunch, and then I add different sauce to make it taste different or to make it exciting. But I cook easy, two days a week."

Last driver to pick up the tab:

"Helio. Why are you asking all those questions about Helio?"