These drivers have some funny personalities. We were looking for a way to let you meet the REAL people behind the helmets!

INDIANAPOLIS — My favorite time of the year is here — it's May! The Indy 500 is unlike any other sport! From the pageantry to the thrill of 33 drivers going 225 miles an hour. But, the personalities truly make the Indy 500 special.

Top athlete in another sport

DAVE: If you could be a top athlete in any other sport, who would you be and why?

JACK HARVEY: I was very unprepared for that.

WILL POWER: I've kind of got into football. American football.

DAVE: Man, you're in Indiana. You sure you want that to be your final answer.

ROSSI:
(bleeped out) He's the best.

DAVE: Oh, I know where you're going….

POWER: Belichick must have just been like… (hangs head.) He must be just kicking himself. It just ruined his whole career. It was like… clearly, it was nothing to do with the coach.

CARPENTER: As much as the Indy crowd may not like it, I guess you'd have to say (bleep.) (picture of Tom Brady appears on screen)

Is there a food that you binged on this past year?

DAVE:  I'm totally into that.

DAVE: Give us your best Helio Castroneves impersonation.

JAMES HINCHCLIFFE: (as Helio Castorneves) Hey, Dave. I gotta tell you something, man! I've been so happy to be back here. Thank you so much… 20 years. It's so nice now to be driving with Mister Mike…. Guys, I tell you, he's just incredible.

DAVE: Do you have pump up music you listen to before the Indy 500? Do you have a playlist or something?

DIXON: Yeah, that's my pre-race ritual is trying… you know, listening to some whales singing or some water stuff in the headphones and go to sleep.

DAVE: You're that calm?

DIXON:
Try to be. Try to be. You gotta get through that first corner, man. You don't want to end your day too early and feel jacked up and put it right in the fence. 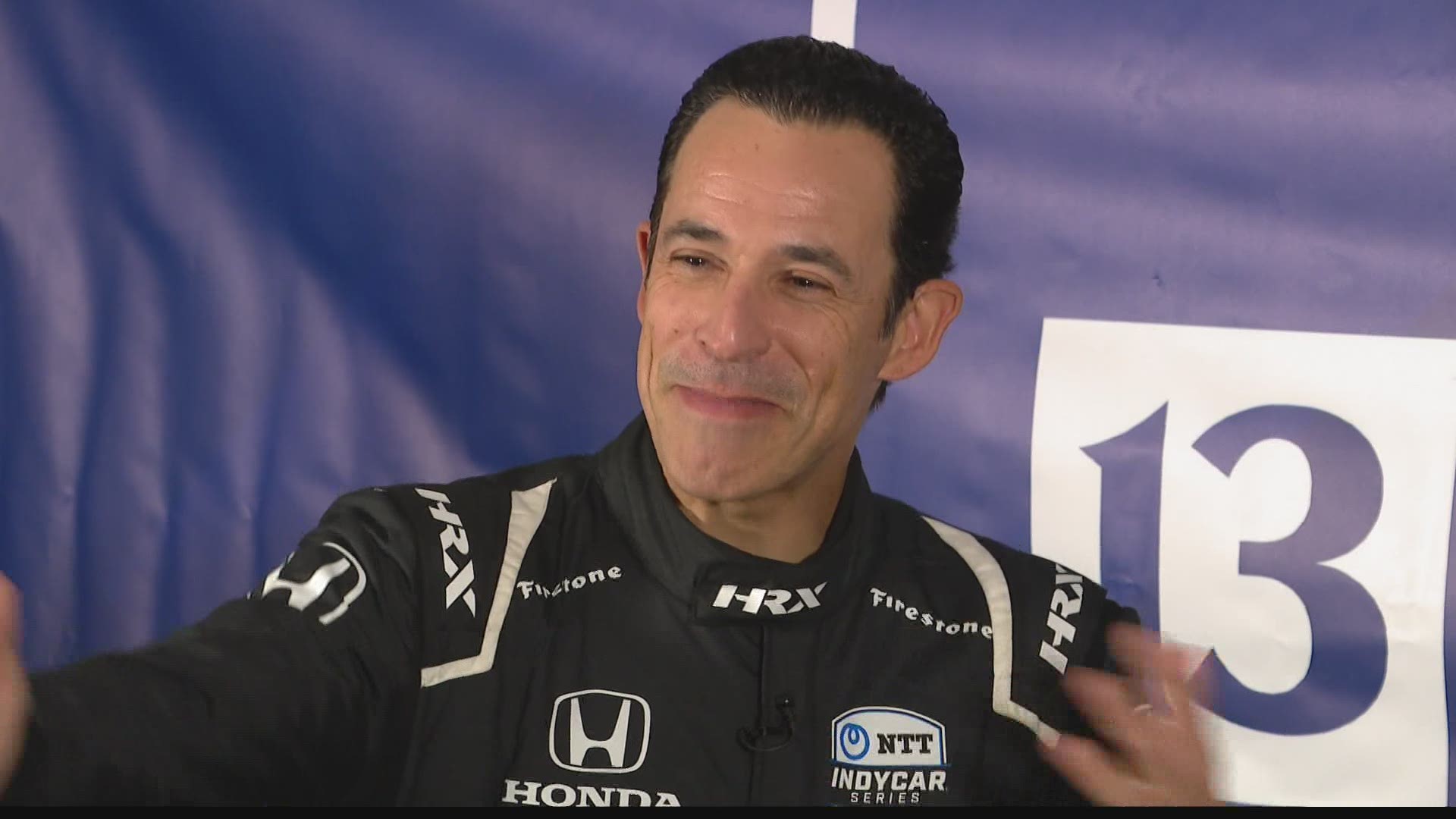