Milk and Cookies: IndyCar drivers on who they want to beat and burning calories

These drivers have some funny personalities. We were looking for a way to let you meet the REAL people behind the helmets! 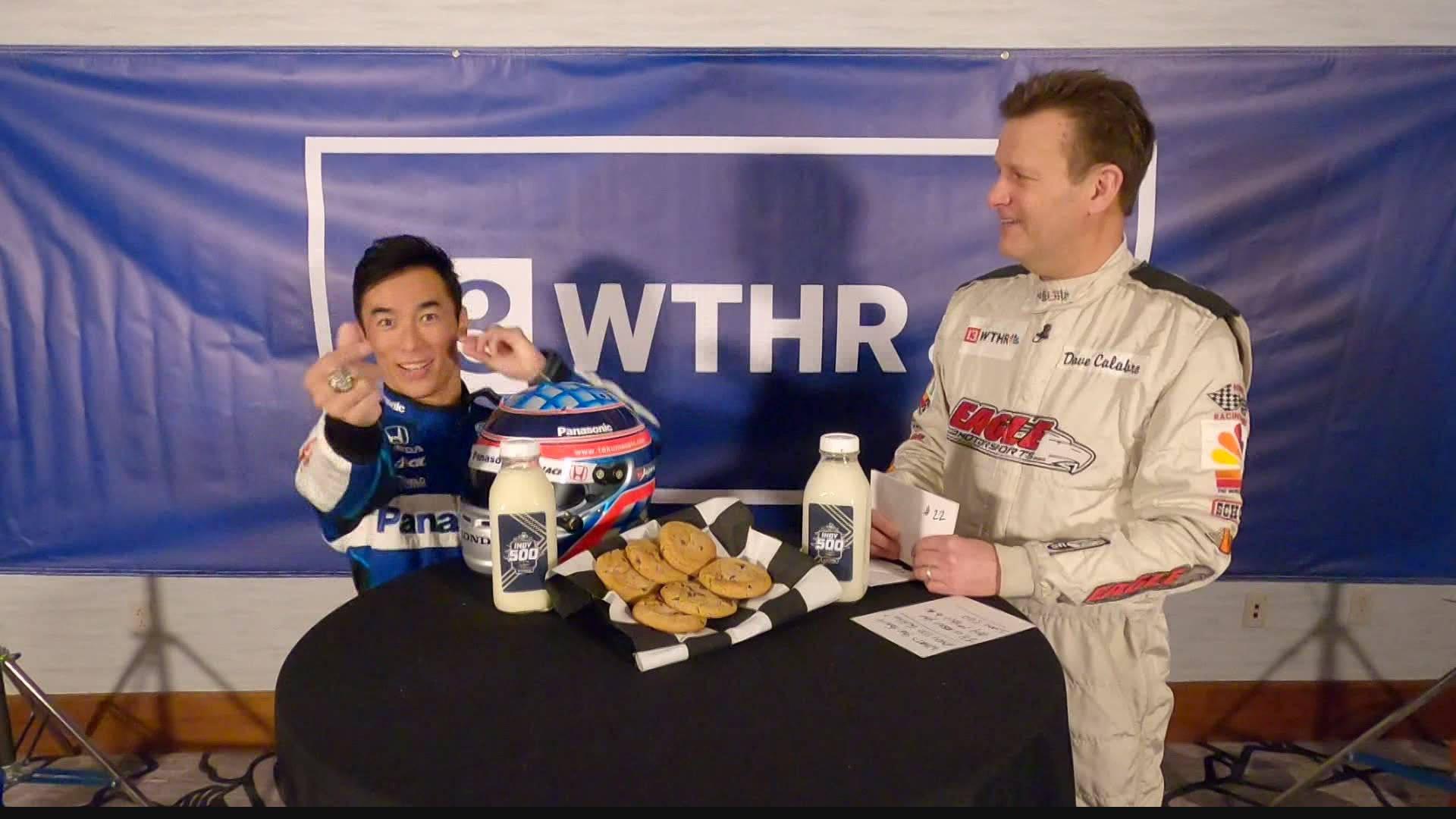 INDIANAPOLIS — My favorite time of the year is here, It's May! The Indy 500 is unlike any other sport! From the pageantry to the thrill of 33 drivers going 225 miles an hour. But, the personalities truly make the Indy 500 special.

DAVE: How many calories do you think you burn during the 500?

DAVE: And then what about workout routines?

HUNTER-REAY: Workout routine. Swimming. And I’ve been really into the Peloton lately. Ummm, not sponsored, so I probably shouldn’t have said that by name.

DAVE: How many calories do you think you burn during the Indy 500?

DAVE: I’m the same way, man. You wouldn’t believe how many calories I burn.

CASTRONEVES: I believe you. (silently mouths, “No.”)

CASTRONEVES: Tony Kanaan put me into this program with a bicycle, and let me tell you, man…ugh. I want to kill him. No. Figure of speech. (laughter) I want to hurt him. Let’s put it this way, because it is brutal.

DAVE: Helio Catroneves. Can you do an impersonation of him?

TAKUMA SATO: Oh, like this? (snapping fingers on both hands.)

JOSEF NEWGARDEN: As Castroneves: Hey, guys! It’s Helio Catroneves. We’re here at the Speedway. Team Penske. Our car is super fast. I can’t wait. I hope to see you there!

NEWGARDEN: That’s how he is.

Who do you want to beat?

DAVE: It’s the last lap of the Indy 500. Which driver would you like to beat to the finish line?

GRAHAM RAHAL: I mean, I’d like to beat Scotty [Dixon.]

DAVE: That’d be a tough one.

POWER: To beat him to the line, that would be really good.

SCOTT McLAUGHLIN: Scott Dixon. He’s a hero of mine, and I’ve watched him race and watched him win.

DAVE: Who would you like to beat to the finish line?

DAVE: Wouldn’t that be nice?

KANAAN: Oh, I’d make fun of him for the rest of his life.

DAVE to Scott Dixon: Now, a lot of guys said you.

DAVE: Which is… that’s a pretty neat compliment.

DIXON: Well, it’s happened quite a bit. I don’t know. For me, I’d say Sato. You know, if Dario [Franchitti] were still racing, I’d say Dario.

DAVE: But you’d like another shot at Sato wouldn’t you?

DAVE: Give you five laps. Or one lap.