At the age of 79, Mario Andretti is showing no signs of slowing down. 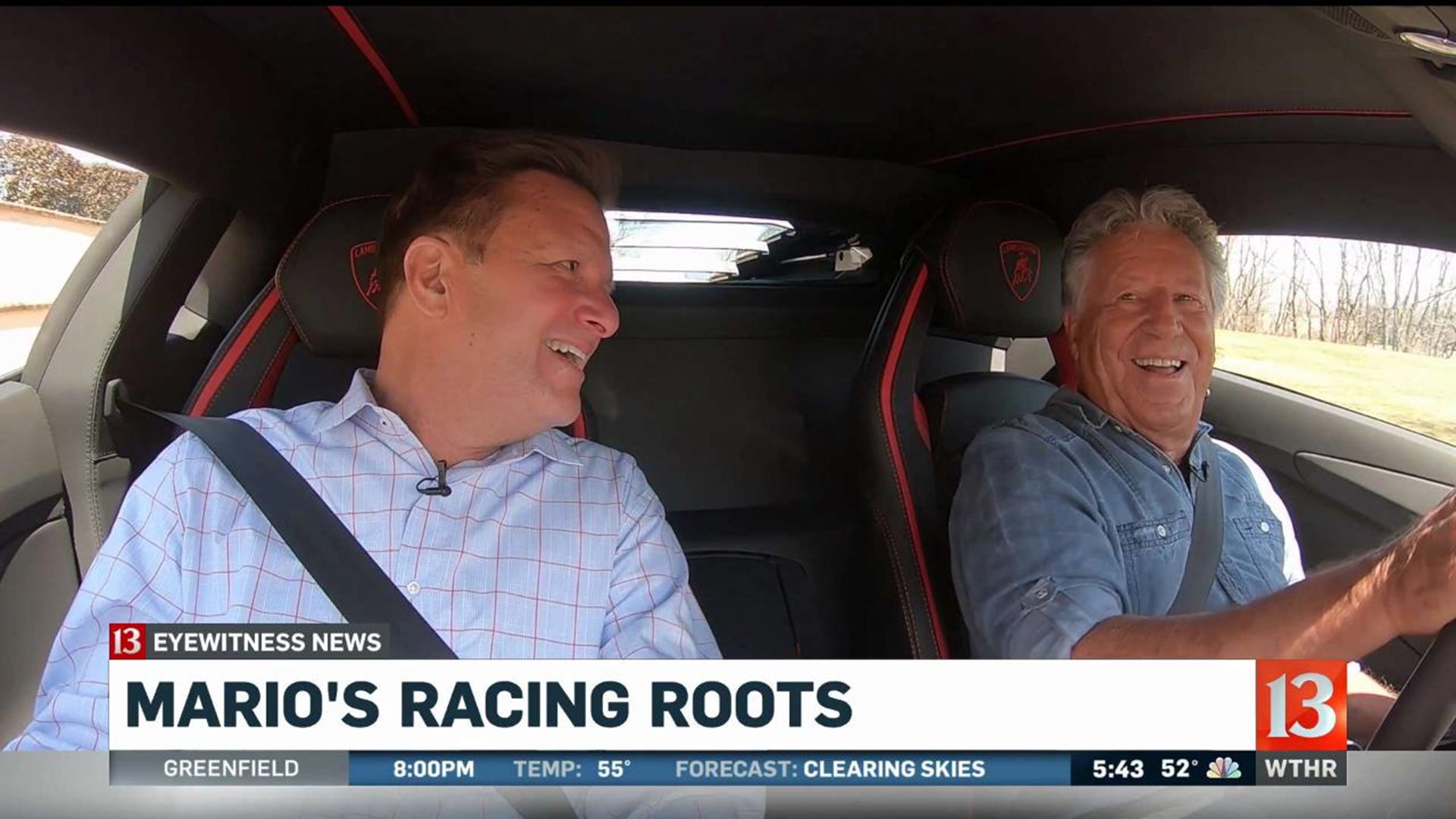 NAZARETH, Pa. (WTHR) - The Lehigh Valley in Pennsylvania is far away from the hustle and bustle of the fast lane.

From opera music to fast cars, Mario Andretti loves all things Italian. At age 79, he's not slowing down.

Mario's need for speed started in the small Pennsylvania town of Nazareth when his family moved there from Italy when he was just 15. Just down the street from the school he attended, you'll find Victory Lane, named in his honor.

Just outside of town is Mario's mansion, complete with a long, winding driveway, that he drives as if he's maneuvering the streets of Monaco.

"Oh my goodness, you're crazy. When are you going to mature? You're like a 10-year-old. That scared me," Eyewitness News sports director Dave Calabro says.

Mario made millions with that unique driving talent and built his lavish house. It's all about hosting friends and family.

"That's what really makes everything worthwhile, but when you have a good solid family life, I think everything else just has a way of just fall in the right place," Mario said.

He won over 100 races in his career. Strolling through his house, you can see and feel his success.

"It comes back to you, it really does," Mario said. "In fact, I surprise myself many times, you know, how these moments become vivid."

Mario started racing when he didn't even have a driver's license. In fact, he had to keep it a secret from his dad.

"When he found out that we were racing, following the air, all hell broke loose," Mario said.

Down in his massive man cave, there are more memories and the spoils of success, complete with a wine cellar.

There are plenty of photos from the past, where history literally comes to life.

"Indy was definitely the icing on the cake," Mario said of his 1969 win in the Indianapolis 500. "I feel that we were blessed, actually. Not cursed in any way. I just totally don't go along with that at all."

He shares his rags-to-riches story with Dee Ann, the love of his life, to whom he was married for 56 years. She passed away last summer.

"We've been together a lifetime," Mario said. "We started everything together and she is the one that held it all together throughout this, with Barbie and the two boys."

Mario clings to those memories and keeps on, sharing his house with a special friend, his dog "Gonzo."

No visit to Mario's is complete without one of his favorite meals - a pizza delivery, of course. A veggie pizza with ground beef, along with some of that smooth Andretti wine.

"Who knew we were going to be drinking wine 50 years later," Mario said.