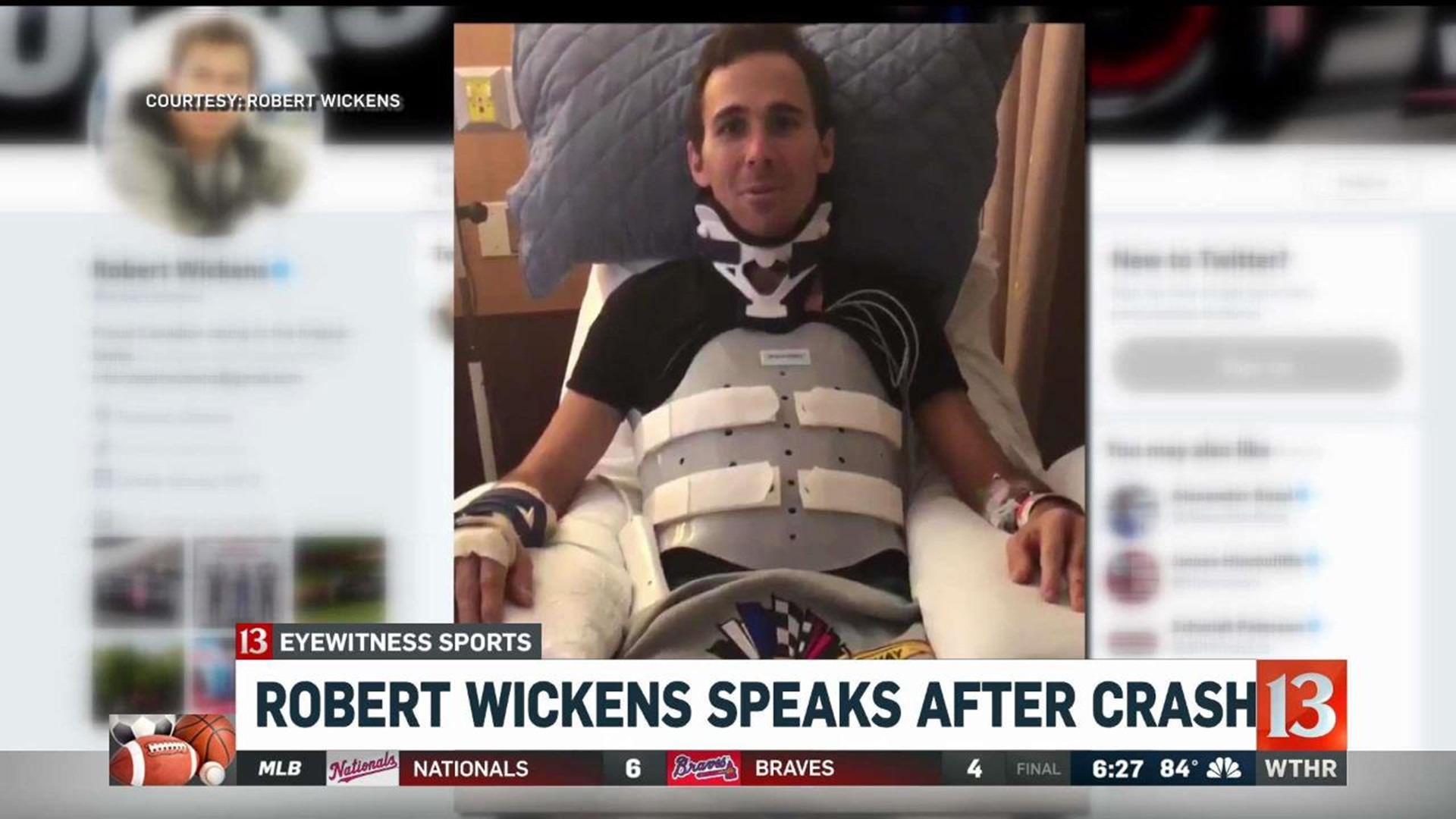 (WTHR) – IndyCar fans are hearing from driver Robert Wickens for the first time since he fractured his spinal cord and neck when he crashed at Pocono Raceway.

Wickens says all of the kind words and positivity from fans have meant the world to him and his family.

Just a few words from Rehab, also good-luck to everyone in Sonoma this weekend! pic.twitter.com/7TD7pHnp4N

Wickens ended the short message by wishing everyone good luck at Sonoma.

You look great @robertwickens. We can’t wait until you are back on the track with us. #GetWellWickens https://t.co/VFzHsrLDqF