This should have been Miller Light Carb Day – the day that kicks off race weekend in the racing capital of the world. 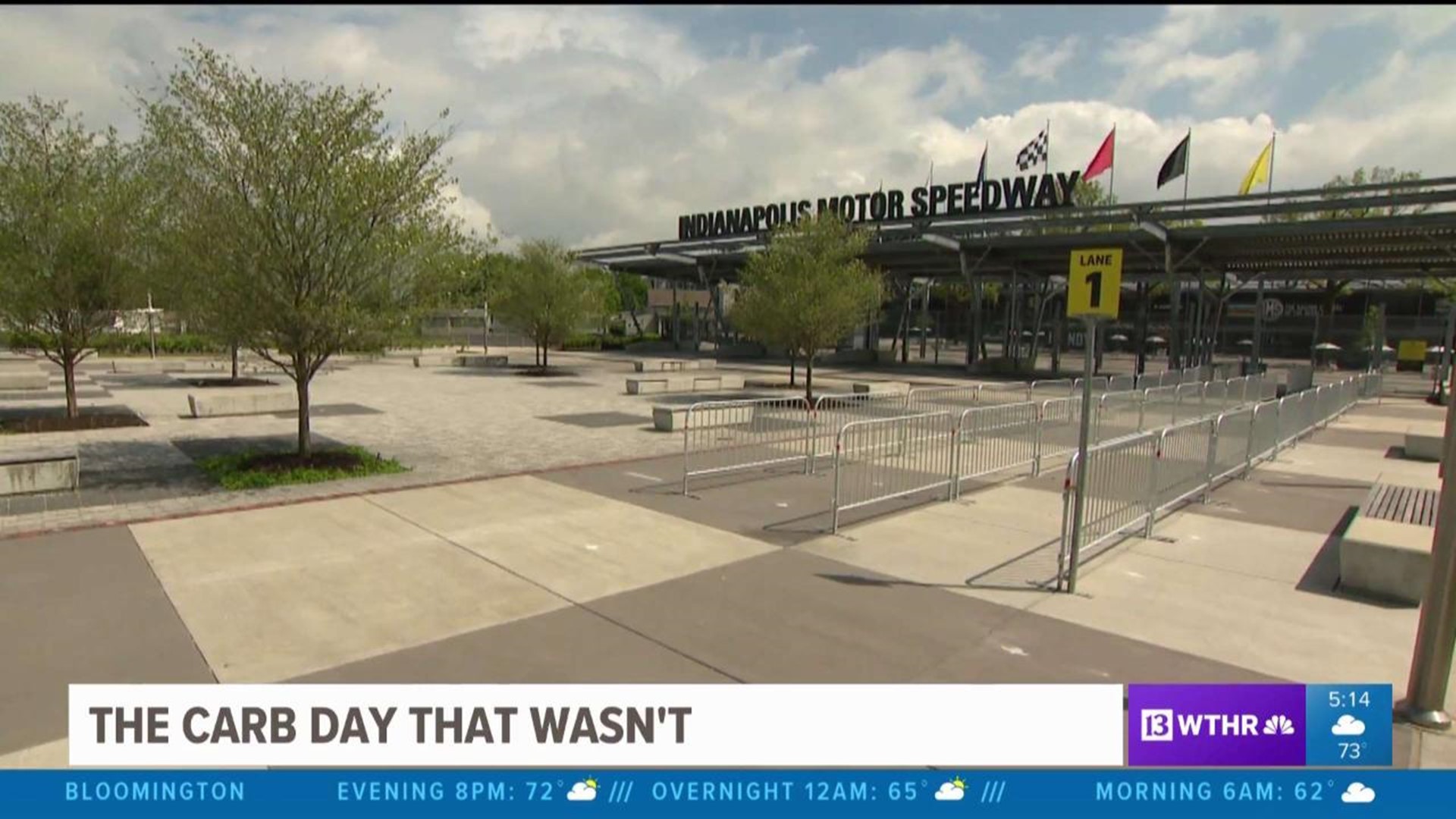 SPEEDWAY, Ind. (WTHR) — On what should've been one of the biggest days of the year at the Indianapolis Motor Speedway, the only roaring engines Friday came from lawnmowers in the neighborhood across the street.

Indeed, this year of COVID-19 has been a strange one. This should have been Miller Light Carb Day – the day that kicks off race weekend in the racing capital of the world. Instead, the Indy 500 and surrounding events have moved to August.

But that didn’t keep some long-time race fans from stopping by the famous track.

“I said this virus is not gonna keep me from coming,” said Brett Stevenson of Muncie, who said he didn’t want to break his 43-year tradition of traveling to IMS for Carb Day. “I've been coming down since I was 12 years old. My dad took me and we just kept coming.”

“It’s too quiet,” said Elizabeth Brown, who also stopped to walk around IMS even though Carb Day was delayed. “We’ll be back in August, definitely,” she said.

All was not cancelled, though. IMS offered virtual Carb Day events and activities online Friday, including a special show featuring Indy 500 winner Will Power along with musicians who’ve performed at Carb Day in years past.

NBC will air an Indianapolis 500 special on Sunday, May 24 – what would have been race day.

The presentation will feature a pre-race conversation with the trio at the Indianapolis Motor Speedway.

13News' Dave Calabro and Taylor Tannebaum will also be at the track beginning at 9 a.m. to talk about missing race day, reflect on last year's epic race and look forward to August!

This year, the Indianapolis 500 will run August 23.