The Borg-Warner Trophy, the 500 princesses and IndyCar driver James Hinchcliffe all stopped by to make Jasper's wish come true. 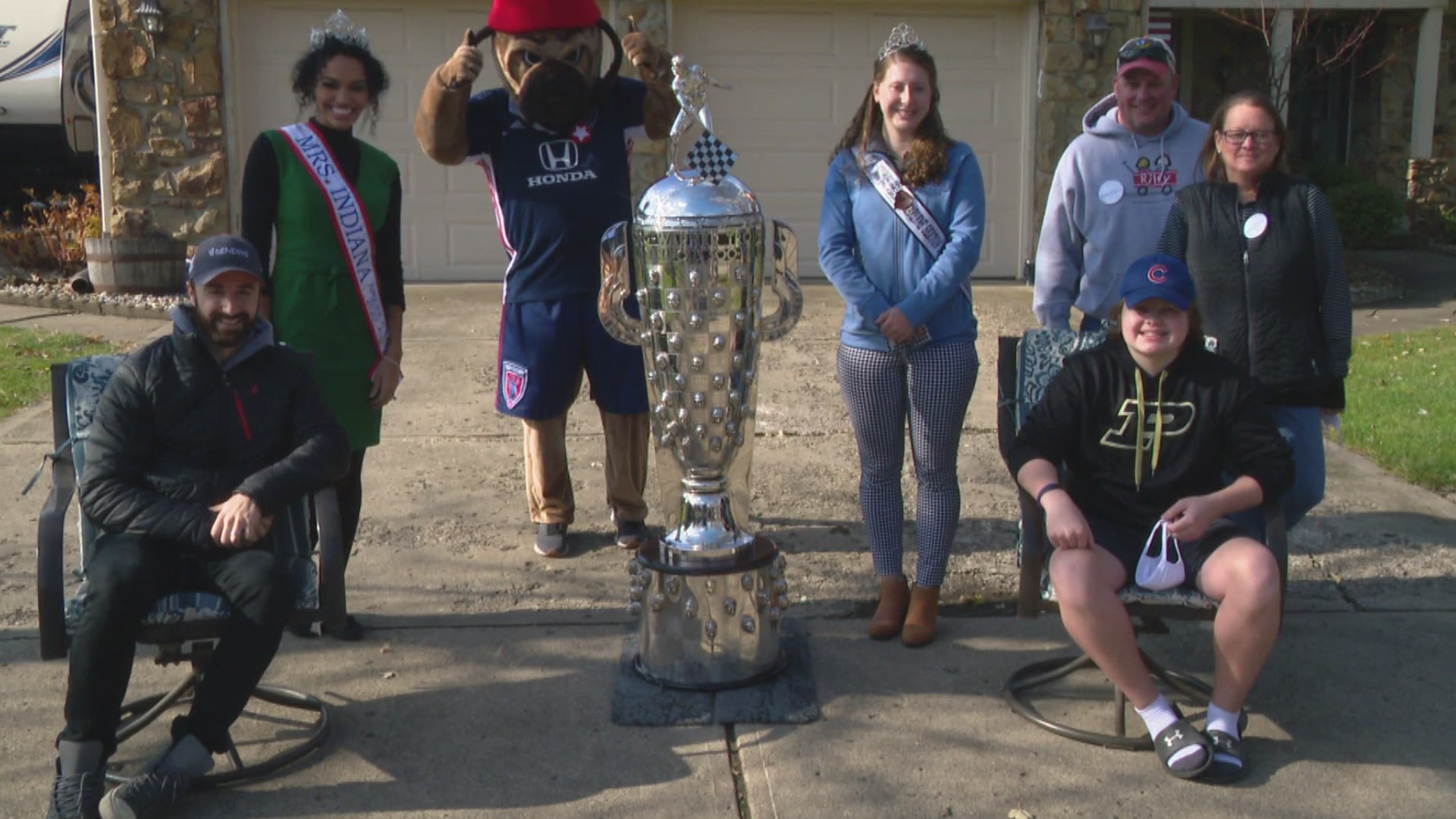 GREENWOOD, Ind. — With Thanksgiving just a few days away, it's the perfect time to give thanks and to give back.

IndyCar driver James Hinchcliffe is doing just that and in spectacular style.

On Monday, Hinchcliffe helped put together a surprise Make-A-Wish parade for a 15-year-old Greenwood boy who is battling leukemia.

Jasper Lenglade wished for an iRacing simulator and got it delivered in memorable fashion.

Hinchcliffe brought along the Borg-Warner Trophy, the 500 Festival princesses and an Indy Racing street car and drove past Jasper's home.

We are so honored to be a part of the Make-A-Wish Foundation's ultimate racing event and to bring the excitement and energy from the track to Jasper's neighborhood!🏎️🏆 #WishGranted@makeawishohkyin @IMS @Hinchtown @IndyCar pic.twitter.com/dbZzITo3Y1

Happy wish day to Jasper! A lover of the Indy500 his wish to have an iRacing Simulator came true in a BIG way! ⭐️ 🏁 #wishgranted @BorgWarner@IndyCar @hinchtown@Indyhonda@Indy_hyundai pic.twitter.com/w6zSFTtji8

"Being able to give kids, like, something that they want for overcoming some of the biggest obstacles they will face in their life...I think that's really cool," Jasper said.

"I think anybody who's been through here and been affected by Make-A-Wish and impacted by them can just speak volumes for what they do and how they help people, so anytime we can come out here and meet great people like Jasper and hear some of their stories, it's an increasingly cool experience," Hinchcliffe said.

The IndyCar veteran, who Jasper said is his favorite driver, even helped get the teen started on his new simulator with a few virtual laps around the Indianapolis Motor Speedway.

Actually turning i racing laps around @IMS on the new simulator under the watchful eye of @Hinchtown. "Jasper hit his marks and did a great job. He asked some really good questions too."@FollowAndretti @BorgTrophy @makeawishohkyin @IMS https://t.co/QYodm6vRMj pic.twitter.com/RbYFDshb2D

"Jasper hit his marks and did a great job. He asked some really good questions too," Hinchcliffe said.