The shirts are available for pre-order right now and will be shipped on or after May 14. The cost for a shirt is $32. 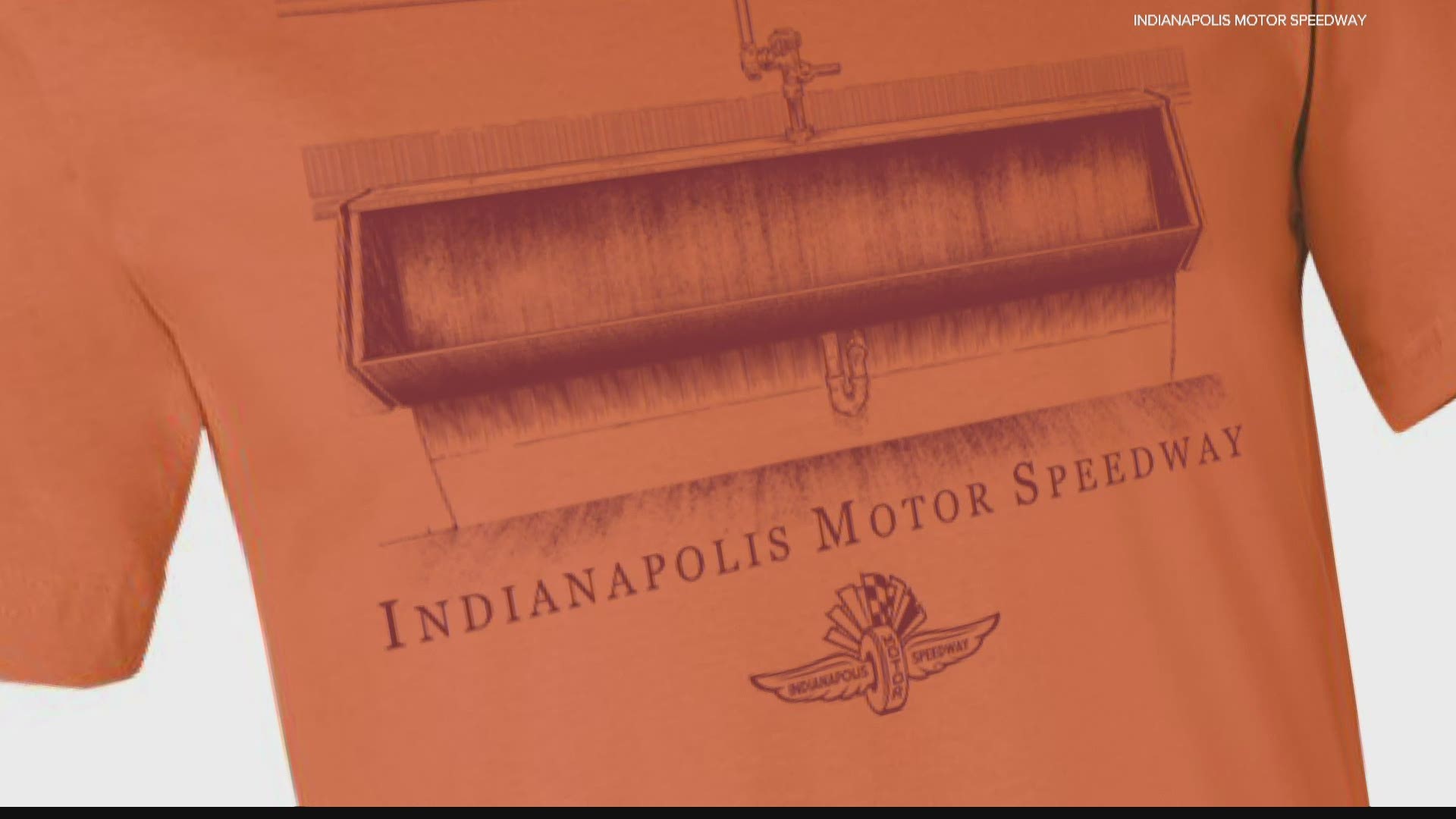 SPEEDWAY, Ind. — Any trip to the Indianapolis Motor Speedway is memorable, but one thing a guy will never forget is the urinal troughs in the bathrooms.

The IMS is commemorating those awkward moments with a special edition "IMS Urinal Trough T-Shirt." The orange shirts feature a sketch of the infamous troughs with Indianapolis Motor Speedway wording and logo.

The bathrooms were painted and modernized over the last year. The old urinal troughs were ripped out... and then replaced with new troughs.

"People were concerned about the troughs. It was part of the Indianapolis experience." said Doug Boles, IMS President. "It is really part of the experience for a lot of folks. It is hard to believe."

We heard during facility improvements that EVERYONE has an opinion on the men's restroom fixtures. In honor of that argument, we have a special edition T shirt. You can order online now or in limited quantities @IMS. No explanation. If You Know, You Know. https://t.co/kk8QCfPn9k

It's definitely only a guy thing. On race day standing shoulder to shoulder, feeling relaxed and relieved as you hang out with 50 people you don't know.

Boles said he got calls from race fans who wanted to buy the old troughs. He came up with the idea of honoring the lowly trough with its own shirt. Even IMS owner Roger Penske liked it.

"It took a little bit of time to get Roger to get a smile on his face," Boles explained. "But as soon as I saw that smile, I was off and running."

The shirts are available for pre-order right now and will be shipped on or after May 14. The cost for a shirt is $32.

Credit: WTHR
One of the urinal troughs in the men's bathrooms at the Indianapolis Motor Speedway.

The bathrooms are only part of $15 million worth of improvements for fans. There is a grander entryway, dozens of new video boards, better cell phone service and lots of new paint and polish.

"I think it is going to make people feel more comfortable. Watching he race will be easier and more fun," Boles said.