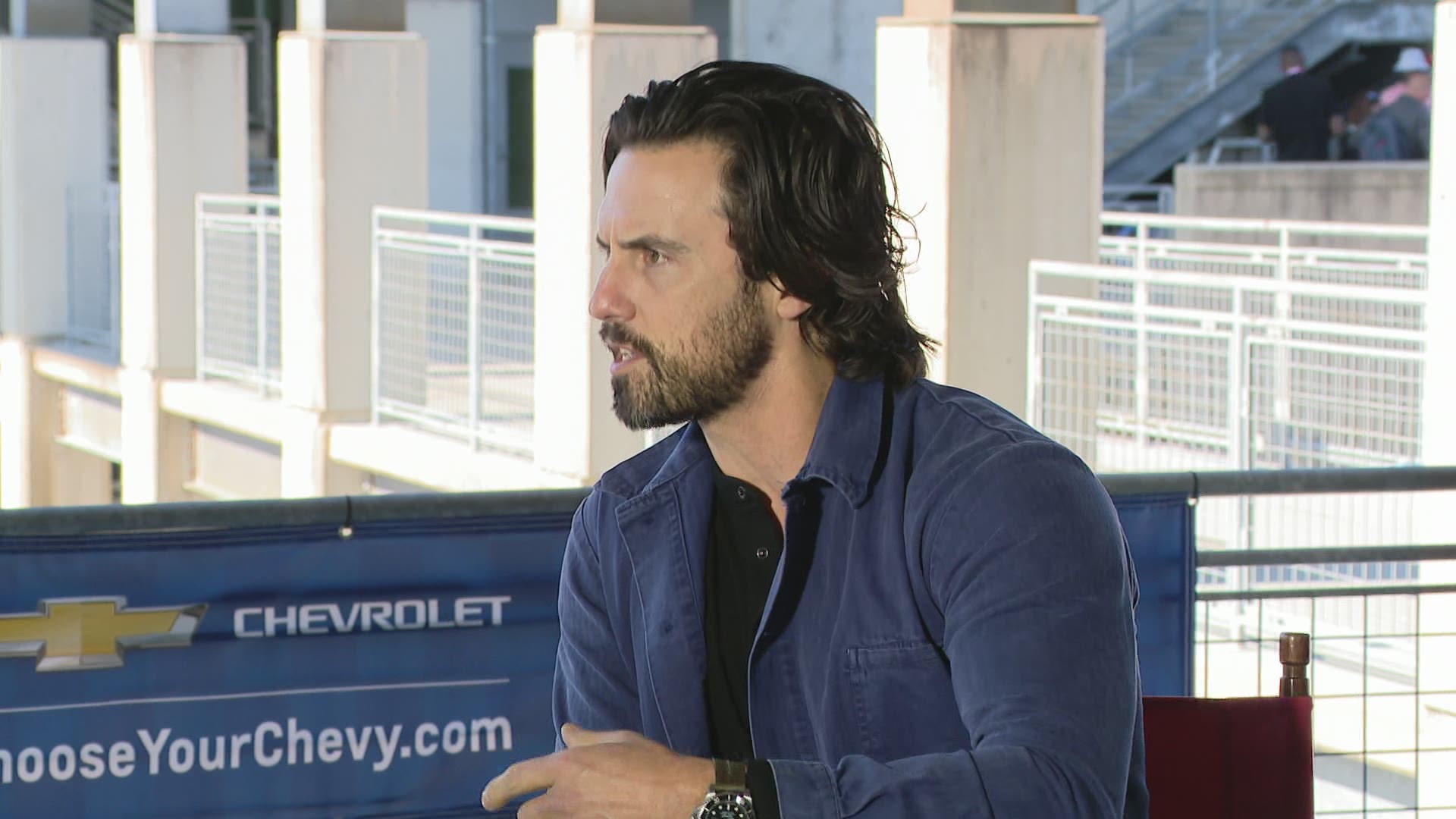 INDIANAPOLIS — "This Is Us" actor Milo Ventimiglia will wave the green flag Sunday, May 30 to start the 105th Running of the Indianapolis 500.

So how does someone get the job of starting "The Greatest Spectacle in Racing?"

"My buddy, Conor Daly, shot me a message and said, 'Do you wanna come to Indy?' I go, 'Yeah!'" Ventimiglia said. "We got out here, and he said, 'Do you wanna wave the green flag, put you on the carpet, give you a tour?' It was kind of overwhelming because I've known about the race, I've watched a bunch of races when I was a kid. I'm a huge race fan, and I know how big this particular venue is, the history of motor sports. To be in invited here, I was like, 'Thanks, IndyCar. Thanks, Doug Boles.' I'm just really happy to be here."

While in Indianapolis, Ventimiglia was treated to a special test drive with 81-year-old 1969 Indy 500 champion Mario Andretti.

"I haven't even talked about it with my dad yet. My dad and I, we watched Mario Andretti race when I was a kid," Ventimiglia said. "When they told me, 'Do you want to take a two-seater around the track and experience what the drivers experience to a degree, I was like, 'Yeah, absolutely.' I was totally down."

Ventimiglia said he's ready to be the official starter of the Indy 500.

"This Is Us" aired its fifth season finale May 25 and will end with its upcoming sixth season, set to air in 2022. Ventimiglia told 13News off-camera that he has already filmed his scenes for the final season.

"I think there's a lot of connective tissue with what the Pearson family's experiencing in the community, the world and real life. It's not a show for one particular group of people. It's kind of for everyone," Ventimiglia said about the fans' connection to the show. "It has got to be one of the best jobs I've every had because of the impact it's had, so I'm grateful. Going into that last season, I'm getting chills now because I know what's coming. I think it's gonna be a really beautiful wrap up."