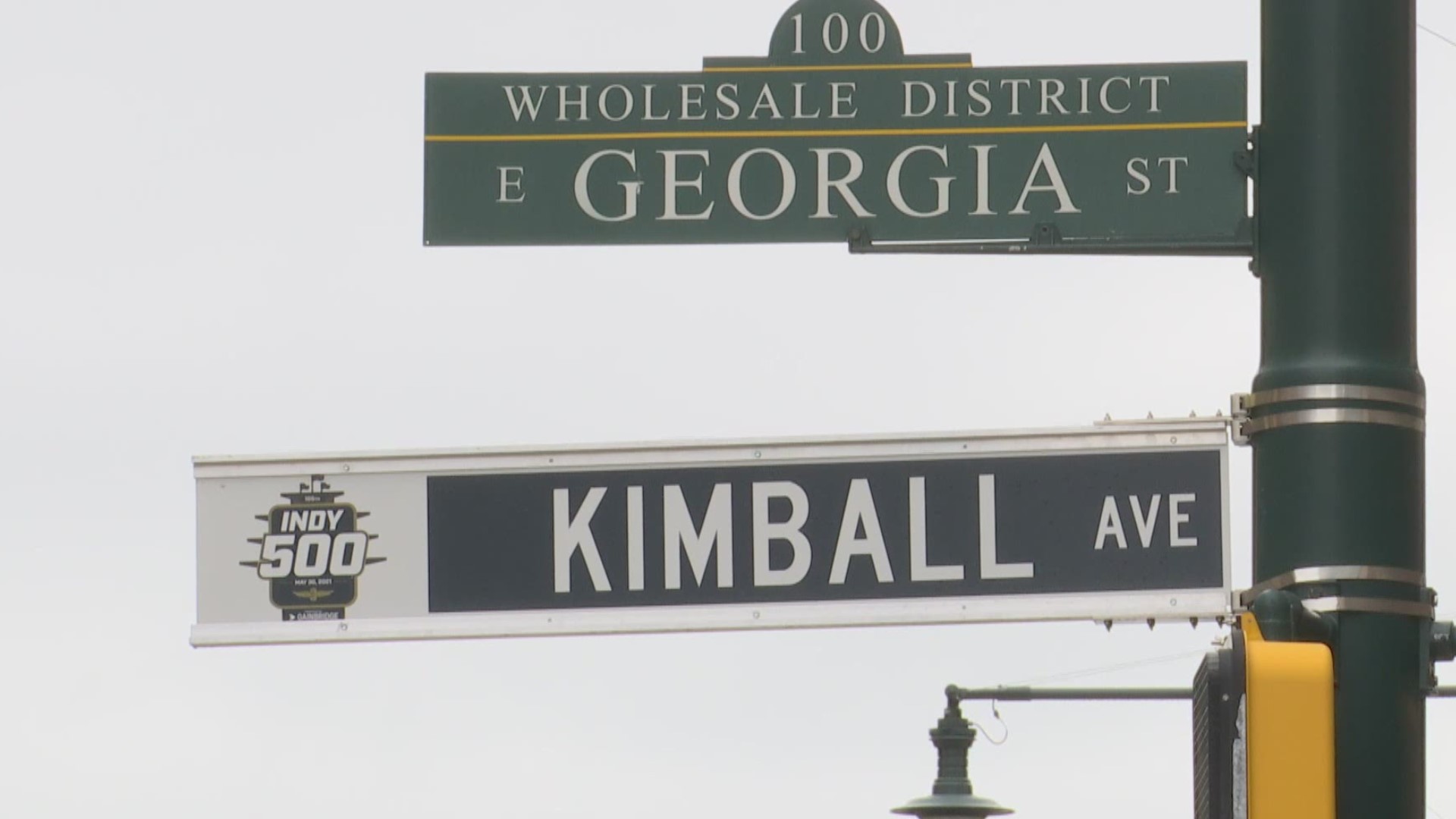 INDIANAPOLIS — The street signs being installed downtown are an unmistakable indicator that the Indy 500 is only a few weeks away.

Three-and-a-half weeks, to be exact.

The pillars around Monument Circle are covered in checkers and street signs with drivers' names are going up, an annual tradition.

On Tuesday, Indianapolis Motor Speedway President Doug Boles did the honors, kicking things off by hanging a sign on the corner of Meridian and Washington streets that reads "105th Running."

The countdown to the #Indy500 continues! @jdouglas4 installed the first street sign moments ago on the Meridian and Washington St intersection!

Be on the lookout all month long for your favorite driver’s streets sign! #INDYCAR | #ThisIsMay pic.twitter.com/kR2x3jkgud

Wilson gets Andretti ride for 500

Andretti Autosport also made a big announcement on Tuesday. Stefan Wilson is returning to the driver's seat to pilot the team's sixth entry for this year's race.

This will be the 31-year-old's third Indianapolis 500. His last appearance was in 2018 with Andretti Autosport, when he held a late lead, but ultimately finished 15th after he was forced to pit for fuel. He finished 28th in 2016.

Wilson said he's been working tirelessly to find a ride to return to the 500 since June 1, 2018 and this year, it finally happened.

"So much has happened in the last four or five weeks, going from literally no partnership to it's happening. And it's happening with Andretti Autosport as well, a team that I've already ran with," Wilson said. "It's the biggest race in the world, you know? It's something, for me, I've spent my life shooting toward. It's the Mt. Everest of racing. It's something you strive for."