Die-hard fans posted up early wherever they could to catch even a glimpse of the race from outside. 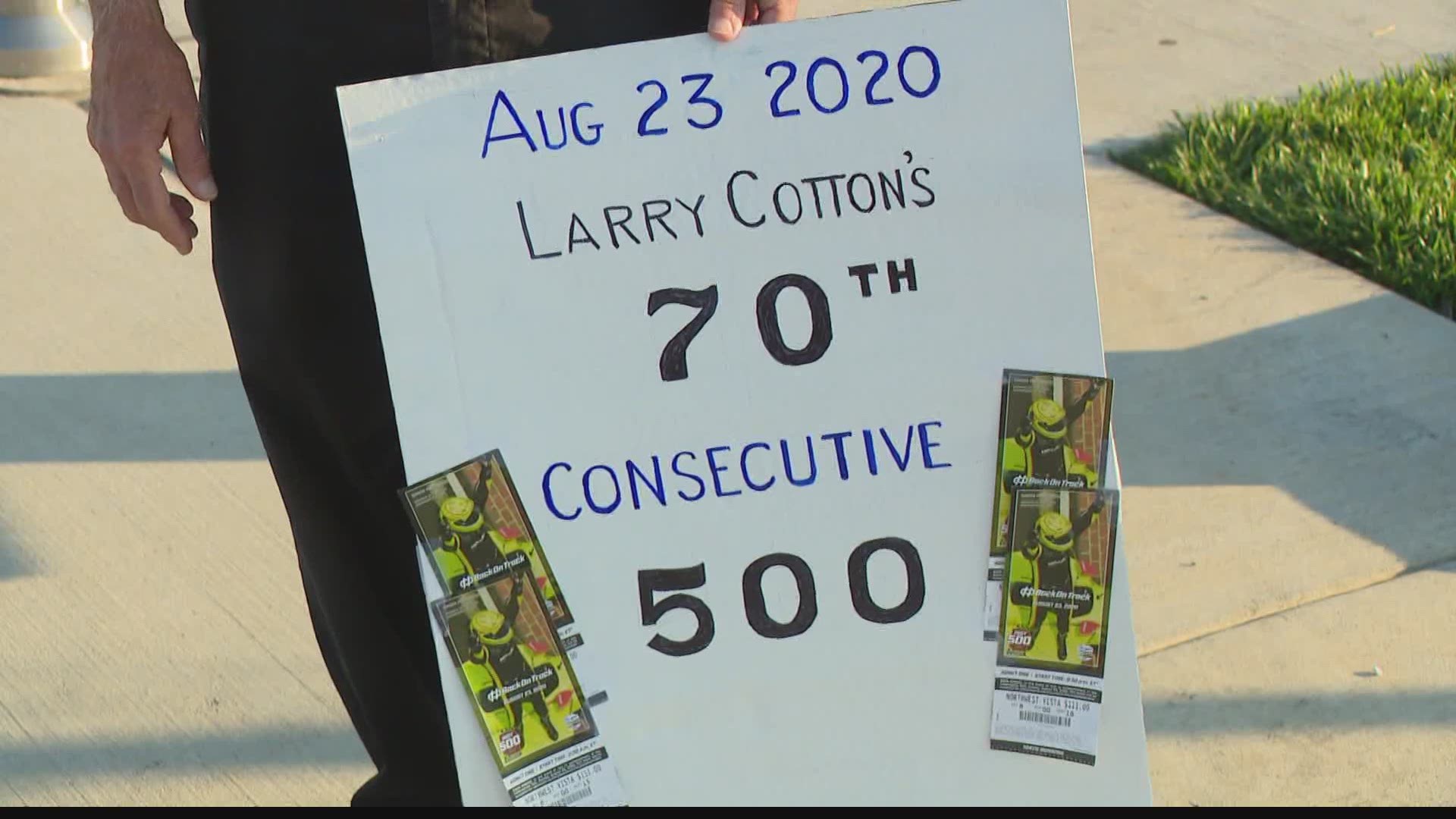 SPEEDWAY, Ind — This year, race fans were not allowed inside the Indianapolis Motor Speedway, but that didn’t stop the faithful from still coming and keep the spirit of race day going outside the gates.

The sun was barely over the track when Dan Chudy and his wife set up their chairs around 7 a.m.—driving from the Chicago suburbs.

“As tradition calls, usually I come here with my family and we walk up and are usually here before the sun is up. This time, we just sat in our car. I was waiting to see who was going to show up, if anybody.”

Chudy has been a fan since 1982 when his dad took him to his first race at 17 years old.

“The first lap, first turn…I couldn’t believe how fast. I was hooked,” he said.

A feeling many die-hard fans know.

“Indy 500 is all about tradition for me, starting when I was born in 1969 with my favorite all-time drive Mario Andretti,” said Julie Calvert, who gathered with family and friends outside gate one.

This year, she hosted a watch party at her home in Speedway instead of sitting in her usual seats.

“It has kind of been nice to experience some things that normally we wouldn’t do,” she said.

For Larry Cotton, his tradition dates back 70 years. He’s also been to every Brickyard race as well.

“1951 and we sat in ‘Grandstand H’ and of course, the big stands and turns weren’t built yet. Actually, Roger Penske’s dad brought him to the race that year too,” Cotton said.

A tradition passed along to his sons and grandsons. His oldest son, Branden, got the racing bug and is now one of the top fabricators in NASCAR.

“I usually get goosebumps, and the hair stands up on arms at the start of the race,” he said.

Before watching the race at home, his family made sure to stop and get a photo of Larry outside IMS.

Other fans call the track home, including Steve Wainscott, who grew up two miles from it.

“The first day of May was like New Year’s Day in our family,” he said. “For us true race fans, there is no other place to be than right here on race day.”