Unser will be remembered at a service in New Mexico, starting at 1 p.m. Eastern Time. 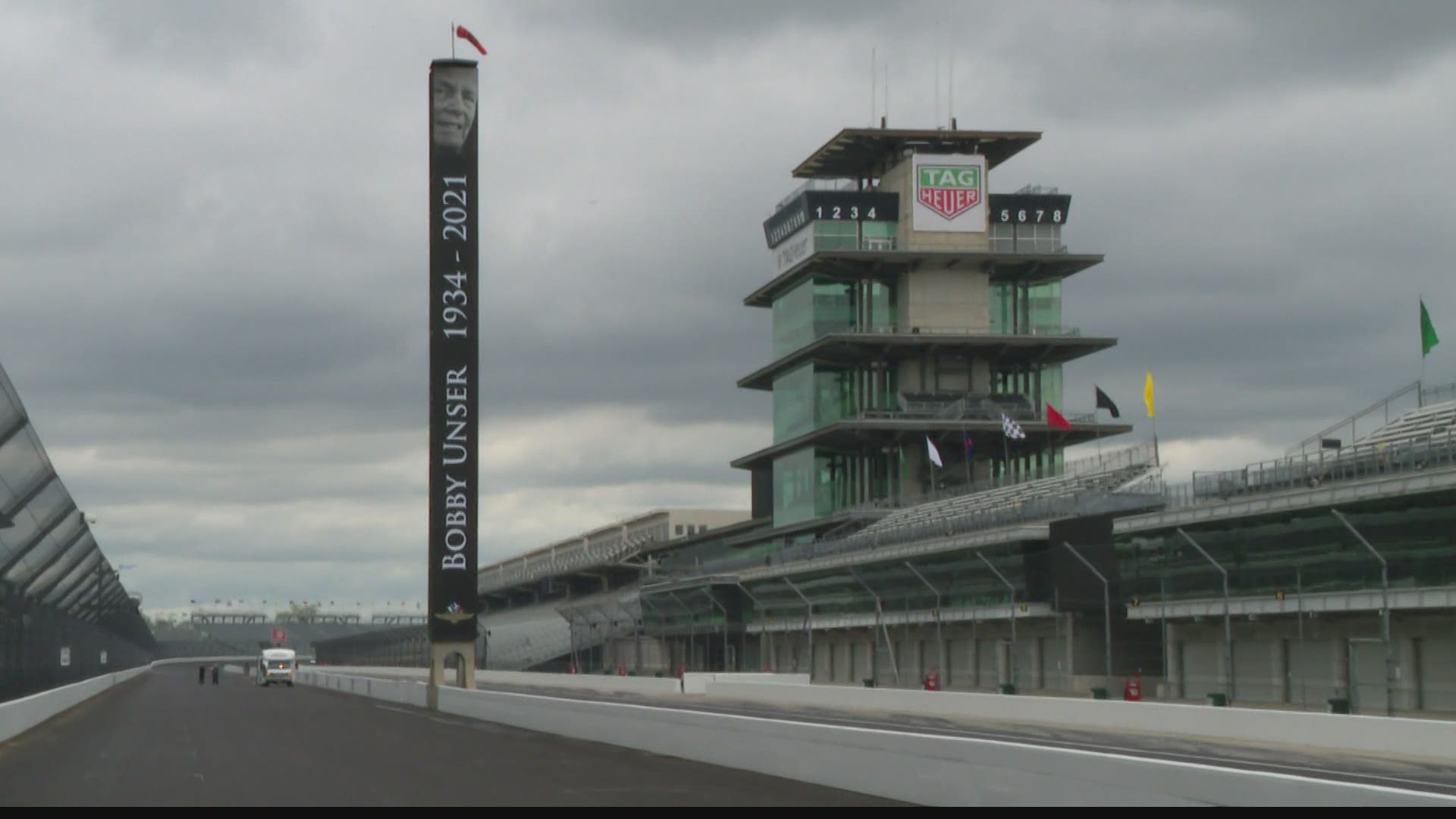 INDIANAPOLIS — A celebration of life will be held Tuesday for three-time Indianapolis 500 winner Bobby Unser.

The service will be hosted by Calvary Chapel in Albuquerque, New Mexico starting at 1 p.m. EDT. It will be streamed on the church's website.

He began his racing career in Roswell, New Mexico in 1949. In 1963, he started his first Indianapolis 500, though his day ended with a crash just two laps into the race. He completed just one lap in the race the following year.

1 / 5
ASSOCIATED PRESS
Bobby Unser flashes a big smile as he is feted in the Victory Circle on May 30, 1968 in Indianapolis after winning the Indianapolis 500-mile Speedway race in record time. Unser, from Albuquerque, N. Mex., had a time of 152.882 miles per hour. It was Unser's first win in the classic. (AP Photo)

His third Indianapolis 500 win took a little longer, as his win over Mario Andretti was taken away when officials ruled he had illegally passed cars during a caution on Lap 149. After months of protests and appeals, Unser's penalty was rescinded and his victory restored.

He is one of just 10 drivers to win the Indianapolis 500 at least three times. His brother, Al, is a four-time winner of the race, making them the only brothers to claim victory in the Greatest Spectacle in Racing.

The 1981 season was his last in auto racing. He went on to become a popular broadcaster on ABC, NBC and ESPN IndyCar telecasts and on IMS Radio Network race broadcasts.