IMS shared a 360-degree video of the flyovers taken from the cockpit of Maj. Zane Taylor's plane during the flight Sunday. 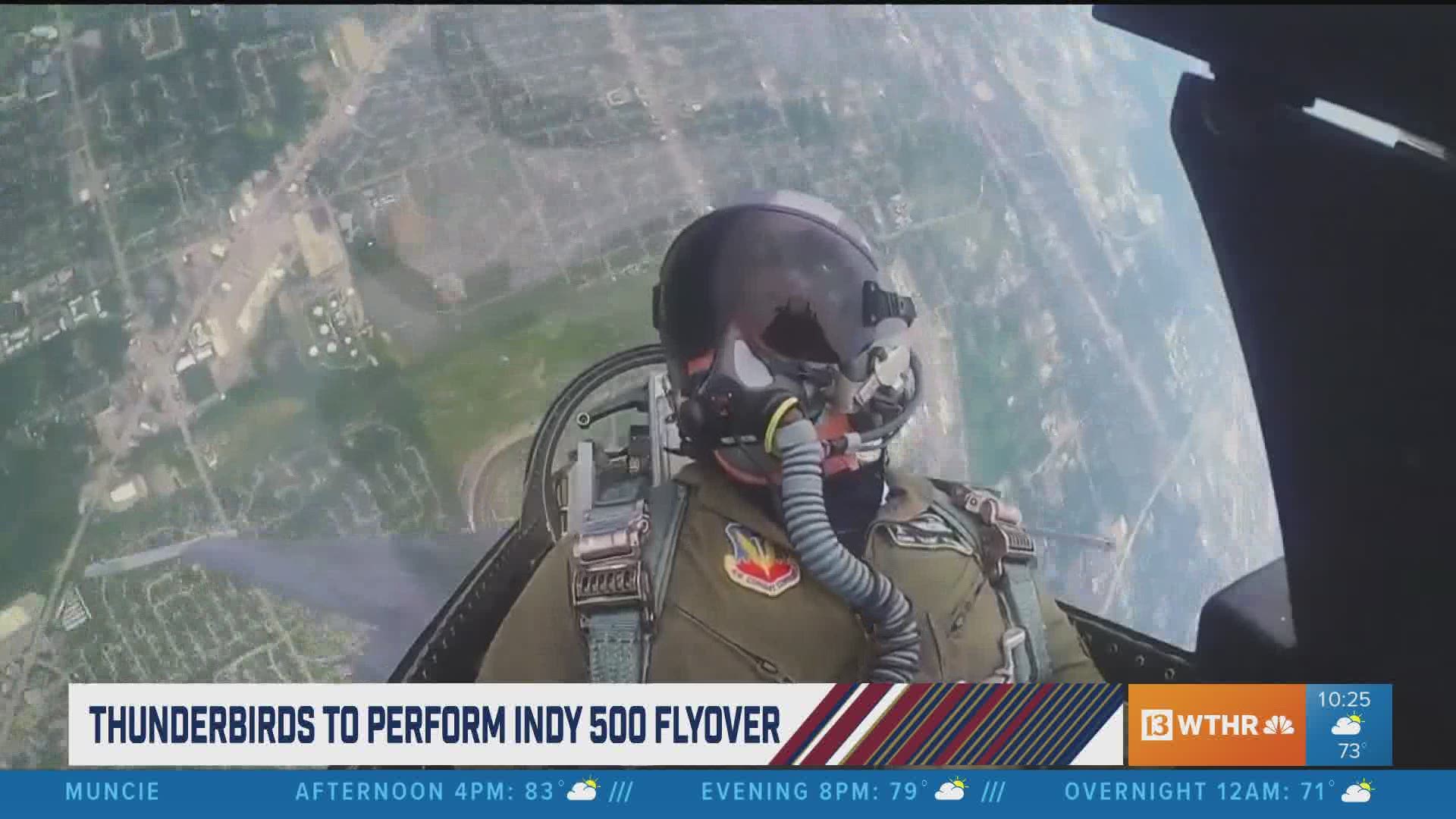 SPEEDWAY, Ind — The Air Force Thunderbirds' flyovers before the Indianapolis 500 Sunday were something to see from the ground.

They're even more amazing from above.

Tuesday night, IMS shared a 360-degree video of the flyovers taken from the cockpit of Maj. Zane Taylor's plane during the flight. As you watch, you can move the screen around to get a Thunderbirds-eye view of central Indiana and see just how close the planes stay in formation.

The planes roared above the front stretch as the "Singing Surgeons" sang the final notes of the national anthem before the race. The Thunderbirds came down from the north, passing over the IMS Pagoda before flying away from the Brickyard over Turn 1.

This year's anthem at the #Indy500 is performed by the Singing Surgeons, Dr. Elvis Francois and Dr. William Robinson. TV: NBC pic.twitter.com/HmdE9VcGwU

Moments later, as Jim Cornelison belted out the end of "(Back Home Again in) Indiana," the Thunderbirds flew in from the east, fanning out over the front stretch as they disappeared to the west.

The Thunderbirds made a special appearance at the delayed Indianapolis 500. The flight team normally has other engagements on Memorial Day weekend that keeps them from taking part in the pre-race festivities at IMS.