They’ve done it! The Rays are heading to the World Series

It was a win-or-go-home situation for both the Rays and the Astros. 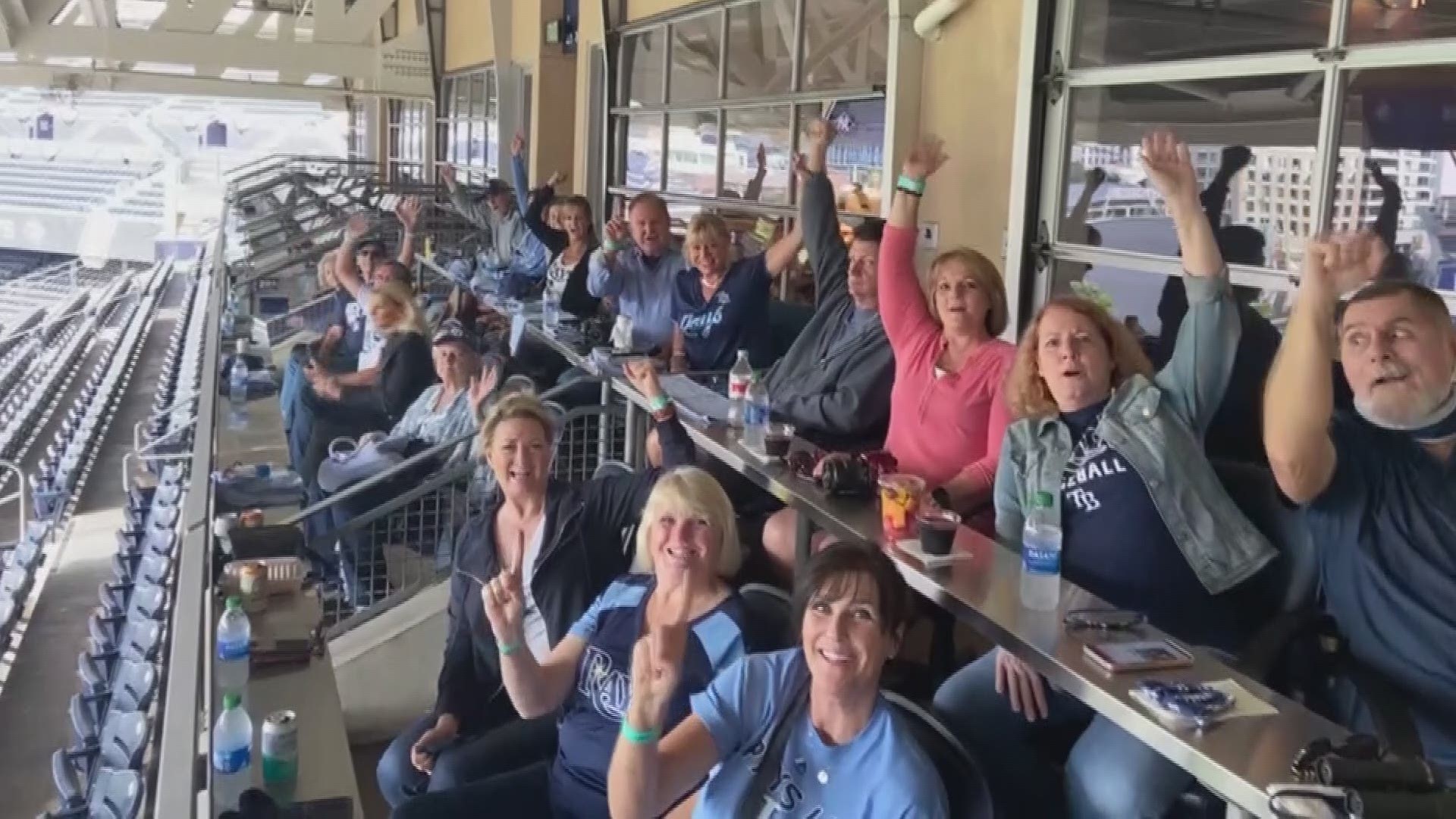 SAN DIEGO — Your Tampa Bay Rays are advancing to the World Series for the first time since 2008.

A decisive ALCS Game 7 victory punched the team’s ticket to the big stage Saturday night as the Rays put up both a great offense and defense.

The Rays bats were hot with home runs by both Randy Arozarena and Mike Zunino accounting for 3 of the 4 runs scored tonight. Zunino helped expand Tampa Bay’s lead with an RBI sacrifice fly that sent Ji-Man Choi home.

While the Rays held a strong lead through the first seven innings of the game, the Astros did get on the board with 2-runs coming in the 8th.

Charlie Morton was impressive on the mound with relief from the bullpen coming later in the game.

As for who the Rays will battle in the World Series? That is still to be determined as the Dodgers vs. Braves match up stands at 3-3. The two teams will play Sunday at 8:15 p.m.

YOUR TAMPA BAY RAYS ARE HEADED TO THE WORLD SERIES!!!!!

THEY’VE DONE IT!! YOUR TAMPA BAY RAYS ARE HEADED TO THE WORLD SERIES!! The Rays hold off the Astros to win Game 7 of the American League Championship Series and clinch their first World Series berth since 2008 ⚾. #RaysUp #WorldSeries https://t.co/of9FiVrLvY pic.twitter.com/BQM7tTJWz7

The Rays up their lead over the Astros with a sacrifice fly off the bat of Mike Zunino that send Ji-Man Choi home! Rays lead: 4-0

Nick Anderson takes the mound in the 6th inning to clear Astro base runners on first and third. #RaysUp

Charlie Morton has been pitching a big game tonight as he retires his 10th batter straight.

Rays build their lead in Game 7 with the second home run of the night. This time off the bat of Mike Zunino. Score stands at: 3-0

IT'S OUTTA HERE! This time off the bat of Mike Zunino and deep into the stands #RaysUp #Postseason https://t.co/8fAGGSYfnY@RaysBaseball builds its lead to 3-0 pic.twitter.com/LWbNkwxYpM

Charlie Morton is holding strong on the mound for the Rays.

He can't be stopped! Randy Arozarena sends another homer out of Petco Park. It marks his record-breaking 7th home run of the postseason.

OK Rays fans, let's put all our energy into a victory tonight!

Here's a look at the Rays Game 7 starting line-up.

For the American League pennant pic.twitter.com/UsR5lGTt7W