The Indianapolis Indians have suspended two players after a weekend bar fight in Toledo. 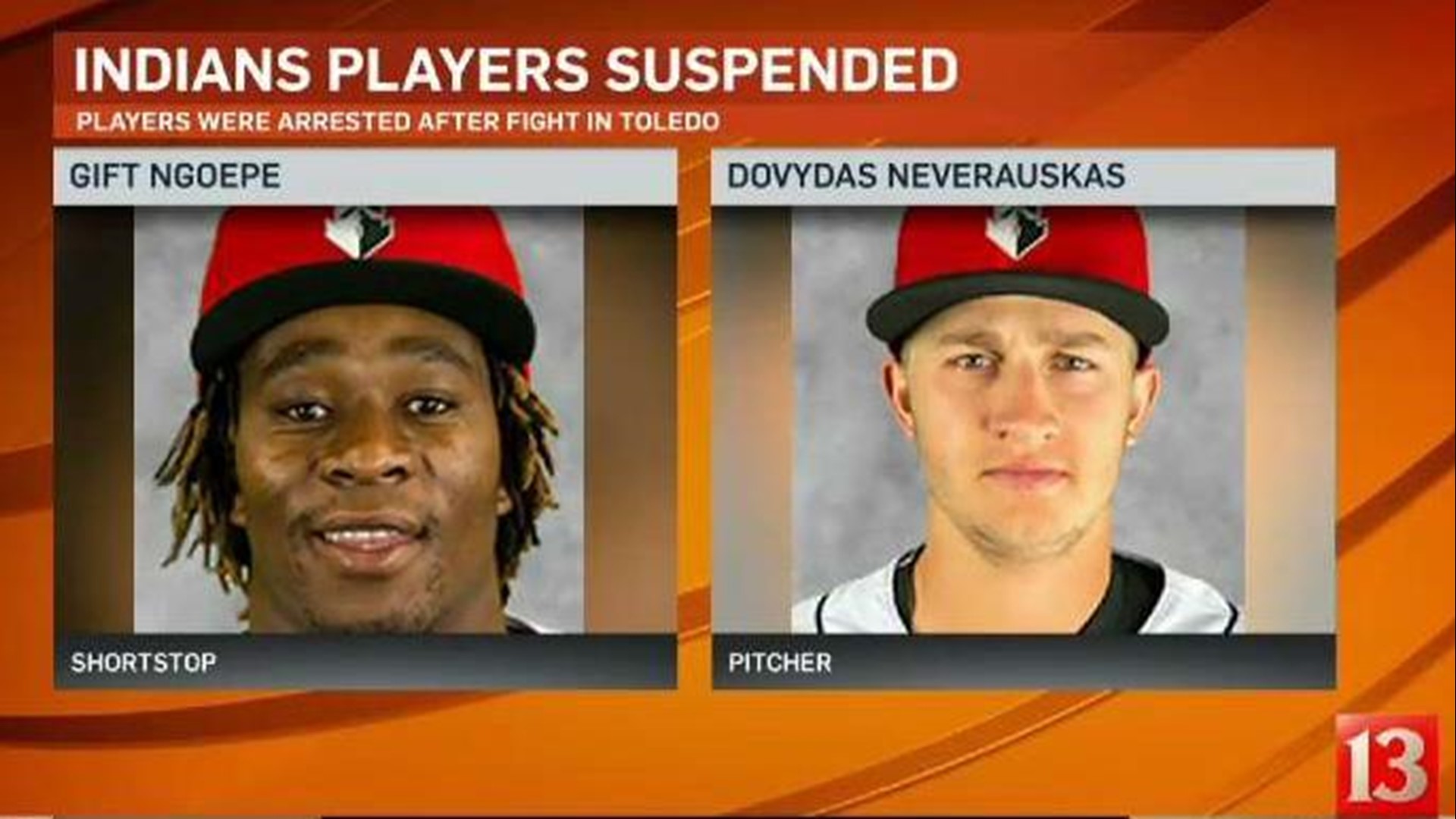 INDIANAPOLIS (WTHR) - The Indianapolis Indians have suspended two players after a weekend bar fight in Toledo.

Gift Ngoepe and Dovydas Neverauskas were arrested early Sunday morning outside The Bronze Boar bar. According to MiLB.com, the players were drinking with another player when a bartender announced the establishment was closing for the night.

Ngoepe allegedly confronted 25-year-old Andrey Goncharuk after a bartender poured out a drink. He then reportedly pushed the man. After the incident, the players left the bar, but witnesses say Ngoepe waited outside for Goncharuk.

When officers arrived, a large crowd was involved in a fight outside the bar. The other player that had been drinking with the Indians players, Warwick Saupold, reportedly punched Goncharuk in the face and both men were arrested.

As officers told Neverauskas to step back, police say the pitcher confronted an officer, asking, "What are you going to do, shoot me?"

Both players are listed as suspended by the team on their bio page on MiLB.com.