After 25 years of one woman sewing Indianapolis Indians uniforms, she's now handed over the job to her daughter-in-law. 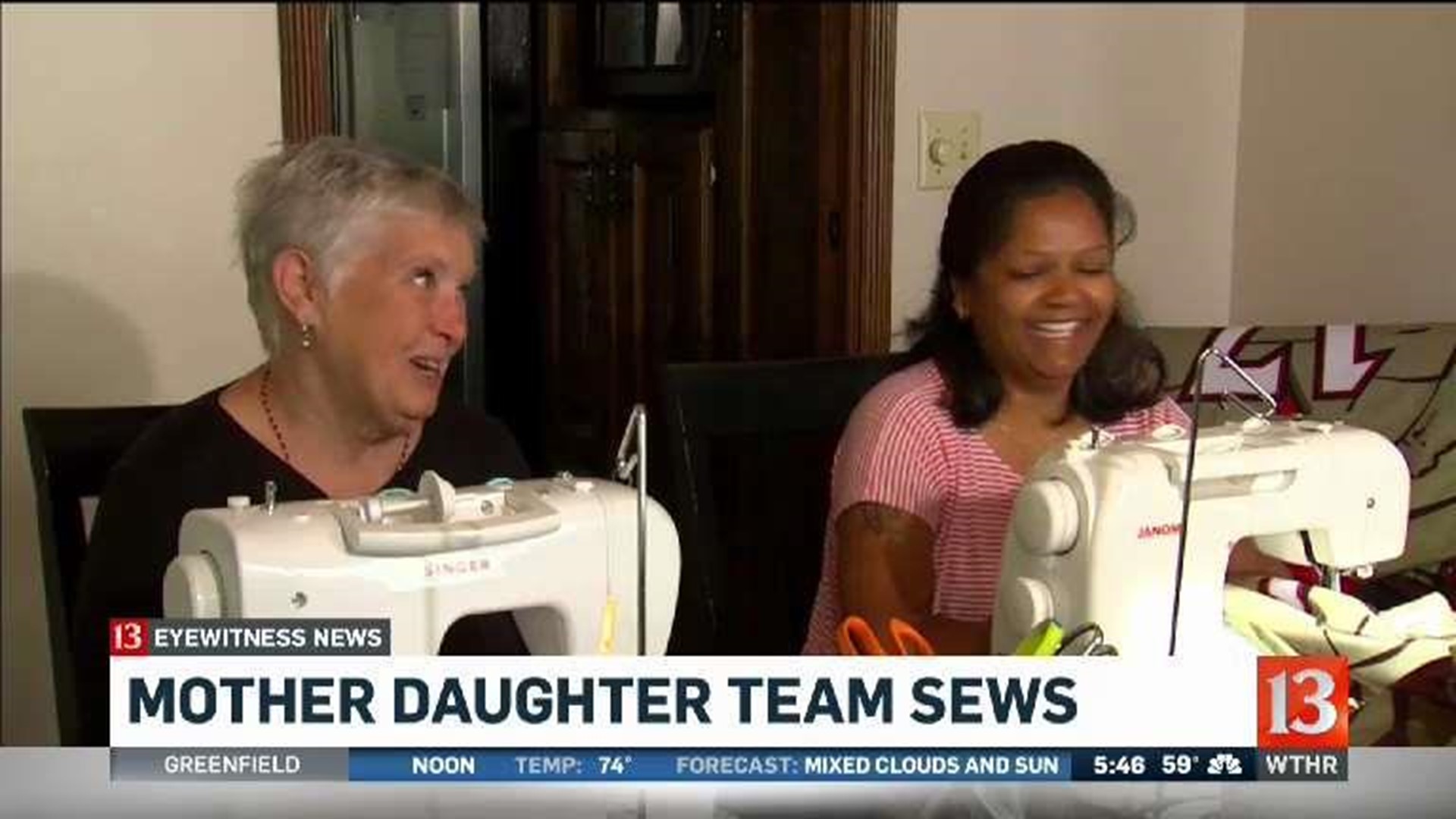 INDIANAPOLIS (WTHR) - One of the most famous father-son duos in the history of baseball is Ken Griffey Sr. and Ken Griffey Jr. But can the Griffeys sew a French knot? Or do a back stitch? The Indianapolis Indians have two women who can do that, and a whole lot more.

For 25 years, Sharon Hedegard had been a part of the Indians’ history. From altering those electric blue uniforms when the Indians were the farm club of the Montreal Expos, to making the move from Bush Stadium to Victory Field, to sewing all the latest specialty jerseys, Sharon has seen it and stitched it all.

Not bad for a woman who initially became the Indians official seamstress simply by being at the right place at the right time.

"The baseball coach on the team where my son played saw me carrying something that I altered for a teacher, and he said, ‘Oh! Can you sew baseball pants?" remembers Sharon. "I said, ‘Maybe, and who wants to know? And why?'"

Turns out that youth baseball coach was also the Indianapolis Indians clubhouse manager.

"So I took the pants home, altered them and he picked them up after school," Sharon says. "And it all started that way."

Fast-forward through three different decades, two very different baseball parks and more than 3,600 Indians’ games, and Sharon felt it was time to hand off her needle and thread to her daughter-in-law Simmi Hedegard.

"Sharon said, ‘Call me if you need any help, and I’ll always be there,'" laughs Simmi.

These two women can tell you exactly how well the Indians are playing, just by looking at their uniforms.

"We do repairs on their pants, so if they’re hitting well, you get repairs from sliding," explains Sharon. "If they’re not hitting, sometimes zippers get ripped and broken from frustrated people."

One of the most well-known Indians of all-time, future Hall-of-Famer Randy Johnson, was just as exact with his tailoring requests as he was with the placement of his fastball.

"He wanted his pant legs tapered so they fit his calves perfectly," shares Sharon. She added Johnson asked her, "So can you take these legs in a quarter of an inch more?"

In Simmi's three years as the Indians’ seamstress, she has received some odd alteration guidelines, as well.

"There was one request where the player wanted one leg shorter than the other leg," says Simmi. "I don’t ask, 'Why?' I just do it."

And when it was time to retire her sewing machine, Sharon received a commemorative #25 Indians jersey. Ironically, for the Indians to stitch that jersey, they had to go outside the Hedegard family.

"They had a jersey made for me," Sharon proudly boasts. "(Indians Vice President) Cal Burleson said, ‘I’m really sorry you couldn’t sew this one, but we wanted it to be a surprise!'"