Indians ready for opening night, even if Indy weather is not

Victory Field looks beautiful and ready for opening night for the Indianapolis Indians Thursday at 7:05 p.m. against the Toledo Mud Hens. 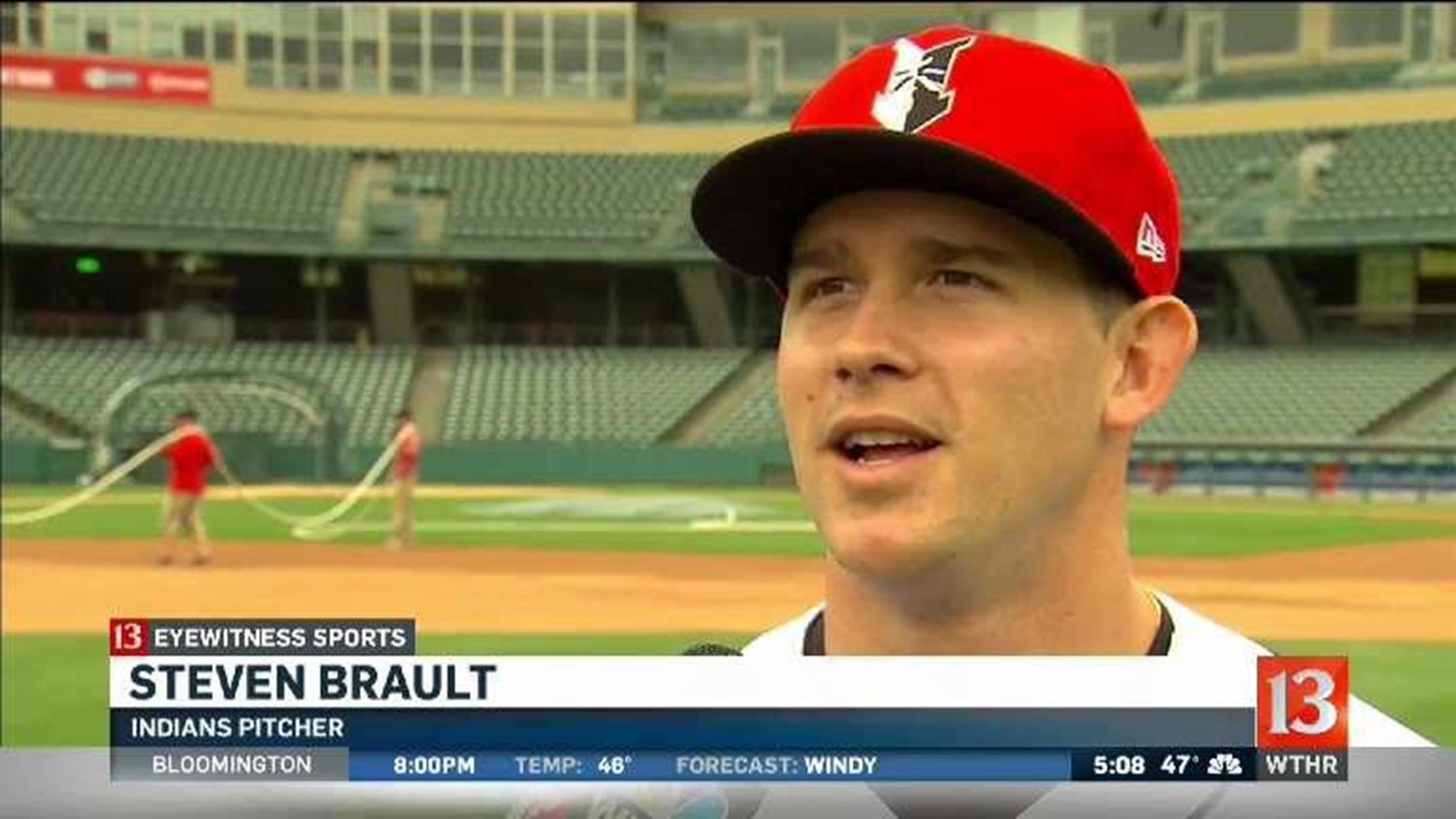 INDIANAPOLIS (WTHR) - Victory Field looks beautiful and ready for opening night for the Indianapolis Indians Thursday at 7:05 p.m. against the Toledo Mud Hens. The Indians players are ready too, despite a chilly, breezy SkyTrak 13 Indians forecast.

The temperature at first pitch is expected to be 45 degrees, but the wind chill will make it feel closer to the freezing mark.

Baseball America ranks Meadows as the 6th best prospect in minor league baseball. Meadows started last season with the single A West Virginia Black Bears. But he jumped to AA Altoona and finished 2016 with the AAA Indians, batting .214 in 37 games with the Tribe.

“It's beautiful here, hands down,” said Meadows. “Playing here last year, I got a little feel. You've got a lot of great fans here, sold out almost every single game. So it's pretty cool to be part of something like that.”

The 21-year-old hit .333 in spring training with the Pittsburgh Pirates.

The start of the baseball season interrupted progress on the left arm tattoo of opening night starting left handed pitcher Steven Brault. His forearm is covered with scales drawn in blue-green ink from his wrist to his elbow.

“This is going to be all fish scales on the bottom here,” said Brault. “I'm not sure what I'm going to do on the top. But it's going to be very colorful. My parents are iffy on it, but I like tattoos. I've just been getting them every offseason when I can.”

Brault’s right arm is already covered with a colorful pattern tattoo. He also added a chest tattoo over the winter.

“I have a tattoo artist in San Diego that I really like that I go to. We have a good time while he stabs me with a needle over and over again.”

Brault takes the mound Thursday night after going 2-7 with a 2.91 ERA in 15 starts for the Indians last season.

"It's awesome,” said Brault. “It's an honor. I'm going to take it in stride, but it's really cool. I'm very thankful that they give me the opportunity. It's going to be fun to be the first guy out there, even though it's going to be freezing. It kind of warms you up just knowing we're getting ready to start the season. Spring training is great. Being in Florida is great. But when the season starts you get those juices flowing that you can't really get in spring training. It's not quite the same, so it's going to be really fun. We're all excited.”

Brault says the grind of the baseball season will puts the tattoos, and much of life, on hold. The Indians have just nine off days until the regular season ends September 4.

“I respect those guys so much, the position players playing every day. That's crazy. It's a little tough. But it's 6 months of getting to play baseball every night, so you can't really complain. If I complained, my 10 year old self would smack me in the face.”

Brault enjoyed his first taste of the majors with seven starts for the Pirates last year, posting a 0-3 record and 4.86 ERA. But the 24-year-old lefty says playing in Indianapolis is not a bad alternative.

“I love this city and actually being able to live in a real city instead of living in like the small towns of the lower minor leagues. Then being able to play in front of, we averaged almost 10,000 fans last year, had the most fans in minor league baseball. That's incredible.”

The Indians took their team photos on Tuesday with a new skipper. Andy Barkett replaces Dean Treanor, who led the Indians for six seasons. Barkett played 11 years in the minors and has coached another decade, but he was reluctant to become a first time AAA manager.

“This is different than most AAA jobs,” said Barkett. “AAA manager can get caught up with a lot of bitter AAA players. With the Pirates organization, the culture that we have, the Indians organization with the history that is here, it's just a game changer. This is one of the best jobs for a Triple A manager in all of baseball and I would be a fool to turn it down.”

Barkett made stops in Indianapolis last year as an assistant hitting coordinator with the Pirates.

“It's a beautiful ballpark. I have a lot of great memories being here as an opposing player and coming here last year as a member of the coordinating staff of the Pirates. It's gotten better. Parks that were built when this park was built years ago have deteriorated throughout the minor leagues. But this place seems to be getting better.”

Changes at Victory Field include a bigger outfield video board and four LED ribbon displays around the ballpark. Fans will notice that the backstop protective screen behind home plate now extends diagonally downward all the way to the end of the dugouts, a recommendation from Major League Baseball.