Hunter Owen was drafted by the Pittsburgh Pirates back in 2016 and last month, he got the call up to Triple-A. 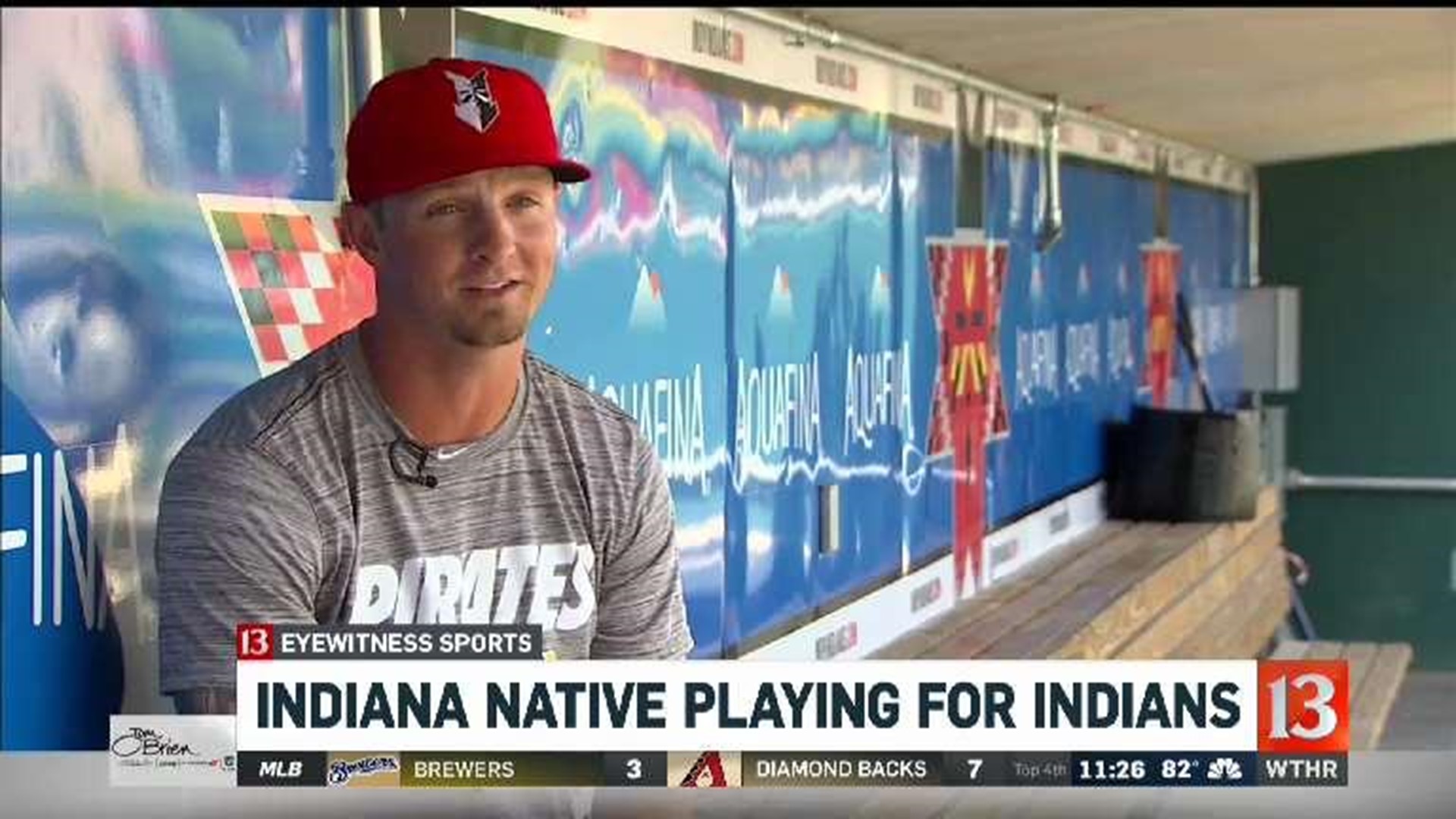 INDIANAPOLIS (WTHR) — When you play professional baseball, you never really know where the game will take you. New cities, new teams, all over the country all the time. But for Indians outfielder Hunter Owen the game has brought him full circle.

“I was telling someone the other day still got butterflies still got nervous,” Owen said.

Owen was drafted by the Pittsburgh Pirates back in 2016 and last month, he got the call up to Triple-A. Although he’d never played for the Indianapolis Indians before, he did have experience playing at Victory Field. Owen is an Evansville native and in 2012, he helped lead Mater Dei High School to the state championship game on this very diamond.

“I just remember stepping onto the field in high school being like 'wow this is beautiful' and to come back here and do it again it’s super fun,” Owen said.

Owen is a Hoosier through and through. He went on to play his college ball at Indiana State so when he found out he’d be coming back home again, he was excited. And playing in Indy means Owen now has a few more fans in the stands to support him.

“Obviously friends and family, but even my high school janitor was like 'do you mind leaving tickets? Of course!' And from Indiana state our bus driver. He’s gonna come to the game, but like I said it’s super humbling. It’s a crazy feeling to see the kind of support I have,” Owen said.

While making it to the big leagues is Owens ultimate goal, he’s enjoying this special stop on the way.

“Looking around seeing the amount of big leaguers that are in this league and just on this team it’s exciting," Owen said. "You wanna take as much as you can from them like a sponge. That’s a key to helping you grow as a players.”