Cubs fans will tell you that having a chance to win the World Series Wednesday is priceless! That is, until you try to buy tickets. 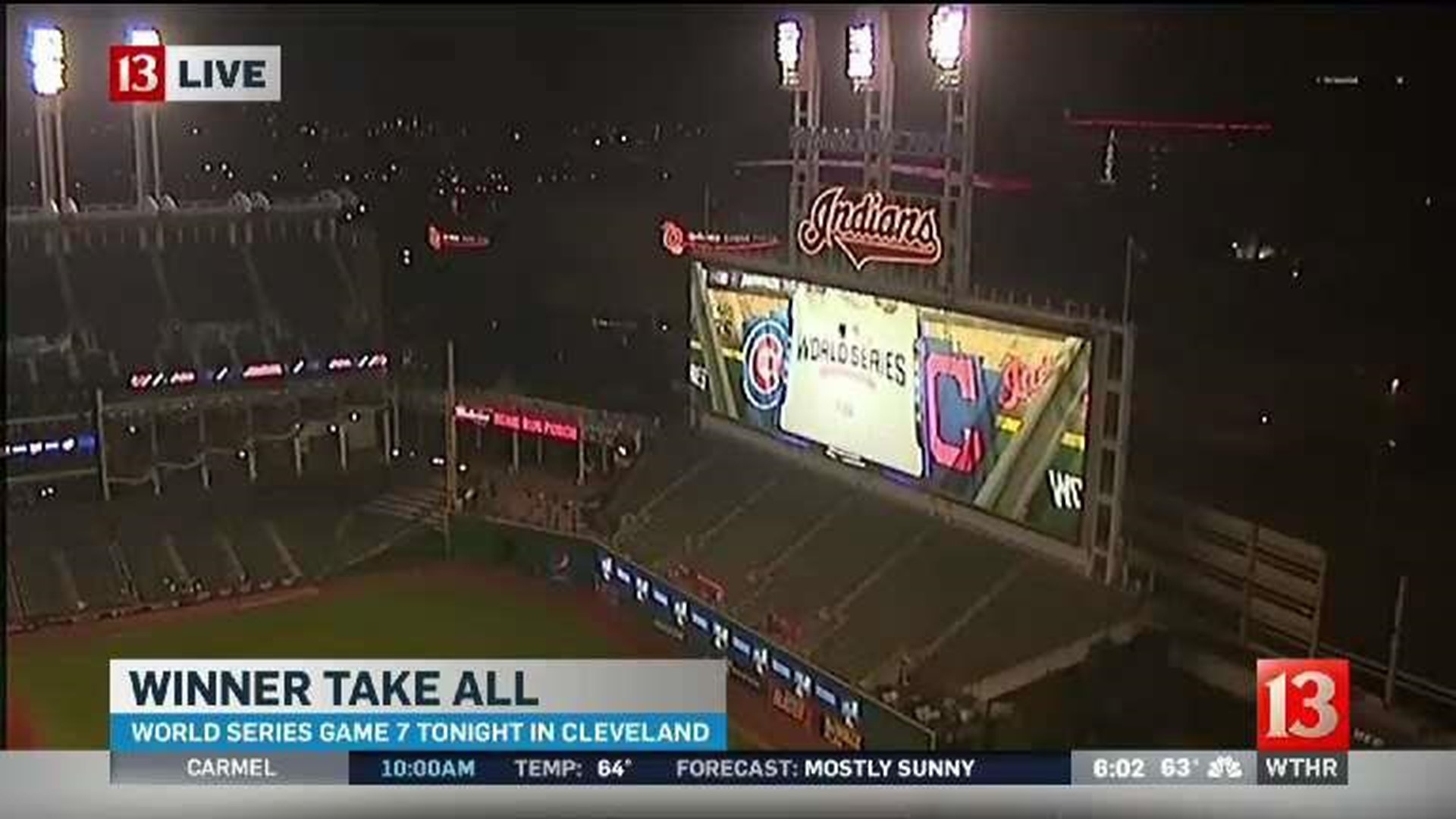 INDIANAPOLIS (WTHR) - Cubs fans will tell you that having a chance to win the World Series Wednesday is priceless!

That is, until you try to buy tickets.

He plans to sell two tickets for $5,000 a piece, so he and his son can go to the World Series for free.

But selling all four tickets?

That's not going to happen.

"Memories and life experiences are more valuable than what it costs," Mpistolarides said. "Game 7 of the World Series, Cubs-Cleveland, it's like a stock. Those tickets are going to go way up! They have to!

Paul's been a Cubs fan his entire life. He wrote a letter to the team asking for a tryout when he was a teenager.

He even gave his oldest son the middle name Ryne for Cubs Hall of Famer Ryne Sandberg.

There was no way he was going to miss Game 7.

"It is a one in a lifetime opportunity, and it's one that I've been waiting for since I was a little kid," he said. "The Cubs in the World Series. It's almost surreal, and I want to be there. And if it's Game 7, and they've got a chance to win, I mean, I would go to the moon."

The cheapest ticket listed on StubHub will still cost you more than $1,000, and it's standing room only.

At the end of Tuesday night's game, the average price paid for Game 7 tickets rose to $2,800, and that average will only increase.

The most expensive tickets bought Tuesday night on StubHub cost nearly $20,000 a piece.