Daron Sutton said that his father died in his sleep Monday night. 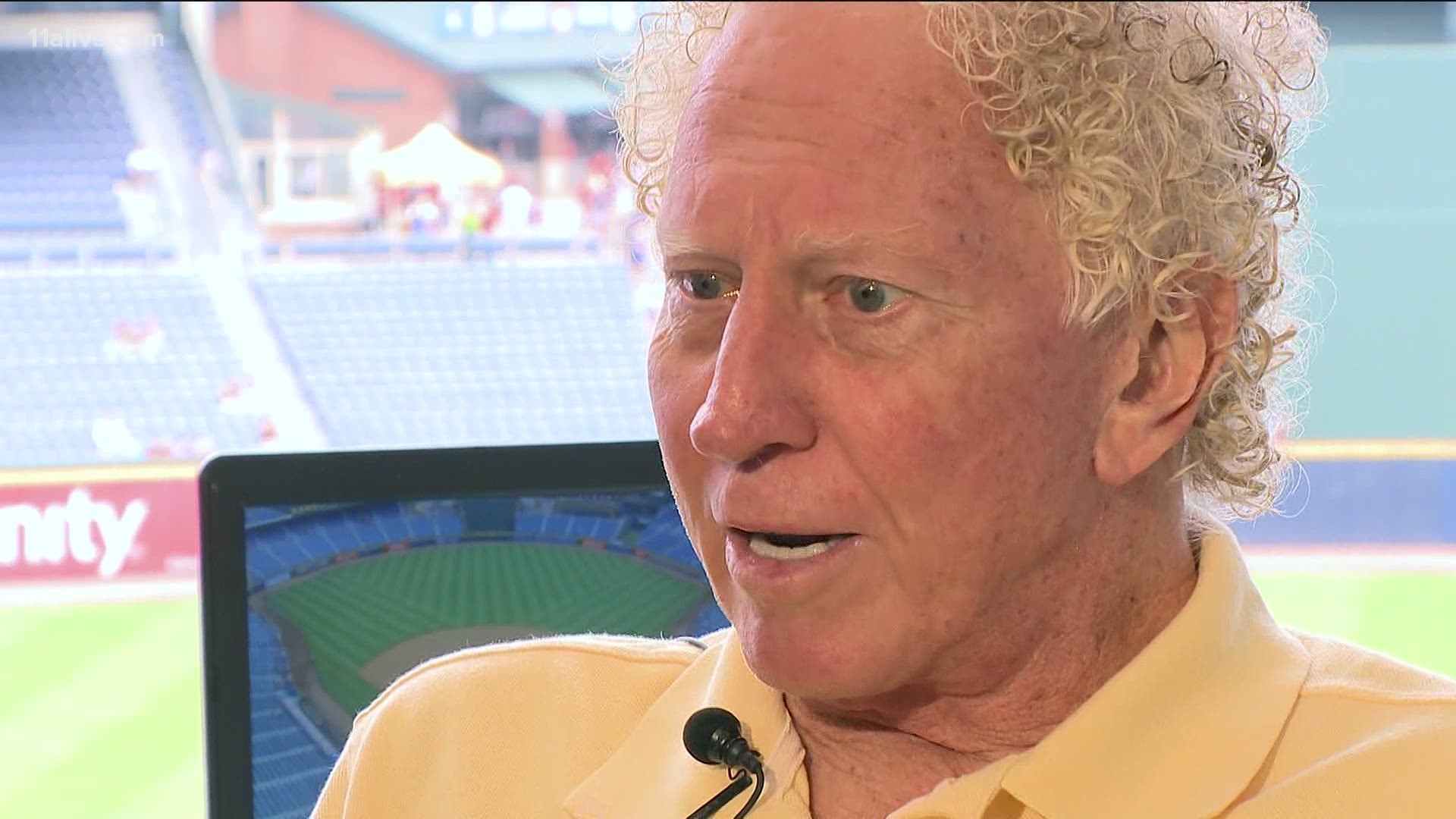 ATLANTA — Legendary Braves announcer and Hall-of-Famer pitcher Don Sutton has died, the team and his son announced. He was 75 years old.

His son first tweeted the news. The Braves confirmed the news in a statement.

Daron Sutton said that his father died in his sleep Monday night. The Associated Press reported the Baseball Hall of Fame in Cooperstown, New York, said Sutton died at his home in Rancho Mirage, California after a long struggle with cancer.

"He worked as hard as anyone I’ve ever known and he treated those he encountered with great respect...and he took me to work a lot," Daron wrote in a tweet. "For all these things, I am very grateful. Rest In Peace."

A native of Clio, Alabama, Don Sutton spent 28 seasons calling games on both TV and radio for the team as a "generation of Braves fans came to know his voice."

"A 300-game winner who was a four-time All-Star, Don brought an unmatched knowledge of the game and his sharp wit to his calls," the team said in a statement. "But despite all the success, Don never lost his generous character or humble personality."

Saddened to share that my dad passed away in his sleep last night. He worked as hard as anyone I’ve ever known and he treated those he encountered with great respect...and he took me to work a lot. For all these things, I am very grateful. Rest In Peace. pic.twitter.com/cvlDRRdVXa

Before calling games, Sutton carved a successful 23-year baseball career on the field as a member of the Dodgers, Astros, Brewers and Angels.

In addition to his role on baseball broadcasts, he served as a course reporter on TBS’s professional golf coverage, working the Hawaiian Open, PGA Championship and others.

"Don was as feared on the mound as he was beloved in the booth," the Braves said in a statement. "We are deeply saddened by the passing of our dear friend."

"We send our condolences and sympathies to Don’s entire family, including his wife Mary, his son Daron and his daughters Staci and Jacquie," the team closed their statement.