How should the Lakers handle Anthony Davis?

The All-Star game came at the perfect time for the Lakers. Now they have to decide if it makes sense to push Davis or take it slow and be okay with a lower seed. 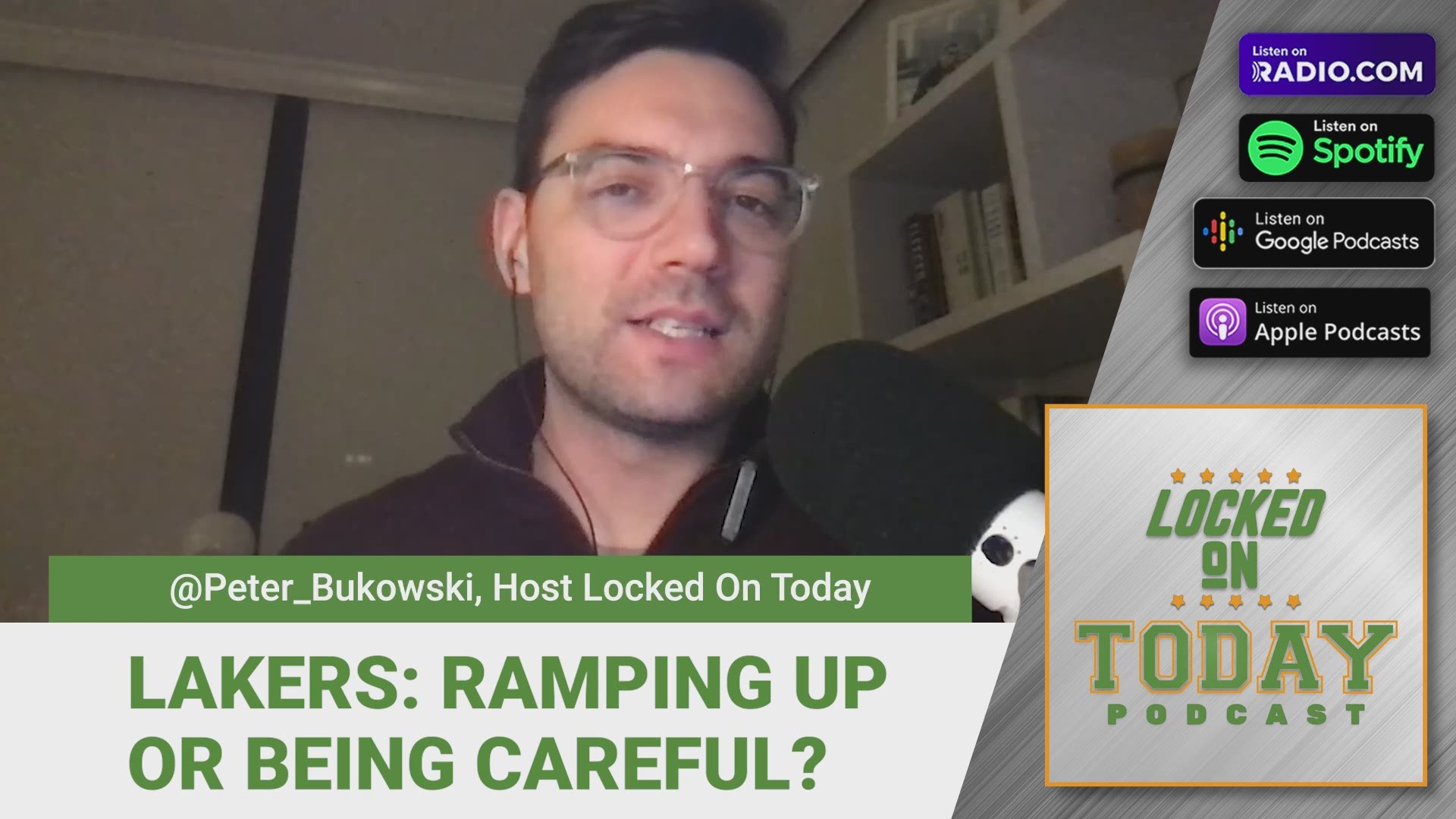 The second half of the NBA season kicks off Wednesday night and the Los Angeles Lakers return to action on Friday. Anthony Davis is still working his way back from an Achilles and calf injury that’s kept him out of the lineup for several weeks.

The All-Star game came at the perfect time for the Lakers, as additional minutes were weighing on LeBron James and the Lakers are struggling—losing six of eight heading into the break. But with Lakers sitting at third in the West and still competing in a pandemic with little to no crowd size, does it make sense for the Lakers to push Anthony Davis to come back? Or perhaps should the Lakers should take it slow and be okay with a lower seed for the playoffs?

“First and foremost, LeBron, Davis, the Lakers, they aren’t nervous about playing anyone/anywhere in the postseason. So when you have that kind of confidence and you can have that in your back pocket, it makes it easier to make these judgment calls,” Anthony Irwin, host of Locked On Lakers, explained on the latest episode of Locked On Today.

“Davis wasn’t really playing up to his abilities before he got hurt. Even a less than 100% Anthony Davis, the Lakers really miss him. Can they get him back and can they work him up to where he was last postseason when he played some special basketball from the center spot? That’s their top priority above whether the finish 6th, 5th, 4th,” Irwin continued and discussed what is most important for the Lakers in the second half of the season.

LeBron James is tied for 23rd in minutes played this season, but he’s also 36 years old. At some point, saving LeBron for the playoffs—and making sure Anthony Davis is healthy for the playoffs—has to be more important than seeding.

RELATED: What is the next NFL quarterback domino to fall this offseason?

RELATED: A look at what has happened to the ACC in 2021