The Colts said quarterback Carson Wentz was a full participant in Wednesday's practice and that this was a significant step toward him getting cleared to play. 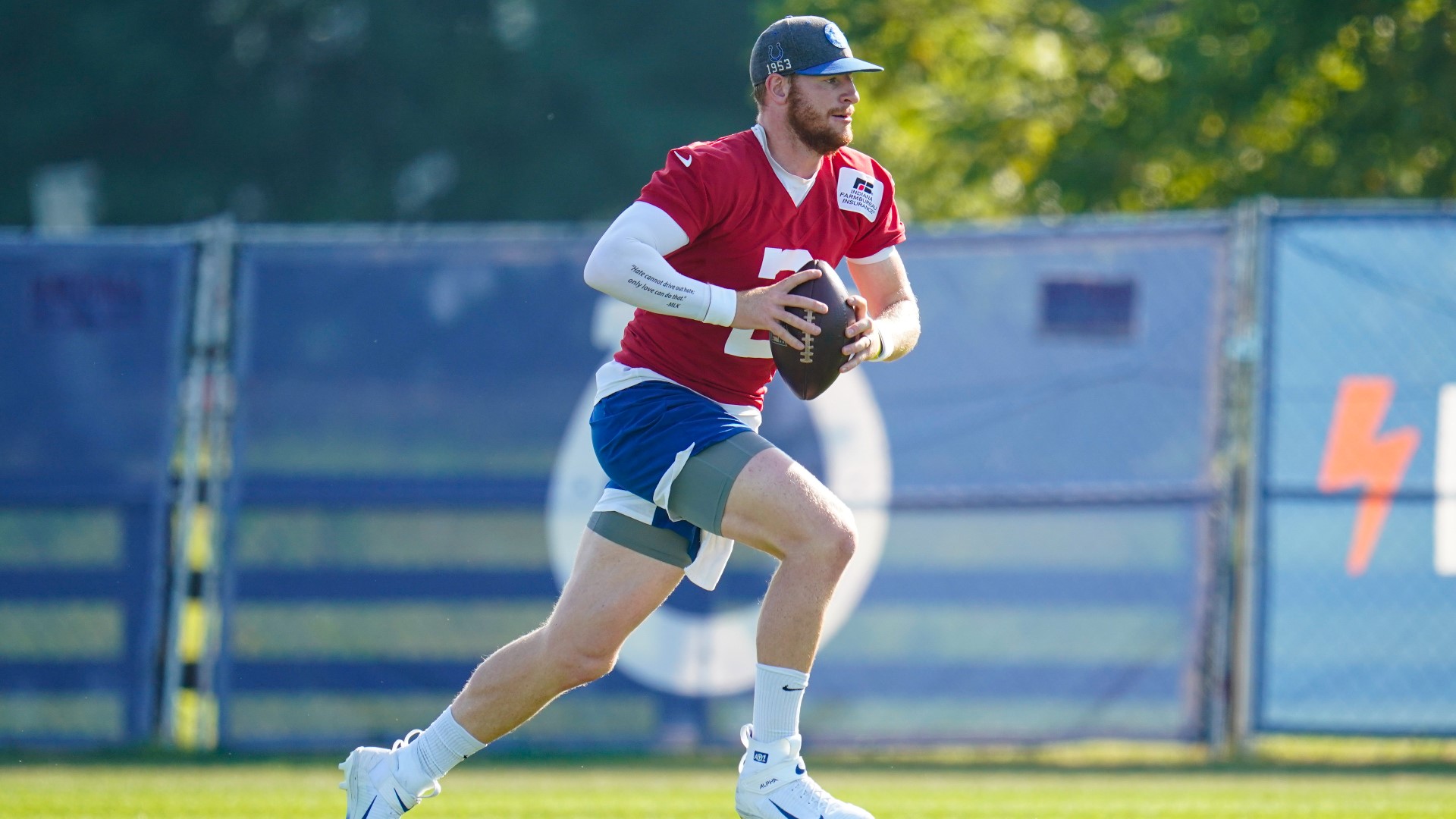 First, he needs to prove his injured left foot can withstand the rigors of consecutive practices. Then, he must show coach Frank Reich he's in sync with his teammates. And finally, he still needs the approval of team doctors.

Wentz calls himself probable for this weekend. The team said he was a full participant in the Colts' practice on Wednesday, taking all the team's first-team reps ahead of Sunday's season opener against the Seattle Seahawks at Lucas Oil Stadium.

The news comes one month and six days after undergoing a procedure to remove a bone fragment from his foot.

"I feel very optimistic, very confident in it, and so we'll see as long as the doctors give me the final go-ahead, but I'm optimistic," Wentz said.

Last week, Reich said it'd be "safe to say" the Colts' intention would be for Wentz to start Week 1 if he were to be a full participant in Wednesday's practice.

The Colts still have practices Thursday and Friday to prep for Seattle at the Indiana Farm Bureau Football Center.