Anderson, Indiana, native Everett Case is credited with bringing the tradition of cutting down the nets after winning a championship. 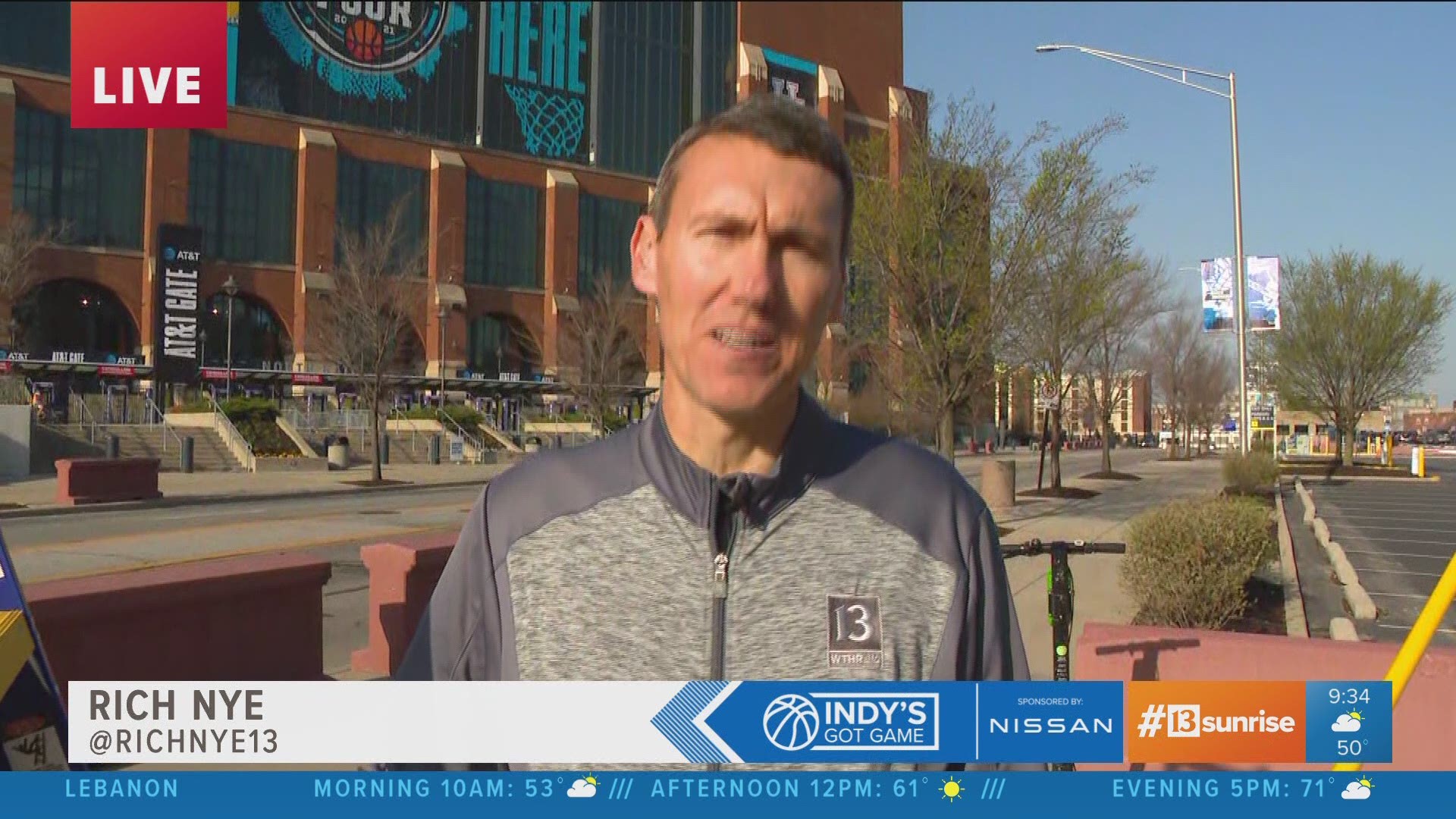 INDIANAPOLIS — The college basketball national champions will step up on a specially designed ladder to cut down the nets Monday night at Lucas Oil Stadium.

The ladder is made by Werner Ladder, which has made the official ladder of March Madness since 2008.

"This is a special kind of ladder in that it has a larger base, because we have players with big feet that need to climb the ladder,” said Rick Jones, spokesman for Werner. “It is a nine-foot ladder. We don't normally sell a nine-foot ladder. And it is a platform ladder. So, it's very safe to climb the ladder, stand up here, reach up, get the scissors and actually cut down the nets."

Anderson, Indiana, native Everett Case won four state titles as the boys basketball coach at Frankfort High School in the 1920s and 30s. The high school arena is named after him.

Case is credited with bringing the tradition of cutting down the nets after winning a championship to college basketball. Case cut down the net after coaching North Carolina State to the Southern Conference championship in 1947.

Either Gonzaga or Baylor will cut down the nets as 2021 NCAA men’s basketball champions.

Gonzaga tries to complete a perfect season at 32-0. That would match the 1976 Indiana Hoosiers, the last team to finish as undefeated national champions.

“It’s the last part of the journey,” Jones said. “We talk about the ladder as a metaphor for the season. It’s not an escalator. You’ve got to step up the ladder like your team has to step up every day in preparing to win a championship.”

The head coach traditionally has the honor of being the last person with the winning team to snip the final piece of net off the rim and acknowledge the crowd in celebration.