Residents of Morristown and neighboring communities have embraced the "#QStrong" movement in support of Quinton Batton. 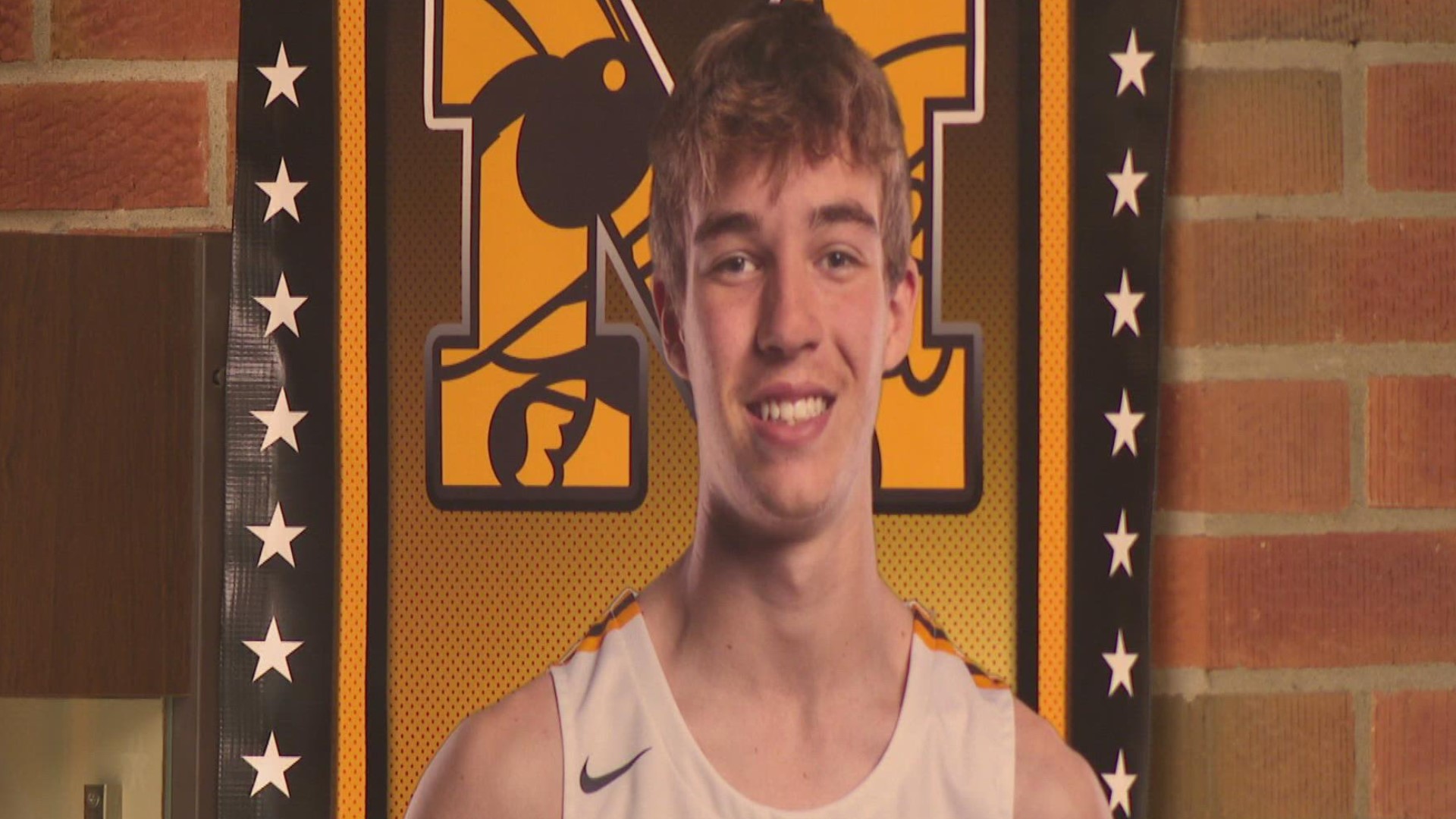 MORRISTOWN, Ind. — A small Shelby County community has become closer than ever as they support a local teenager who is fighting leukemia.

Morristown loves its basketball and one player on the high school basketball team needs the community's support more than ever.

In a town known for its yellow school colors, you'll notice a whole lot of orange. Orange ribbons are everywhere, supporting Quinton Batton, a star on the court for the Morristown Yellow Jackets.

The school day goes on without the classmate they call "Q" while he's in the hospital, but you can see and feel Quinton's presence throughout the hallways. Basketball is taking a backseat to real life.

"I believe it put into perspective how quickly things can change and just to take it one day at a time and to make the most of it," said Nick Stidham, one of Quinton's teammates on the Yellow Jackets basketball team.

"It's still just a community of love. We talk about how God's brought all these people into our lives at different points. They're not maybe blood relatives, but they're family," Deena Batton said.

One extended family supporting their own. Quinton will miss his senior season of basketball, but his coach still has high expectations for his star player.

Quinton's fight is just beginning. His family is leaning on their faith and friends.

"The first night we were in the hospital, he said, 'Mom, I think I've known that something's been wrong with me and I just didn't know how to say what it was,'" his mother said. "He's probably been braver than we have through the whole thing. He's courageous, he doesn't bat an eye when it's time for chemo, he gets up and he's just ready to move on to the next step. So I think that makes him pretty special."

The next time you see the color orange, think of Quinton Batton, the basketball player that's bringing a community together without even making a basket.