Indy native making name for himself as 'Hoosier Ninja'

Andrew Saffen, aka the “Hoosier Ninja," is a 10-year-old who travels the country competing in the National Ninja League. 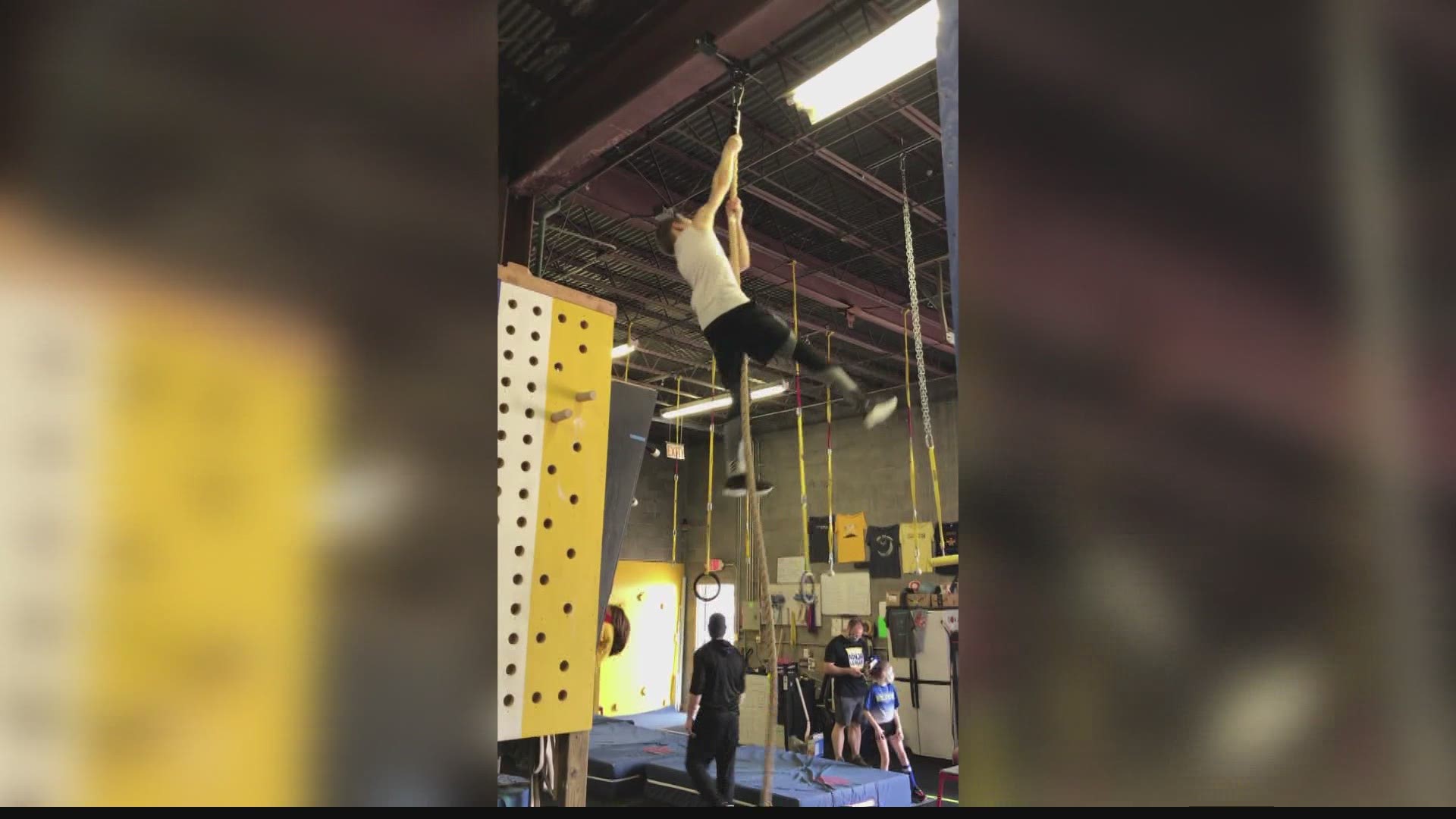 CARMEL, Ind — Ten-year-old Andrew Saffen has tried a lot of different sports, from swimming to soccer, but he never really fell in love with them. Then in 2018, he discovered ninja after seeing it on TV and he was hooked.

“I set up anything I had in the storage room in the basement and I used anything I could possibly find to set up a course and do it," Andrew said.

Andrew’s interest continued to grow so his dad starting building. He created an obstacle course in their basement and one in their backyard in Carmel. He also began training at a local gym, Trainyard 317.

Now, Andrew, aka the “Hoosier Ninja," travels the country competing.

In the National Ninja League power rankings, the Indy native is No. 1 in his age division. He’s also ranked No. 1 in the Midwest region. But even more important than the numbers, Andrew feels like he’s finally found his place.

“When I do other sports and I’m not as good as the other people, I hesitate and I don’t make friends. But during ninja, I feel comfortable because I’m actually good at the sport and I’m able to make friends easier.”

Andrew’s ultimate goal is to win American Ninja Warrior and maybe own his own gym when he’s older. He wants to share his love for ninja with others.

“If you aren’t happy with what you’re doing right now in life you should try something different like ninja because it’s helped me out a lot.

Andrew is on a mission tackling one obstacle at a time.