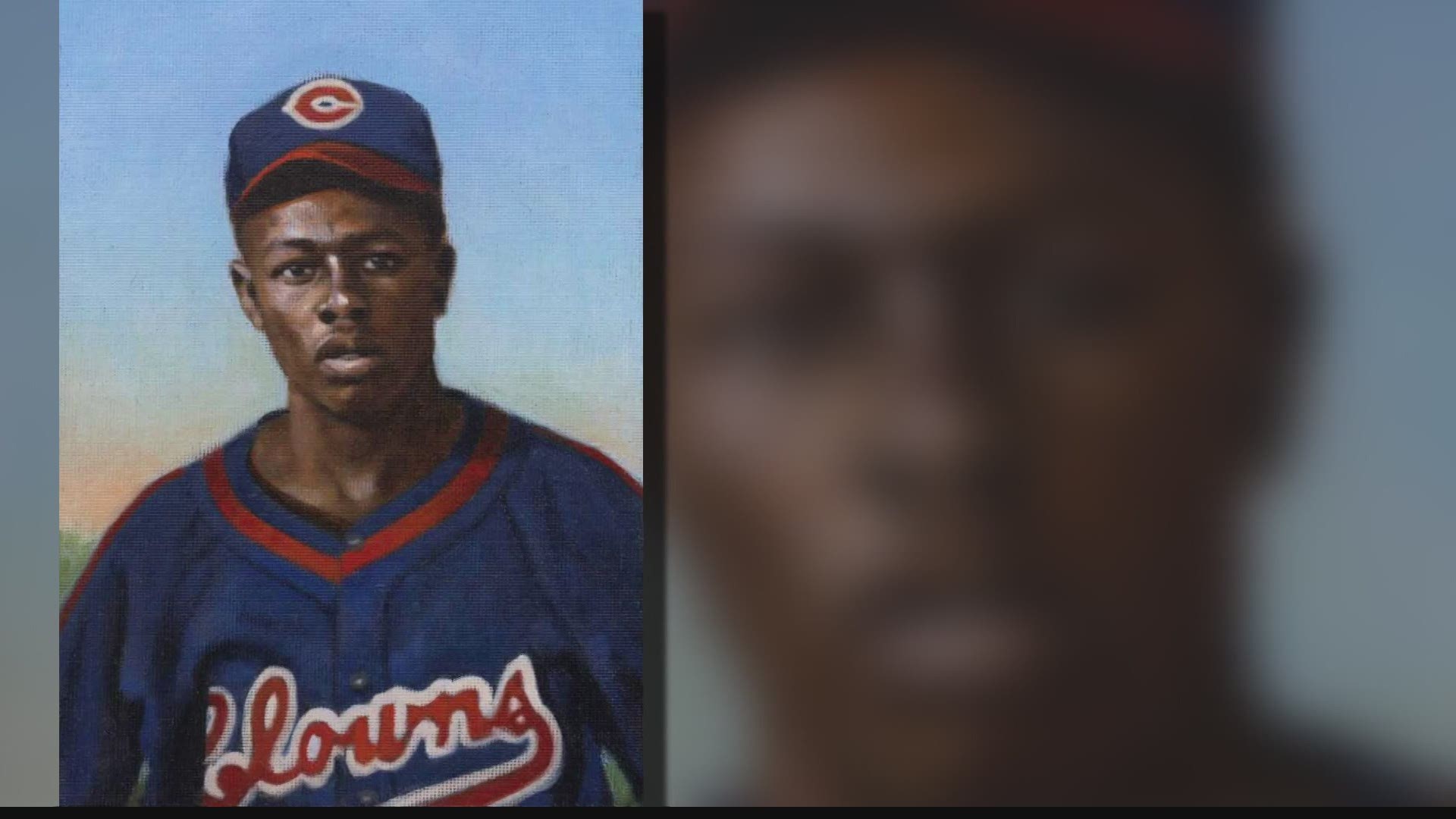 INDIANAPOLIS — Baseball Hall of Famer Hank Aaron has died at 86 years old. It's a loss felt around the nation and in Indianapolis where he first played professionally with the Indianapolis Clowns in the Negro American League.

When Aaron signed with the Clowns in 1951 as the starting shortstop, he was getting paid $200 per month. "Hammerin' Hank" would only play with the team for three months, and never actually in Indianapolis, before signing with the Braves.

"He only played one season, but he was a great player. He wasn't the biggest player, he may not have been the fastest player, but his stats made out that he was an exceptional player," said Susan Hall Dotson with the Indiana Historical Society.

The Indianapolis Indians said in a statement on social media: "Today, we mourn his death and extend our sincerest condolences to his family and friends."

In 1952 at age 18, Hank Aaron wore an Indianapolis Clowns uniform as the team's starting shortstop in the Negro Leagues, well before he became @MLB's home run king.

Today, we mourn his death and extend our sincerest condolences to his family and friends.

Aaron is also remembered at the Children's Museum as part of the Riley Children's Health Sports Legends Experience. His likeness is included in the museum’s Old National Bank Sports Legends Avenue of Champions.

In a statement, the museum said Hank Aaron's life story continues to inspire and challenge children.

We are deeply saddened by the passing of baseball legend Hank Aaron. From his short time with the Indianapolis Clowns to his record-setting career with the Braves, “Hammerin’ Hank” changed baseball. He was truly a sports legend.

Aaron broke into the major leagues at 20 years old with the Milwaukee Braves and required very little time to assimilate to The Show, batting .280 as a rookie in 1954, then belting 27 homers the following season. In fact, from 1955-73, Aaron accounted for 700 of 755 home runs, including eight different turns of 40-plus dingers during this period.

"We are absolutely devastated by the passing of our beloved Hank. He was a beacon for our organization first as a player, then with player development, and always with our community efforts," Atlanta Braves Chairman Terry McGuik wrote.

Earlier this month, the Hall of Famer got vaccinated for COVID-19.

He, along with U.N. Ambassador Andrew Young and other civil rights leaders, rolled up their sleeves to send a message to Black Americans in particular that the shots are safe.