Twenty years in racing: Anna Chatten is still one of the few female mechanics at the Indy 500

In a male-dominated industry of racing, mechanic Anna Chatten has helped pave the way for other women. 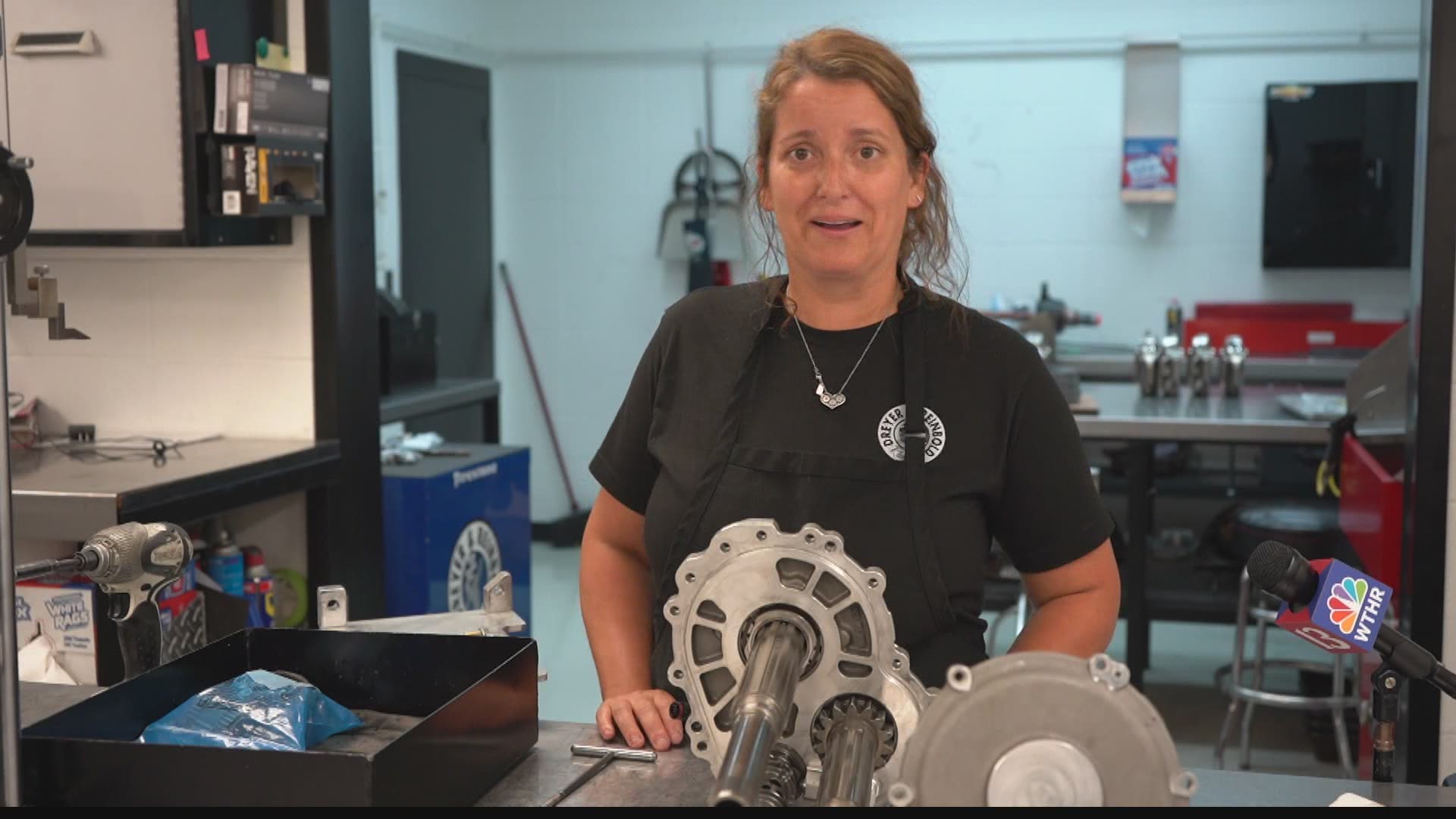 INDIANAPOLIS — In a male-dominated industry of racing, mechanic Anna Chatten has helped pave the way for other women.

“I was one of the first to do this, so I’ve kinda written my own rules as I go along,” Chatten said.

She’s living proof that it’s a misconception when people say it’s impossible to have it all.

“I was actually, oh gosh, six months pregnant? And I worked the Speedway,” Chatten said.

“It probably wasn’t the best decision of my life, I think it probably took five months for my ankles to un-swell,” she said, laughing. “But I did it, and it was more than doable, and I’d do it again in a heartbeat.”

“There’s definitely a balance in everything,” Chatten said.

She said having a partner who is understanding and supportive helps in balancing personal and work life. But as a mother, she felt it was her responsibility to lead by example.

“I have two girls, and I would never want to raise my girls to think they have to choose,” Chatten said. The knowledge that she could do anything she set her mind to was something she learned from her mother.

“My dad gave me my interest in motor racing, but my mom, my mom was the one that said as a little kid, that I could do whatever I want," Chatten said. She remembers when her father first bought a "go-kart" so that he could race.

Credit: Anna Chatten
Anna Chatten's love for racing and being a mechanic all started with go-karts.

“I went with him and I saw a bunch of little boys doing it and I said I wanna give it a shot. He was pretty skeptical at first. I told my mom and she said ‘if she wants to do it, you have to let her try.’ So he bought me a go-kart,” Chatten said.

Most racers work on their own go-karts, and Chatten’s dad was a firm believer in this ideology. As soon as Chatten began working on her go-kart, she was hooked.

“I decided I wanted to build race cars for a living,” Chatten said.

At 17, she moved to northern California and enrolled in a racing mechanics program there.

“And essentially, started to work my way up through the ranks of motor racing until I got my first job in IndyCar with Derek Walker with Walker Racing, that was maybe around 2000,” Chatten said.

Over the last two decades, Chatten said she’s disappointed to not see more women climbing over the wall at the Indianapolis Motor Speedway.

“Motor racing, I don’t think it’s a secret, it definitely lacks diversity,” Chatten said. “I wish that was not the case.”

She said after 20 years in the business, she thought “there would be 15 more of me” by now and that gender “would be a mute point.”

“I would definitely not sugarcoat this for anybody. I definitely had to always work a little harder and make a few less mistakes,” Chatten said.

Talking to other mechanics, Chatten is known for her work on gearboxes. She says she’s made a point to learn a few lessons from everyone she’s worked with and to weld it all into her own style.

For Chatten, transmission, also referred to as gear boxes, are more than her career. It’s a passion.

“Motor racing is a lot of instant gratification. A lot of other industries it’s long term. Motor racing you put it on the race track it’s judge right away, and I get a lot of gratification from that,” Chatten said.

She said she takes pride in keeping her gear boxes very clean.

“And what I truly love about it, that it’s my own little world in the car. It’s all my responsibility, which can be intimidating because if something goes wrong, there’s only one person to look at,” she said with laughter.

In racing, it’s all about horsepower, and getting every last bit of it.

“That’s something that’s really magnified when you go to a race like the Indy 500,” Chatten said.

“The wind may change direction and we may change our gear. And in this gear box, the name of the game is reduce the friction to increase the horsepower it puts out,” Chatten said.

She said that there are some tricks to the trade of how to make that happen. But that there’s “definitely some things that no gearbox person would share in any interview.”

Chatten said never giving up is “truly what got me to where I’m at” and that there’s nothing else like the Indy 500.

“It’s the Superbowl of motor racing and, of course, you wanna win that race,” Chatten said.

She said walking out and seeing the crowd of people and feeling that energy is something that can never be duplicated anywhere else.