Crowds for boys basketball tourney is a local decision

Fans are required by the governor’s state mandate to wear masks at all tournament games. 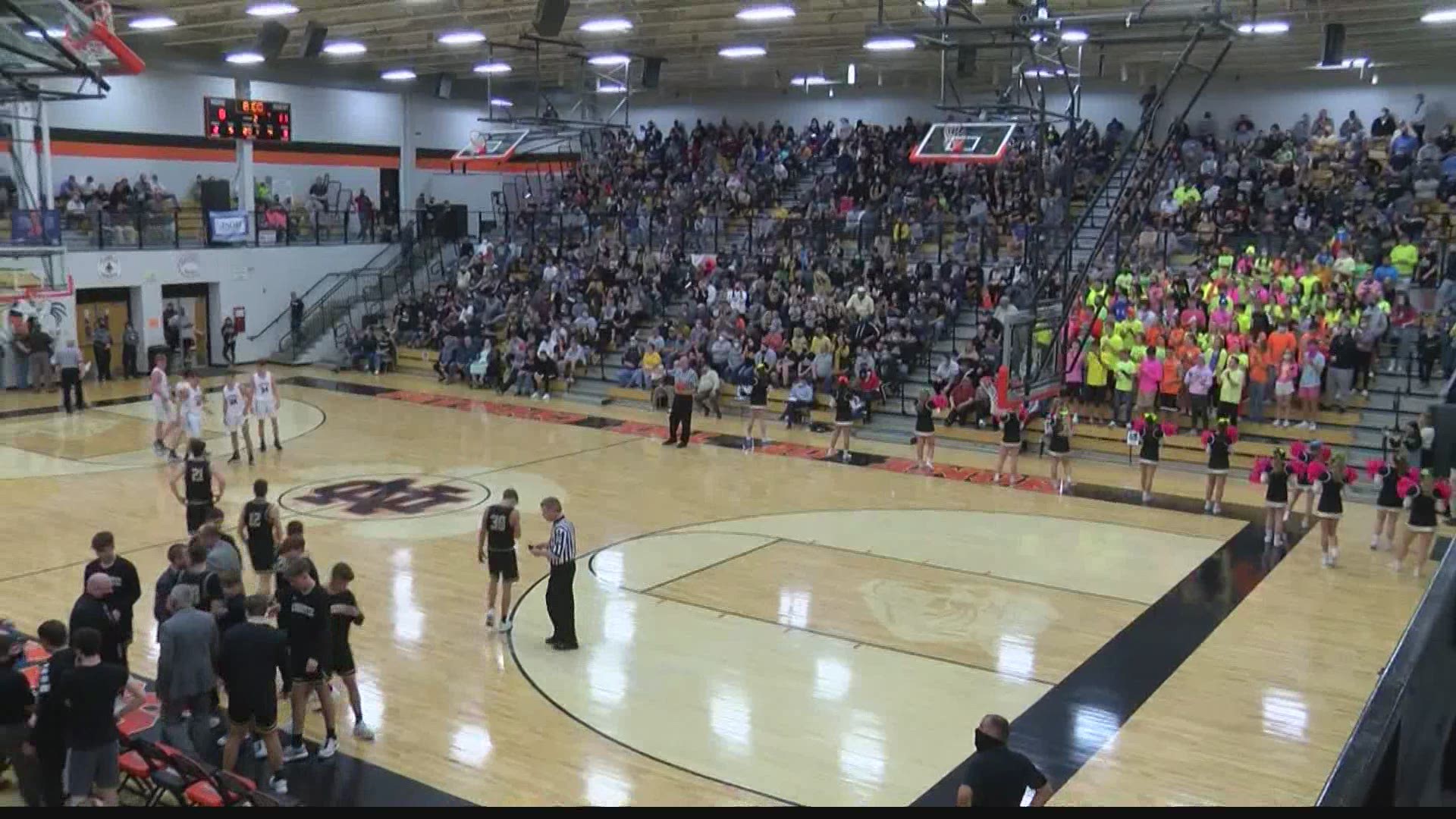 MARTINSVILLE, Ind. — Some video and images of big crowds around the state last weekend at boys' basketball sectional games has raised concern about social distancing and some fans not wearing masks.

COVID-19 forced the cancelation of the state tournament on this week one year ago, just before the regional round.

Video from the sectional games at North Daviess High School showed a nearly full house with little social distancing and many fans not wearing masks.

"My first question was, 'Were you following your local health department's guidance?' The answer back to me was that they were,” Neidig said. “That is my primary concern. Then they'll make their decisions based upon what their local county permits them to do."

“Our county department of health approved our plan. North Daviess was approved for 1600 total capacity per game. Each school had 30 comp tickets and 700 tickets for sale…For masks we required face covers upon entrance and while in the stands. The only time while in the school for no face covers was while eating or drinking.”

By comparison, Martinsville High School is hosting a regional this Saturday. Twenty-five percent capacity is allowed, but school officials are taking a conservative approach with only about 600 people allowed in the 4,000 seat John Wooden Gymnasium.

"We saw some gymnasiums that had quite a few people in attendance,” said Kip Staggs, Martinsville High School athletic director. “But each county and each school corporation have their own set of guidelines that they're trying to follow. So, it's easy to be critical of what's going on in another school. I know that every week we have worked together as school (athletic directors) trying to figure out how we can get as many people in a venue as possible."

The gym will be cleared out between the morning doubleheader games. Fans will only be allowed to attend games involving the school from which they bought the ticket.

Martinsville is asking schools to keep a list of people who get tickets for possible contact tracing.

"We're still trying to find a way to maximize the number of tickets sold so that people can enjoy the event and the contest,” Staggs said. “It's a special time for everybody. And we want to make sure we try to be respectful of that, too.”

Limited ticket sales have hurt athletic department budgets. The IHSAA expects to be under deficit spending through at least October due to lost state tournament revenue. But Neidig says money is not, and cannot, be a factor in deciding how many fans can attend games safely.

"We've done so much this year to give student athletes an opportunity to participate,” said Neidig. “Other states have not been able to do that. Indiana is such a special place and understood the need of student athletes to do what they've always done and compete with their school name across their chest. But we cannot let up now. People have to be diligent in their responsibility to do the right thing.”

Fans are required by the governor’s state mandate to wear masks at all tournament games.