Only 2,500 people will be allowed through the gates of Lucas Oil Stadium for the Colts home opener against the Vikings. 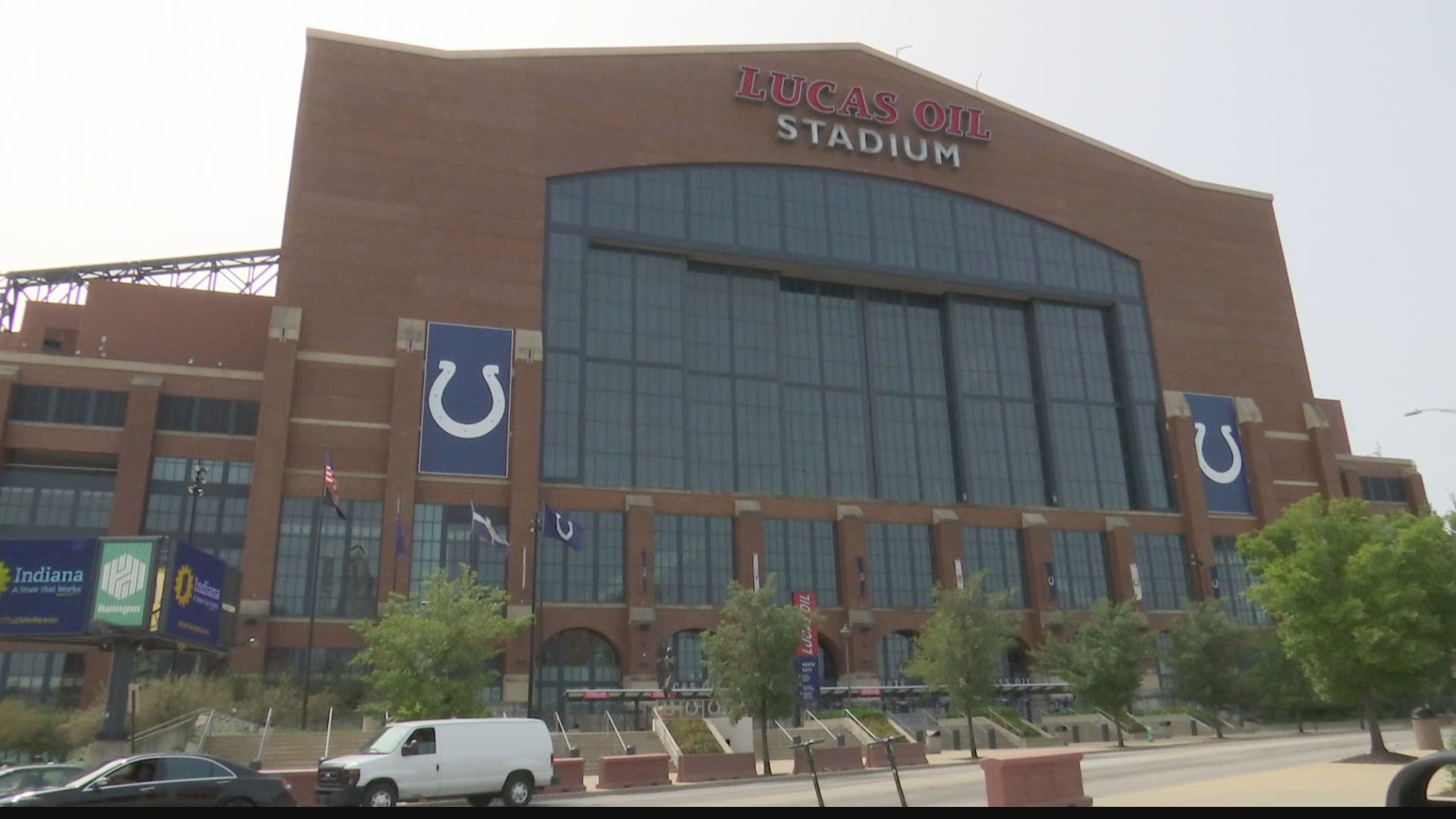 INDIANAPOLIS — Only 2,500 people will be allowed through the gates of Lucas Oil Stadium for the Colts home opener against the Vikings at 1 p.m. this coming Sunday.

"While there won't be as many fans in the stands as normal, we're still planning on delivering a great game day experience - the camaraderie, the excitement,” said Roger VanDerSnick, the Colts' chief sales and marketing officer. “I checked the weather. It looks like it could be a really wonderful fall day, good chance the window and the roof will be open."

Across the street from Lucas Oil Stadium used to sit what was originally called the Hoosier Dome.

The tickets were gone by the time the team reached 1989 on the season ticket list. Some of the chosen few are trying to resell their tickets for over $1,000 each. The cheapest ticket listed Monday afternoon is over $300.

"Ticketmaster is our ticketing partner,” VanDerSnick said. “They have a fair amount of influence in that area and the NFL in total also watches it. So, we're all watching it. But I think we're OK with the way it is now."

Safety measures for fans attending the Colts home opener include assigned entrances and exits, COVID-19 screening questions and temperature checks, masks required except when eating or drinking, social distancing through pod seating and no tailgating around the stadium.

The upper deck will be closed off by curtains. Less than half of the suites will be open. The 2,500 fans are less than four percent of Lucas Oil Stadium's normal gameday capacity.

But the Colts are grateful, considering many NFL stadiums are not allowing any fans.

"I think that's good certainly for our fans,” VanDerSnick said. “But frankly, it's also good for our team. Our team, our players and people - they want to hear fans in the stands, even if it's a fraction of what it used to be. That's important for us and our folks on the team."

The Colts are hopeful home crowds can grow throughout the season with approval from Marion County health officials.

The Indy Eleven has hosted soccer matches at Lucas Oil Stadium since July with "tickets distributed" listed at about 5,000. That would be twice the amount allowed for the first Colts game.

The Eleven would not say how many of those tickets were actually used. But a spokesman released this statement:

“Indy Eleven and Lucas Oil Stadium worked diligently with local health and government agencies to create a comprehensive Health and Safety Plan for the return of live sports to the venue, one which would be in strict accordance with the state’s successful ‘Back on Track’ guidelines. Several factors, including an adaptable seating manifest that goes well beyond CDC social distancing guidelines, mandatory face masks throughout the venue, and mandatory pre-entry temperature checks for fans performed by our partners at Community Health Network, have resulted in one of the safest environments in professional sports for our players, staff and thousands of fans since the restart of the USL Championship season in July.”