Lincoln turned 7 years old this week and hasn't missed a Grand Prix or Indianapolis 500 since he was born! 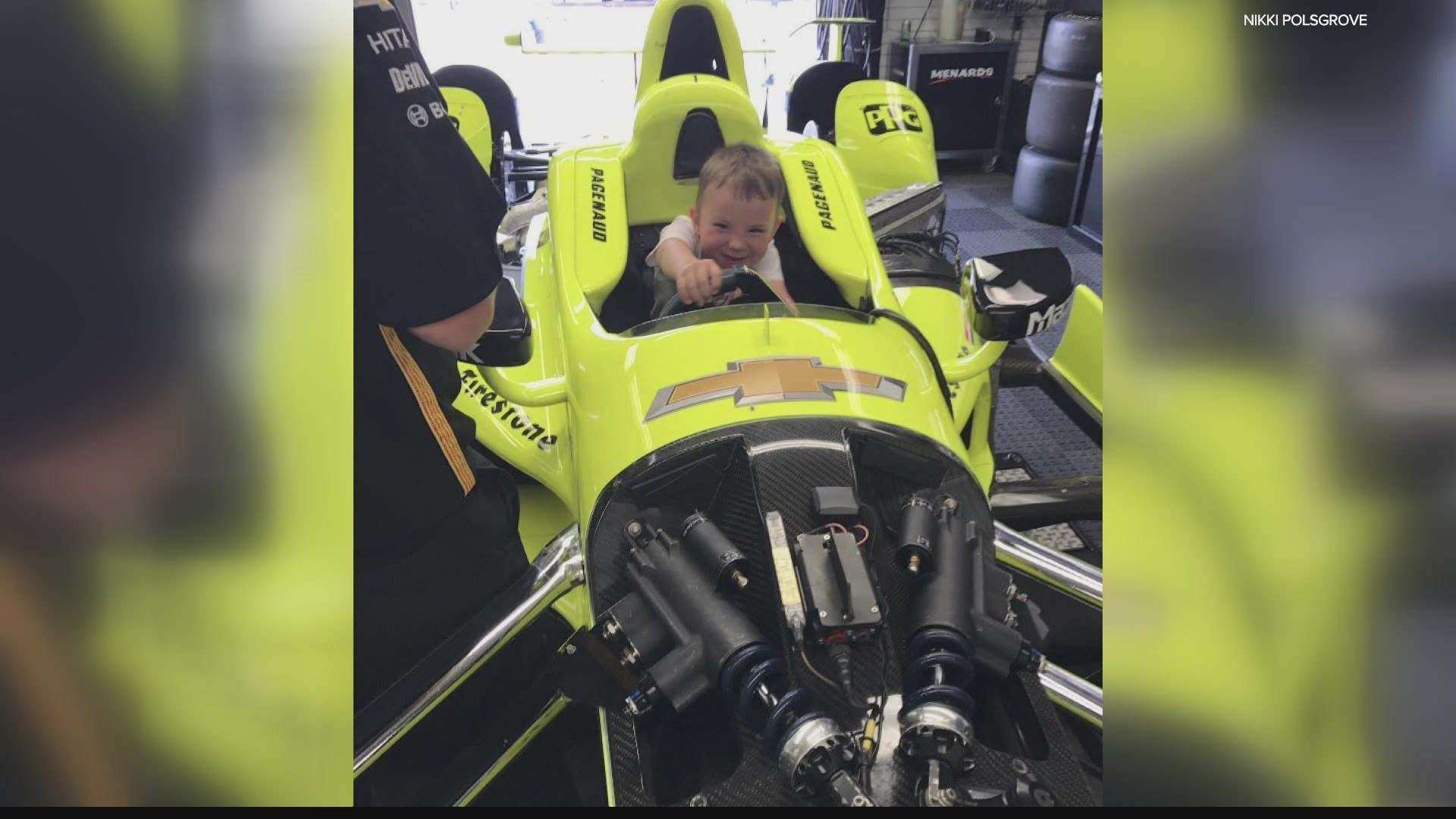 It was a different experience inside Indianapolis Motor Speedway on Saturday.

A historic IndyCar and NASCAR double-header but no fans were allowed in to see it.

That didn't stop some of the most dedicated fans from gathering just outside the track to at least take in the sights and sounds from a distance.

"It's a place that we love and with everything going on right now we just wanted a little bit of happiness," IndyCar fan Nikki Polsgrove said.

Nikki Polsgrove, her husband Nathan and their son Lincoln stopped by outside the gate off Georgetown Road. They joined several other fans to watch the GMR Grand Prix on the jumbotron inside.

Lincoln turned 7 years old this week and hasn't missed a Grand Prix or Indianapolis 500 since he was born!

"It's really sad because we don't get to be in there and really watch them," Lincoln Polsgrove said.

Even though they couldn't go inside, Lincoln wasn't gonna miss a chance to try and at least catch a glimpse of his favorite driver, 2019 Indy 500 champion Simon Pagenaud.

The two first met back when Lincoln was just three years old and they've developed a relationship over the years.

"When I was three, I got under the gate and I hopped in his race car," Lincoln said. "But you're supposed to be eight. My mom tweeted Simon Pagenaud and Simon Pagenaud tweeted my mom back and said I wanna meet him."

Nikki says they did finally meet and they've met several times since at different signings. She says Pagenaud even knows Lincoln by his nickname "Duke".

"So every time he sees him he remembers him and he says "Ohhh it's Duke!", Nikki said. "So it's pretty cool."

Lincoln was disappointed he couldn't visit the 22 car's garage on Saturday but they plan to be back at IMS—and in their seats—for the rescheduled Indianapolis 500 on August 23.

"I really hope we're allowed in in August," Nikki said. "It would mean a lot to Lincoln. I know he's only one person around here but he's pretty bummed we can't go in."