Athletic directors are scrambling to implement and adapt plans to accommodate as many fans as possible while maintaining social distancing. 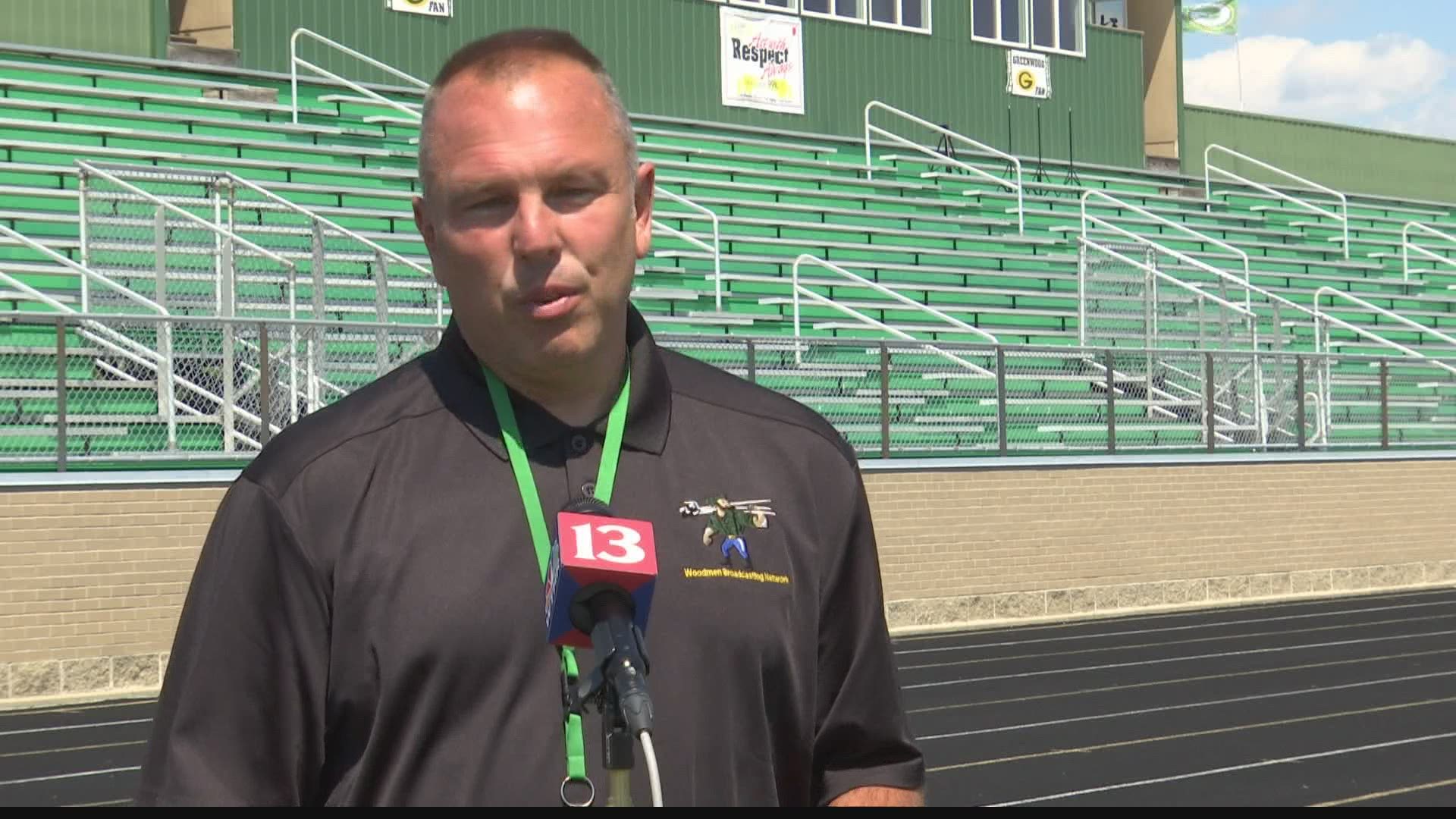 GREENWOOD, Ind. — The biggest event - as far as spectators and logistics - for most high school athletic directors is the Friday night football game. For now, spectators will be allowed in stadiums when the Indiana high school football regular season kicks off August 21.

“It's generations of fans who have played football at that school and are supporting it,” said IHSAA Commissioner Paul Neidig. “That's what's special about what we do. We know some schools are going have to start playing at a reduced fan capacity. We certainly understand that."

"Honestly I think every AD is in panic mode of how we're actually going to pull this off," said Greenwood Community High School Athletic Director Rob Irwin.

Athletic directors like Irwin are scrambling to implement and adapt plans to accommodate as many fans as possible while maintaining social distancing. Greenwood opens the season at home against Bloomington North on August 12. Irwin walked around the stadium Friday afternoon with his assistant director, measuring spaces and talking over plans for spreading people out.

Greenwood will split home and visiting fans with separate entrances, bleachers, concession stands, and restrooms. Irwin does not want to turn fans away on game night, so all tickets will be pre-sold to have a better handle on how many people are coming to the game.

“I'm convinced that education-based athletics is the right thing to do right now,” said Neidig. “Our kids need our coaches. Our coaches need our kids and keeping them safe is paramount."

The IHSAA guidelines call for family units to be separated by six feet in the stands. Each set of bleachers should seat no more than 50 percent capacity with a maximum of 250 people. Each group of 250 should have its own entrance and restrooms.

Crowd limits and plans for fans could be different at every school. Several central Indiana athletic directors weren't prepared to talk about their plans two weeks before the first game. Some said they are still putting their spectator plans together. Others are waiting for approval of plans from school administration or county health departments. 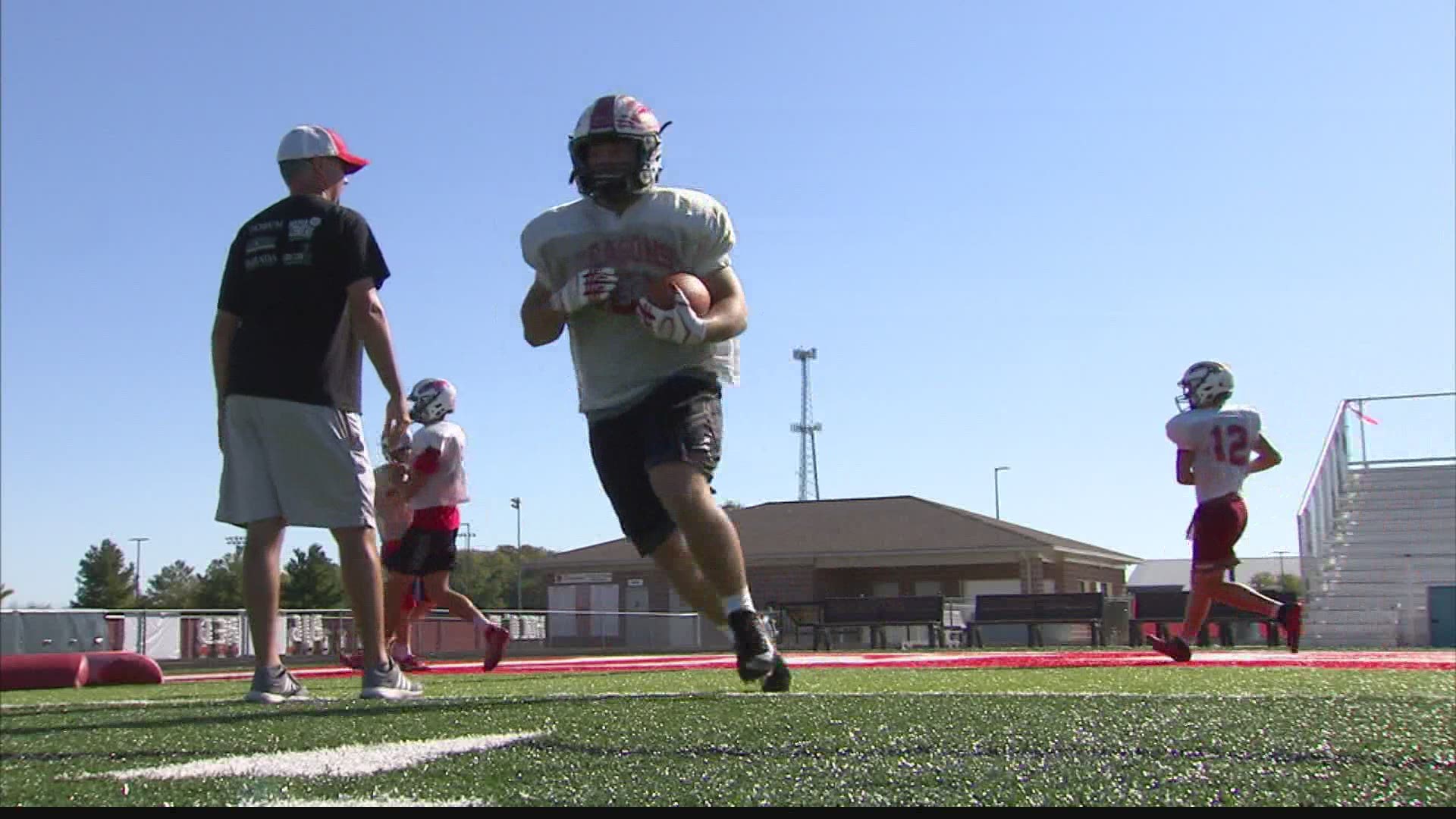