Westfield tops Snider, will face Columbus East for 5A championship

The Westfield Shamrocks are headed to the Class 5A state championship game after a 23-17 win over Ft. Wayne Snider Friday night. 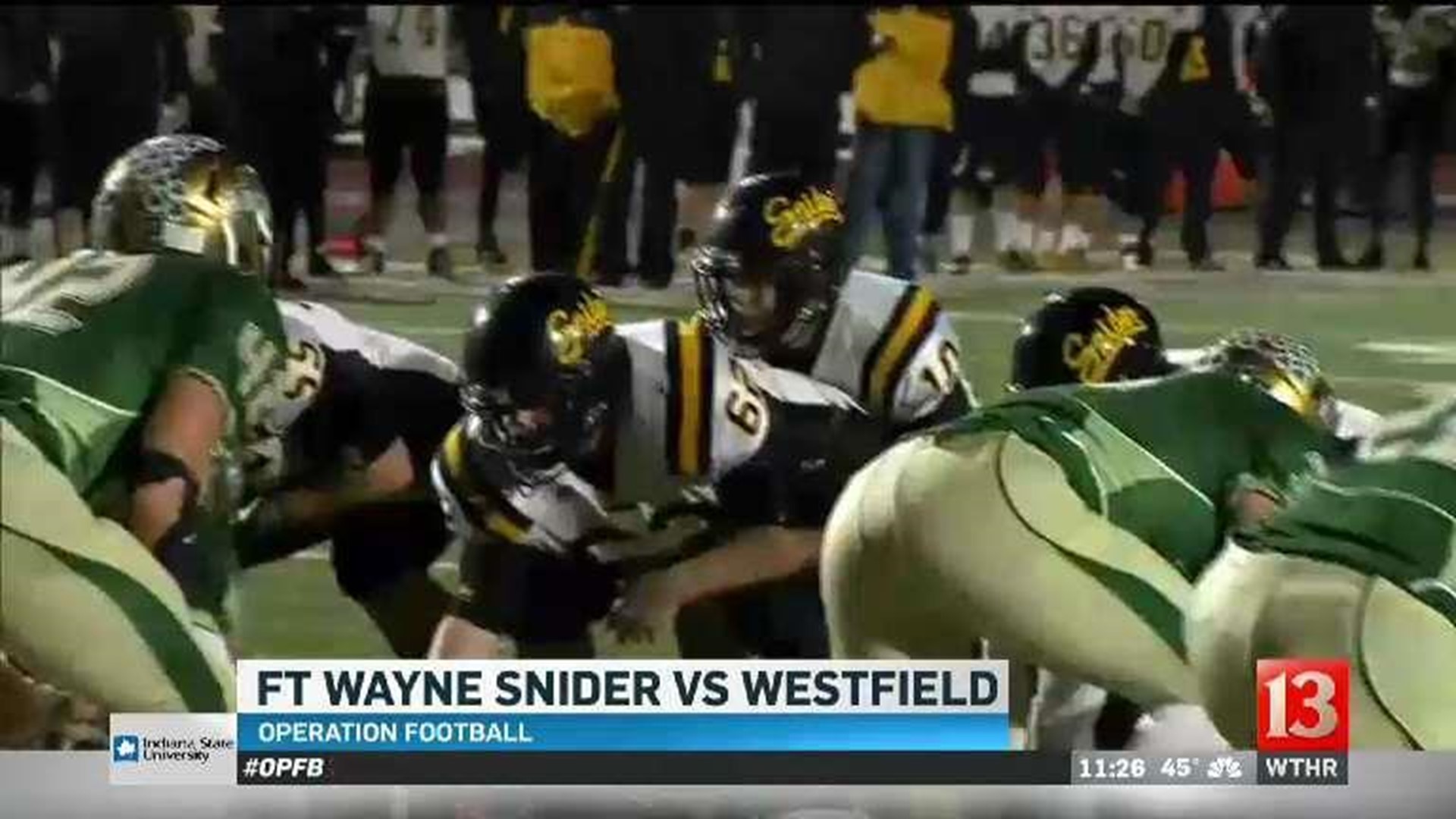 WESTFIELD, Ind. (WTHR) - The Westfield Shamrocks are headed to the Class 5A state championship game after a 23-17 win over Ft. Wayne Snider Friday night.

The Panthers jumped out to a 10-0 lead in the first quarter, but the Shamrocks rallied.

After Will Harrison got Westfield on the board with 2:39 left in the first half with a 40-yard field goal, Andy Sweet connected with Evan Manley from 25 yards out to tie the score at 10-10 with 42 seconds left.

Nate Froelich gave the Shamrocks the lead less than four minutes into the second half with a short touchdown run, but Snider tied the game at 17.

But after Westfield recovered a Panther fumble in Snider territory, Harrison kicked a 50-yard field goal, then added insurance with a 25-yarder following another turnover.

Westfield's defense continued its strong play, forcing a turnover on downs with 2:31 to go to preserve the win.

The Shamrocks will be making their third appearance in the state championship game, looking for their first title. They lost the 1992 Class 2A championship 17-0 to Ft. Wayne Bishop Luers and fell to Cathedral, 42-18 in the Class 5A title game three years ago.

Westfield will face Columbus East, who trounced Bloomington South 35-15. The Olympians won the Class 3A title in 1979 and the Class 4A championship in 2013, beating Ft. Wayne Bishop Dwenger 28-27.

Kick-off for the championship game is scheduled for 7 p.m. Saturday, November 26.