Ben Davis routed Avon to earn a trip to the state championship game. 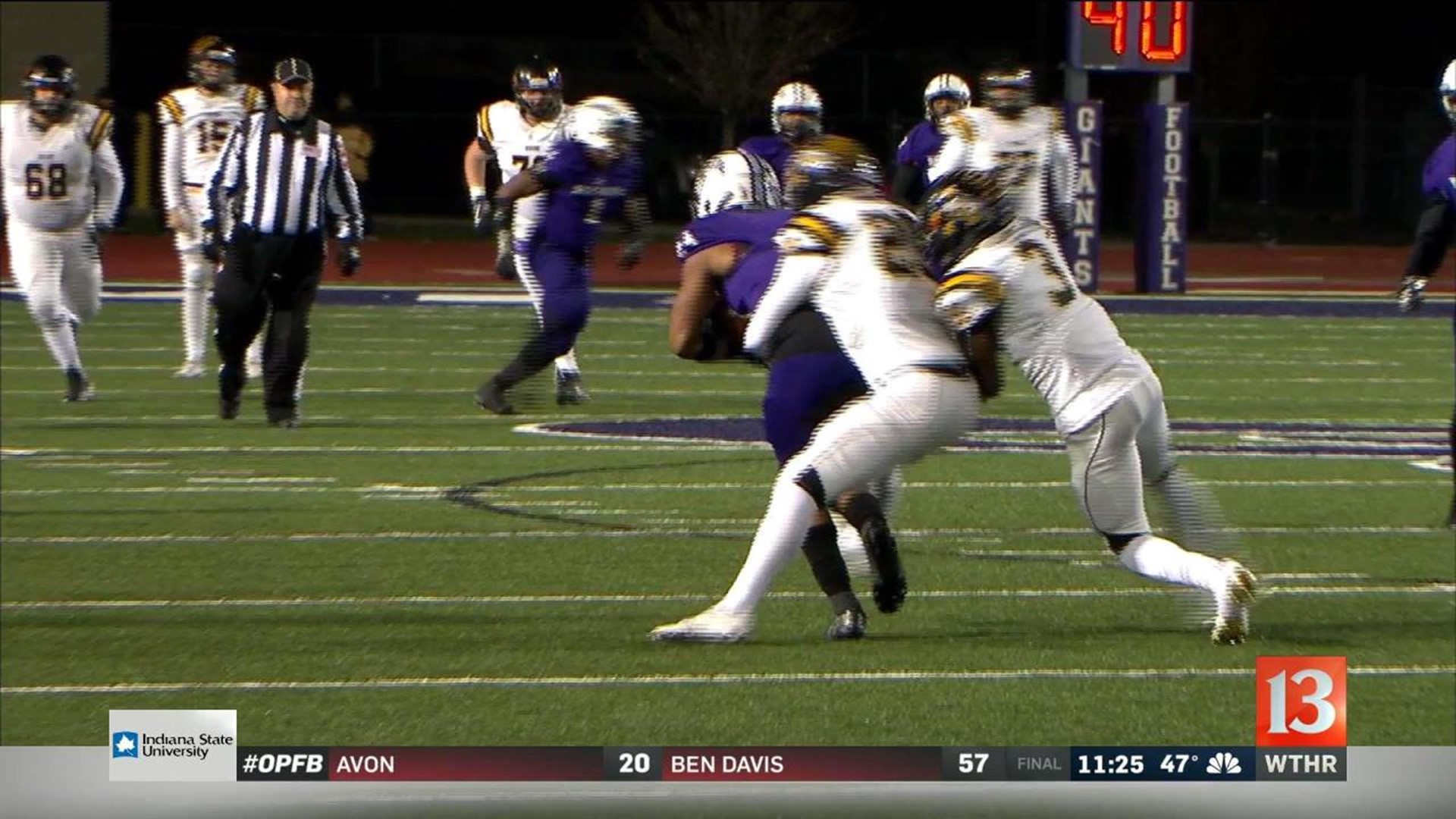 Reece Taylor put the Giants up early with a 10-yard scoring run and Joey Person added to the lead with an interception return for a touchdown to put Ben Davis up 13-0.

Sampson James scored for the Orioles to get within eight, but the top-ranked Giants were too fast and too strong.

Ben Davis will face Penn Saturday night for the Class 6A state championship.