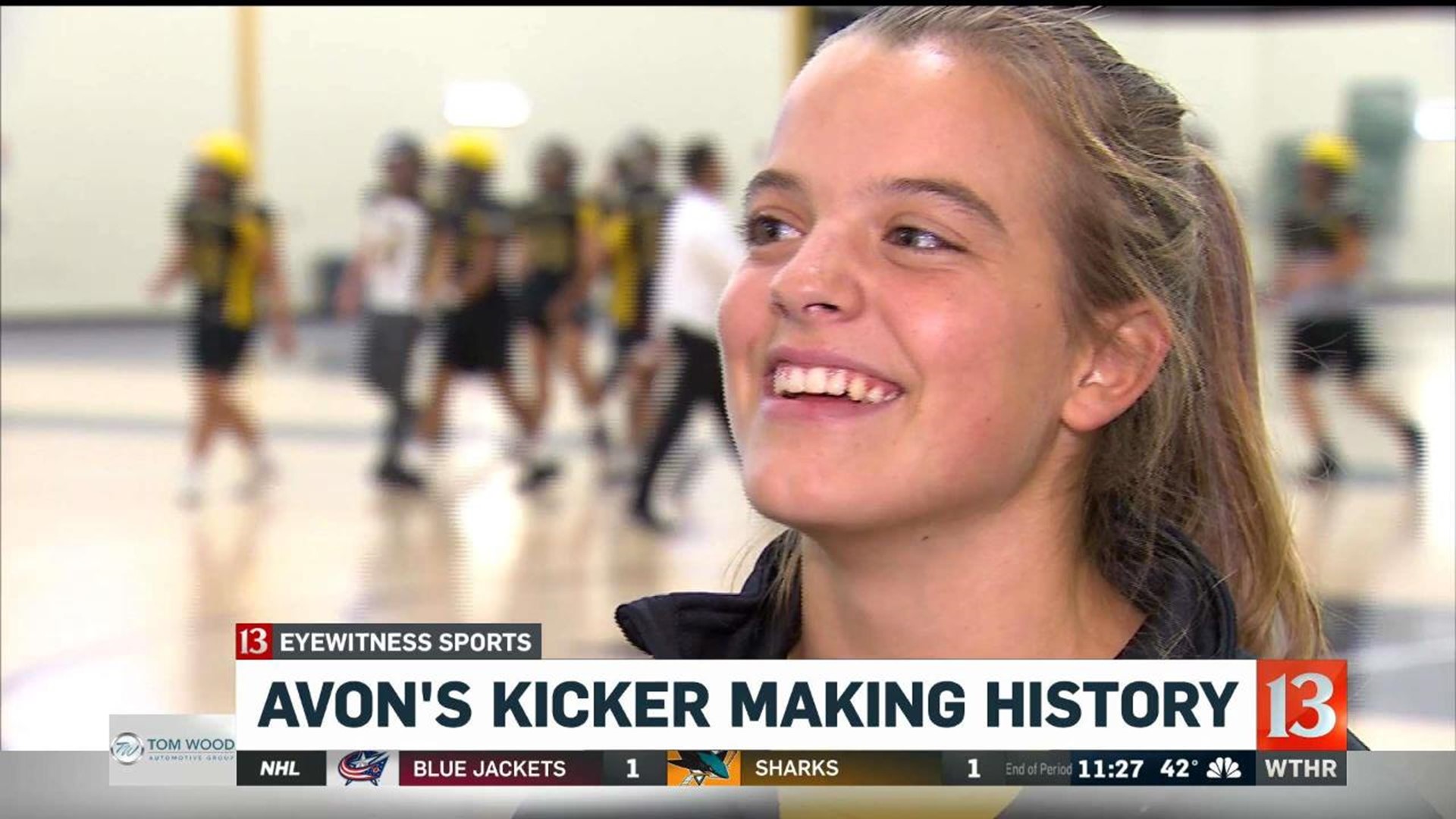 AVON, Ind. (WTHR) - The Avon Orioles have a secret weapon they hope carries them deep into the state playoffs.

Avon took their football practices inside during the rainy weather this week. In the middle of all the big guys stood 5-foot-tall Sam Miller, but she can hold her own.

"It's always been great. I've never had a problem with any of the guys saying anything and on the sidelines, especially, they just treat me like one of the guys," Miller said.

"In 34 years of coaching football, we've had some girls wanting to come out during the offseason and it's pretty difficult, doing what we do, you've got to be committed. But this is the first female football player I've been able to coach in 34 years," said Avon head coach Mark Bless.

"I was really nervous, like, the whole time. I think I might have been shaking, I'm not sure. But then I took my steps and I kind of zoned everything out for a minute and then the next thing i remember, the kick goes through and then all of a sudden, all the guys are jumping on me and patting my helmet, then I hear the crowd, then I come and all the coaches are smiling at me and giving me high fives," Miller recalled. "It's one of those things that you'll never forget."

Sam has been playing the sport that she loves since seventh grade. She says she just wants to fit in and have fun.

"At the beginning of every season it's kind of weird, because there are some new guys and it takes some getting used to, but it's good now and everyone has fun," Miller said.

"She's not a big person, but she's very committed, she has a big heart. She wants to do well. She did a good job splitting time and being at our practices when we needed her and getting over to the girls' soccer team and competing over there," Bless said.

Avon hosts Brownsburg Friday night at 7 for the sectional championship.