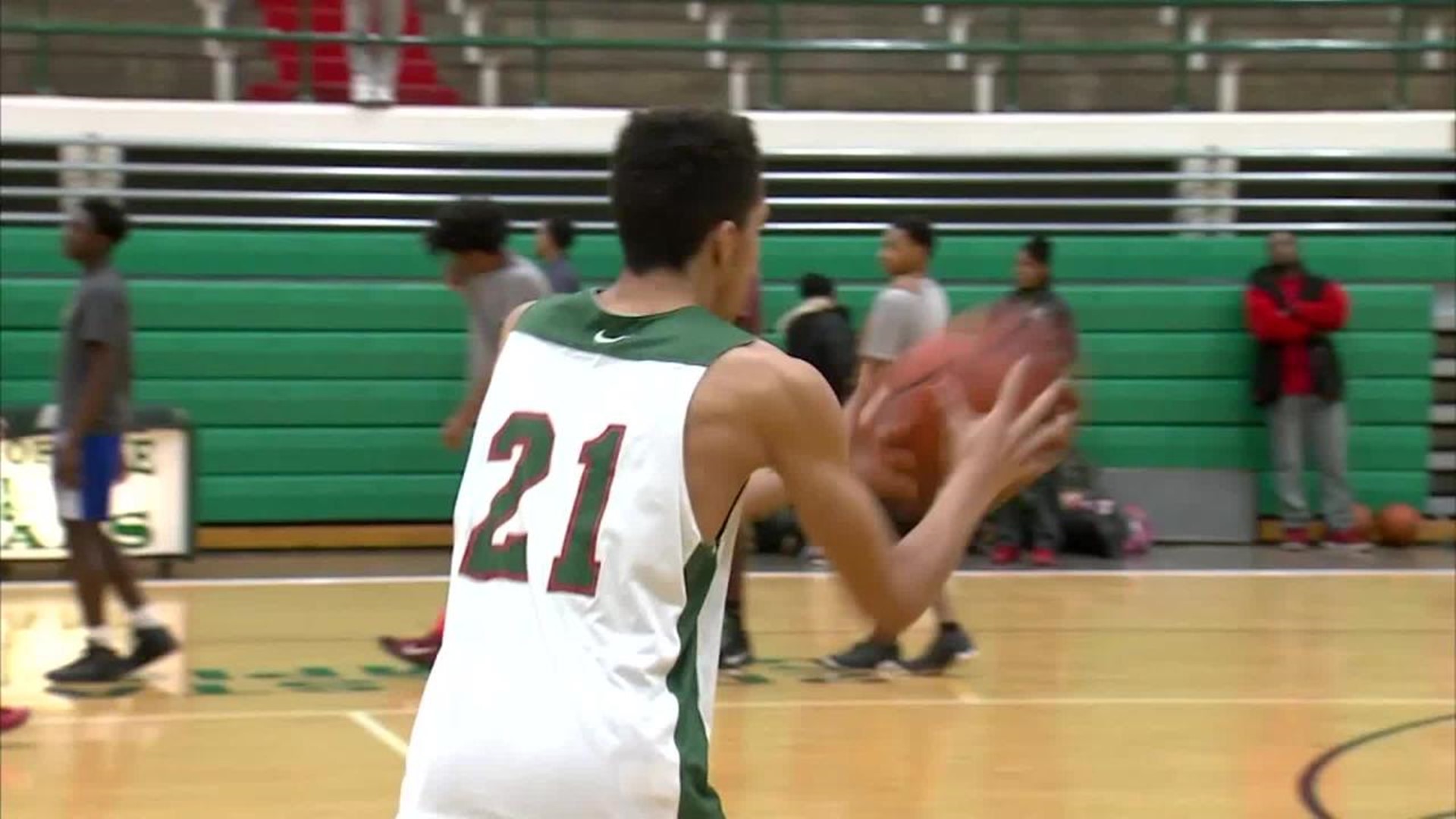 "They had dropped all my friends off and one of them drove with me and he's, like, 'Your mother is gone.' I'm confused, like, my mother's gone," Halvorson said.

It was in that car ride that Isaac lost the only family he’d ever known, just weeks before he would begin high school.

"That's my mother, I'm never going to be to prepared for it. But I had came to high school, and she taught me to not dwell on things ever, no matter what. So me losing her probably drove me through my freshmen year," he said.

Halvorson sought and found solace in sports. He played both football and basketball for the Titans and excelled. He led his JV teams in his freshman year and before being elevated for the varsity his sophomore years.

He also found a new home, moving in with his childhood friend and teammate, Derrick Ball. Ball's father, Derrick Sr., is now raising Halvorson as his own. He says the decision to expand his family was a no-brainer.

"I knew his situation before, like I said, they've been friends since the second grade, so as soon as I heard it, me and my son Derrick was driving, I said he's coming with us, instantly," Ball said.

"I just needed that family feel. Once I lost everything, they just came into my life and took over like that's my family, that's my daddy right there. Like, I don't care. Blood can't make us no thicker," Halvorson said.

"They really are like brothers, like two peas in a pod. Before practice, after practice, they are always together. The Ball family has been great for that young man," Dabney said.

The positive impact on Issac has manifested itself on the court as well. As Tech's sixth man, Isaac is the team's third-leading scorer. He says despite all he's been through, his life story is proof that you control your destiny.

"I'm just someone that doesn't want to dwell on anything that's happened in my life," he said. "'Cause life goes on no matter what happens. You could be stuck selling dope, you don't have to do it. No matter what happens...anybody can die, but you got to live your life."

Isaac says he plays for his mother's memory, but he's grateful for the family he has at Tech High School.