Cade Thompson is now in remission - and on a mission - less than a year after he was diagnosed with osteosarcoma. 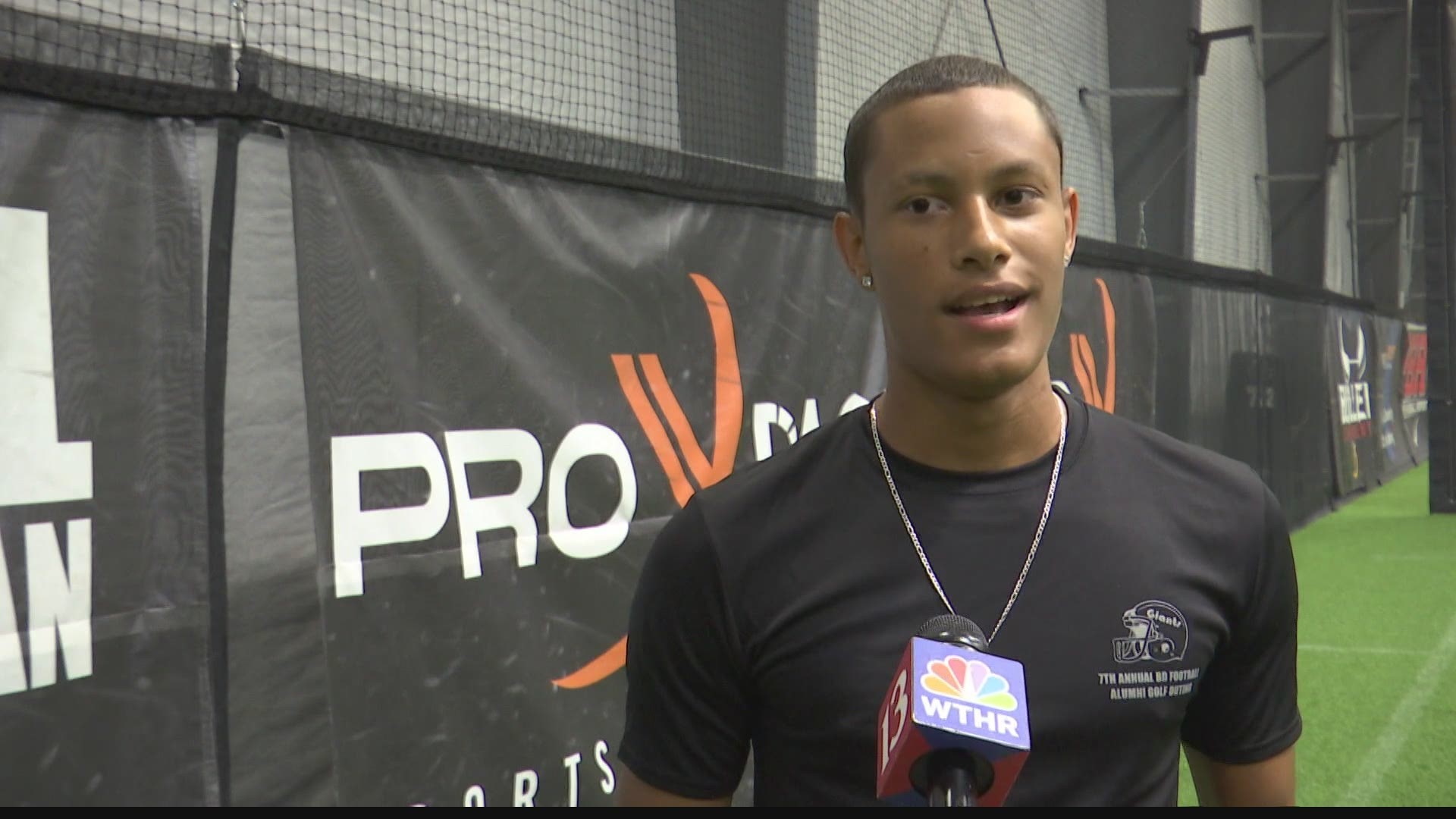 INDIANAPOLIS — We first introduced you to Ben Davis football player Cade Thompson last fall, right after he was diagnosed with osteosarcoma and started chemotherapy.

After 29 rounds of chemo over the last 10 months, plus a 15-hour surgery to remove the tumor in his leg, Cade is now in remission.

"I’m feeling good. Actually, I’m feeling really good. It’s just nice to walk again without crutches and be able to move normally and feel normal again without having to go in the hospital," he said.

The 16-year-old received clean scans in April and was able to ring the bell at Riley Hospital for Children at IU Health to celebrate the moment. Now, Cade is focused on working his way back to full strength. He’s regularly going to physical therapy and working out with his older brothers, Trevor and Broc Thompson.

"Yeah, it gets annoying sometimes," Thompson laughed. "But it’s for the best. They always push me hard and I push them hard, it’s how I was raised up. It’s just amazing."

Cade said the main thing on his mind is returning to the football field. He plans to continue his recovery, physically and mentally, during his junior year. He said senior year is when he hopes to play again.

But this weekend, Cade got the chance to step onto the diamond at Victory Field. He was invited to throw out the first pitch at an Indianapolis Indians game on behalf of Riley.

"I was like, 'Wow! That’s me!' Because going into Riley, I see all these kids and everybody there and it’s a blessing they had me represent that. I was really honored," he said.

From sitting in a hospital bed to throwing baseballs, all in a year span. Cade is now remission and on a mission.