The Girls State Finals are Saturday, and in 4A, Hamilton Southeastern is rolling. 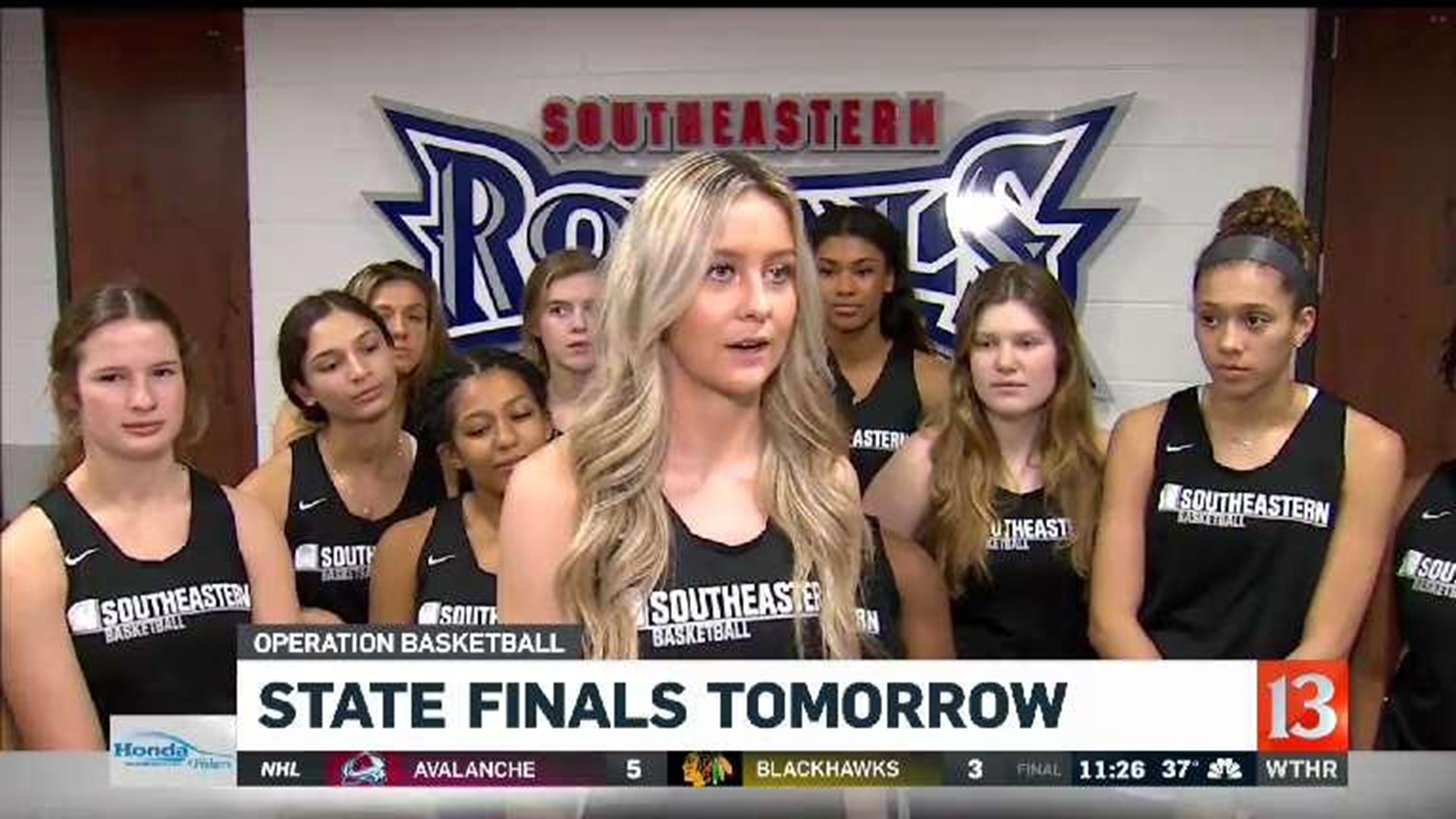 INDIANAPOLIS (WTHR) - The regular season of Operation Basketball is coming to a close.

The Girls State Finals are Saturday, and in 4A, Hamilton Southeastern is rolling.

They have lost just one game this year as they chase their first-ever state championship. They take on Lawrence North in the night game.

We visited with the team. Click on the media player above to see how HSE has been preparing for this weekend.

All of the coaches gathered this week for a press conference. We spoke with Kathie Layden, Northwestern's head coach, as they go after their second consecutive 3A state title. Her daughter plays on the team, and Kathie's husband is an assistant coach.

You can hear our interview with the Laydens in the story posted above.