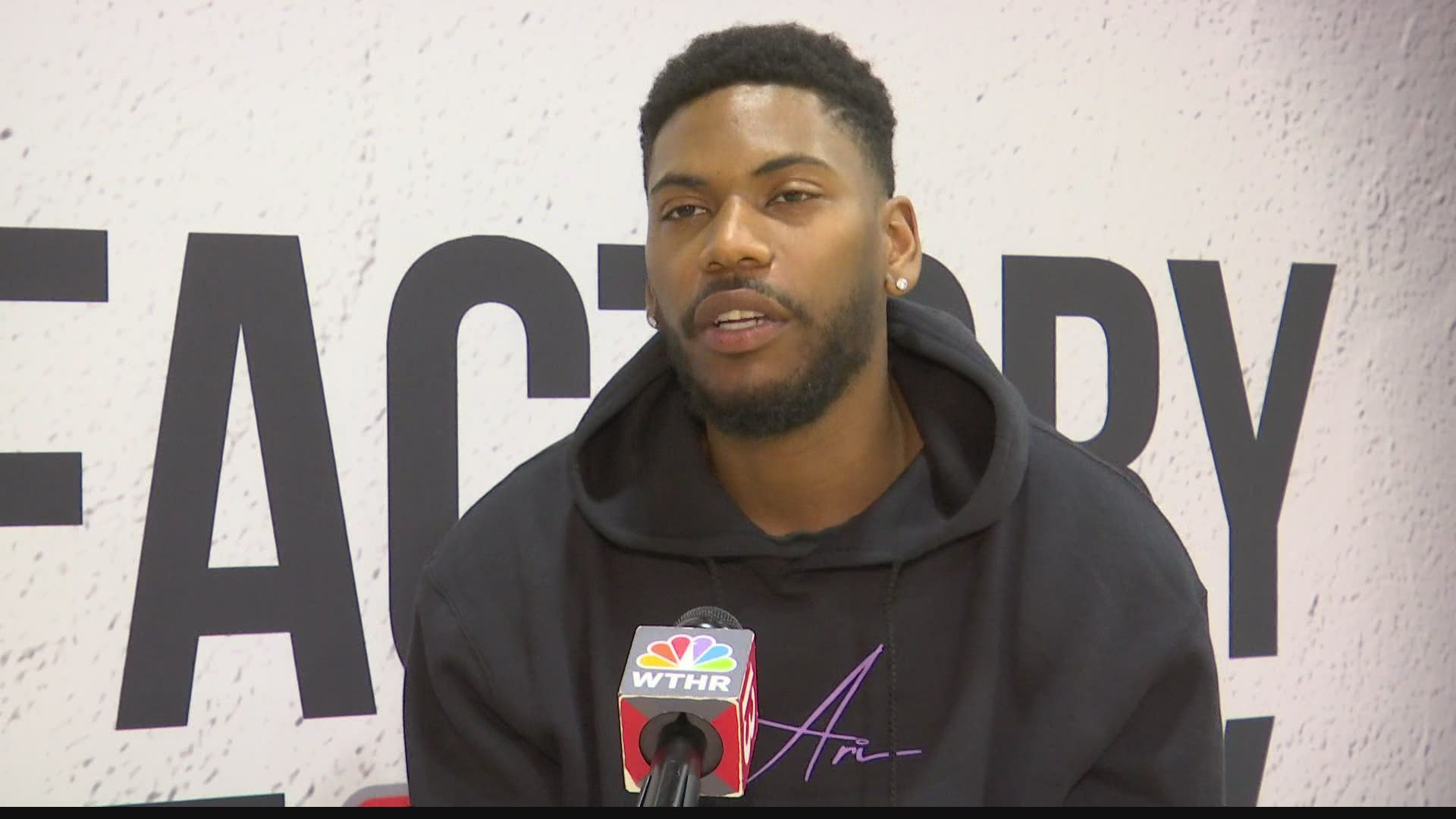 "Ariana has been a blessing in my life," says Robinson. "Obviously the best thing that's happened to me."

The former Indiana Pacer and current Philadelphia 76er says he and his 2-year-old daughter share a special bond.

"Our relationship is golden. It's better than any relationship I've had with a woman, my brother, anything," Robinson said with a smile. "We're so close, we're so tight. She's definitely going to be a daddy's girl."

Their relationship is what inspired Robinson to create The ARI Foundation. Named after his daughter, ARI stands for Angels are Real Indeed. The mission is simple: To empower fathers to be the best dads they can be and to provide assistance to families without fathers in the home.

"When I had her, I was kinda deciding 'how can I create a legacy, not just for her but for others?'" Robinson recalled. "We're just a vision to help fatherhood and help replace some of the negative stigmas of being a father and how certain people may look at us."

ARI Foundation | Angels are Real Indeed | Helping Fathers and Families
Understanding the importance of fatherhood. Support the ARI Foundation and help empower fathers by purchasing apparel from our site, or donating to us directly. Each dollar we raise helps greatly improve the life of a child as well as the father figure. We want to make POSITIVE impacts!

The ARI Foundation has already held a handful of events, including a turkey drive at Thanksgiving and a daddy-daughter dance last Valentine's Day. But Robinson also wants the foundation to be an informational resource. He knows firsthand that there's a learning curve when it comes to parenting.

"I didn't know how to put Ariana in a car seat at first. It took a while to get the diaper thing down. We play grocery store and play with baby dolls all day. I'm a guy that's playing sports all day, so the interaction is different," Robinson joked. "My daughter will never grow up missing out on those things and that's what's important to me, knowing she has a father who really cares and us to be able to help others out to create that relationship and that bond."

Robinson is making sure his impact is felt far beyond the basketball court and has big dreams for the future of The ARI Foundation.

"My passion has always been about helping people and helping others. I had role models growing up and I know how important that is for a kid. Me, being an NBA player, I can use my brand and profile to help others."

Read more about and learn how you can support The ARI Foundation.