C.J. Stroud threw for 484 yards and three touchdowns in the Buckeyes' loss. 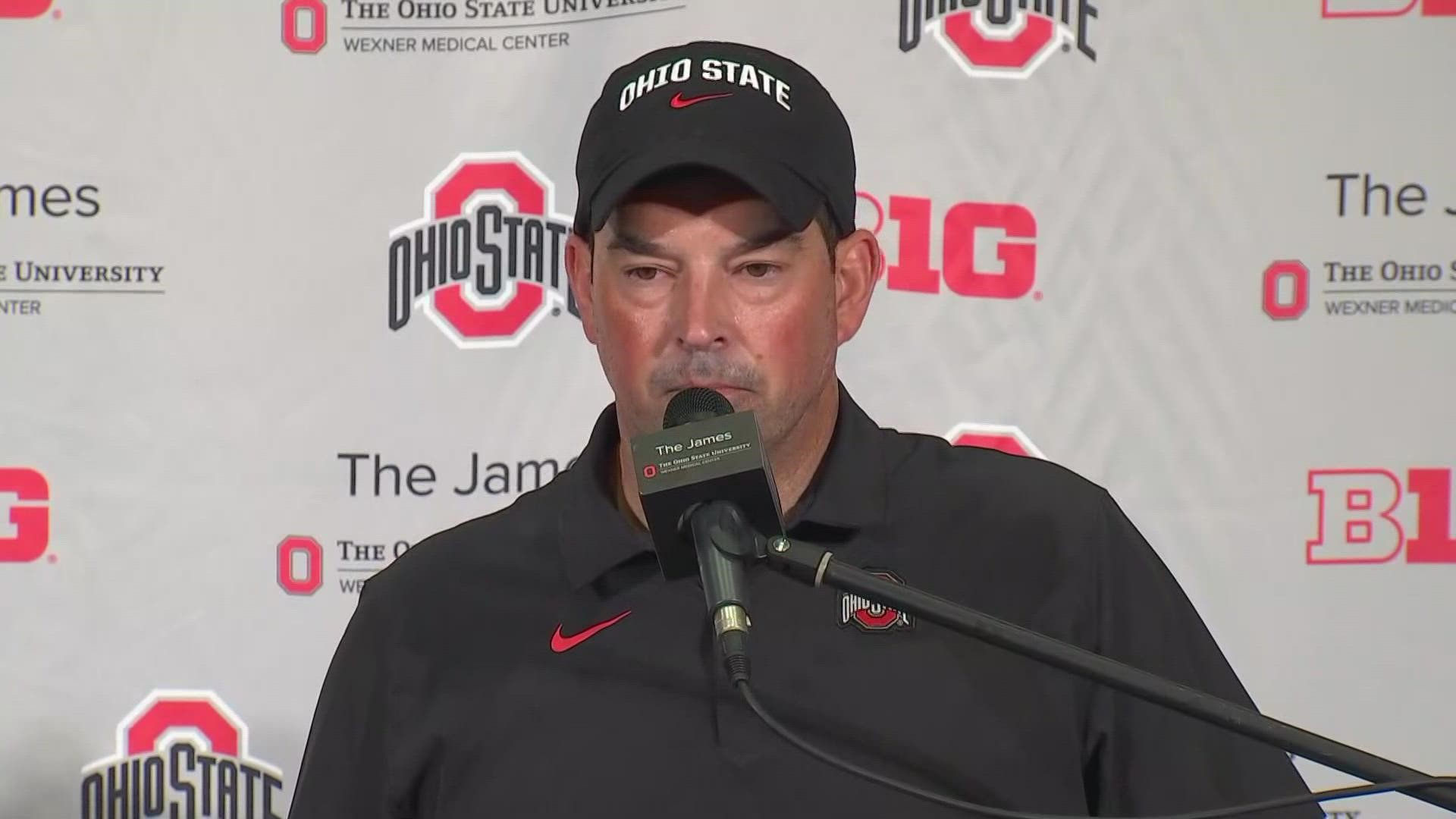 COLUMBUS, Ohio — C.J. Verdell ran for 161 yards and had three touchdowns as shorthanded No. 12 Oregon exploited a porous Ohio State defense to upset the No. 3 Buckeyes 35-28 for their first regular-season loss in nearly three years.

Ohio State (1-1) never led the game it was favored the win by 14 1/2 points despite gaudy numbers from freshman quarterback C.J. Stroud. Its front seven struggled to contain Verdell, control the edge and get after Ducks quarterback Anthony Brown in front.

The Buckeyes had a chance to tie it late after pulling within a touchdown with 7:55 left. But when they got the ball again, Stroud, who passed for 484 yards and three touchdowns, took his first sack of the day and then was intercepted by Verone McKinley III on a desperation sideline pass on third-and-18 at the Oregon 35 with 2:50 to go in front of a stunned crowd of more than 100,000.

Stroud, trying to show he is a worthy heir to Justin Fields, likely will be fine. It’s the Ohio State defense that needs work.

Twice in the first half Verdell scurried around the left end — one of them was a pitch pass on fourth-and-1 — and went untouched into the end zone from 14 yards out. Travis Dye exploited the left side again, running from 5 yards out to give the Ducks a 28-14 third-quarter lead.

Three plays into the second half, Verdell blasted through the middle untouched and outran defensive backs for a 77-yard score. He went left again for a 7-yard gain and a first down in the fourth quarter, one play before Brown connected with Moliki Matavao for a 14-yard touchdown to give the Ducks a 35-21 lead with 12:46 left.

Stroud, in his second start, passed for the second-most yards in Ohio State history, coming up 15 short of Dwayne Haskins Jr.’s 499 against Northwestern in 2018.

Stroud’s success was partly due to some brilliant catches by receivers Chris Olave, Garrett Wilson and Jaxson Smith-Njigba. He was 33 for 54 and connected for two touchdowns with Smith-Njigba and another with Wilson.

Oregon: The Ducks were better than they showed in their opener when they struggled with Fresno State. Brown made smart decisions; the 5-foot-8, 211-pound Verdell, who was plagued by injuries the last two seasons, had a stellar day; and the O-line controlled the line of scrimmage.

Ohio State: Stroud is adept at finding his star receivers and making throws but is still getting comfortable with decision-making. He could be the next offensive star for the Buckeyes in a long line. But the defense needs improvement, especially linebackers. This loss is squarely on their shoulders.

Ohio State likely will take a considerable tumble, while the Ducks move into the top 10.