Final season underway for Butler's Trip and his longtime handler

Follow the Butler Bulldog for only a few minutes and you'll learn he's a rockstar. 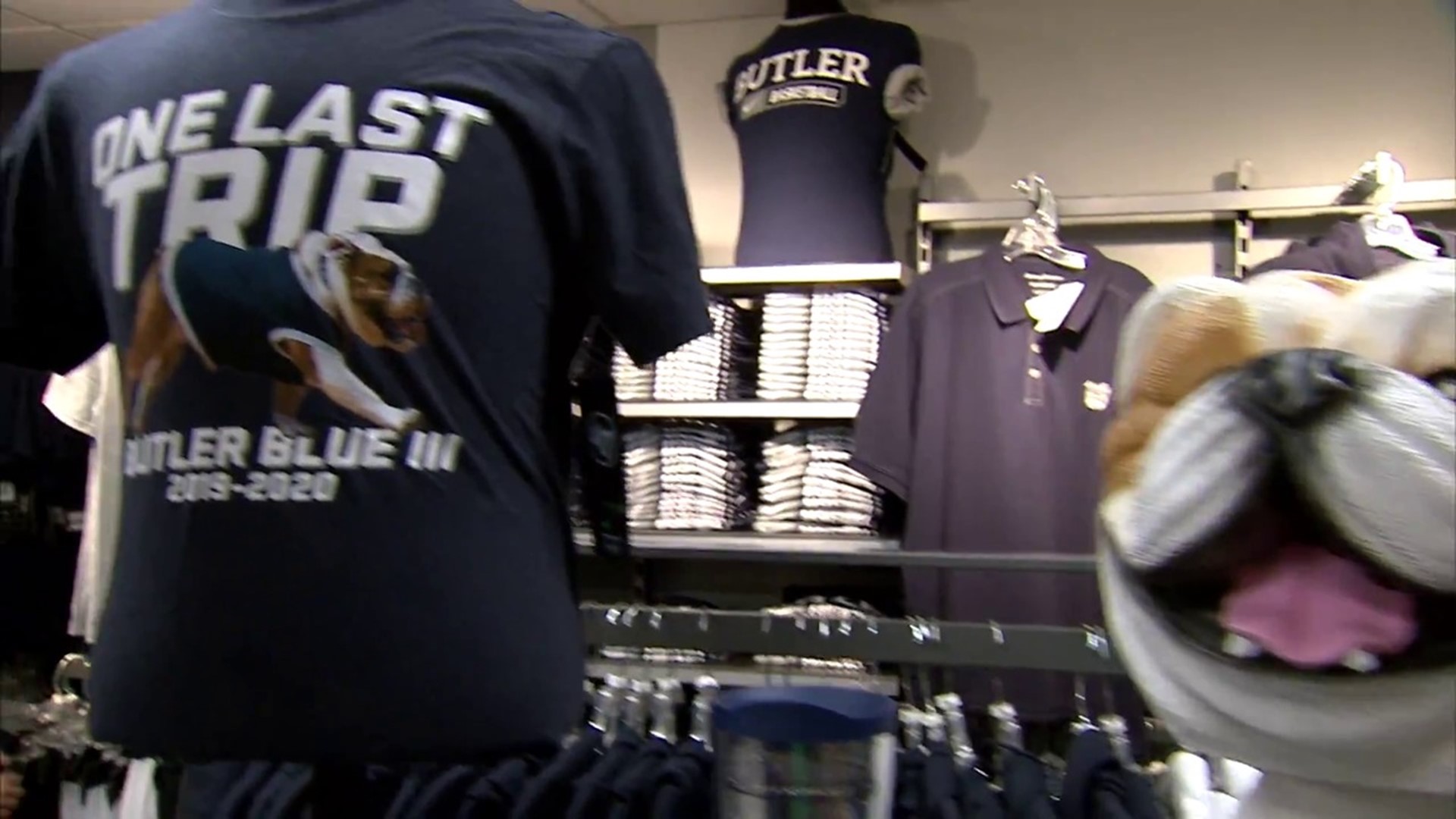 INDIANAPOLIS (WTHR) - His name is Trip, and the guy at the other end of the leash is Michael Kaltenmark.

One last trip! The @butleru mascot and his owner teaming up for one more season! The emotional story behind the pooch at 620 on @WTHRcom pic.twitter.com/EJOrfs0KJH

Follow this bulldog for only a few minutes and you'll learn he's a rockstar.

Everyone wants a moment with the Big Dog on Campus.

Over the past seven years, he's slobbered on many big-name celebrities.

"It's been awesome, two Final Fours," said Kaltenmark. "Trips all over the U.S., national publicity. It's bigger than I imagined it could be."

It's one of the most successful mascot PR campaigns in college history.

"People know me now as The Dog Guy," Kaltenmark said. "That's fun, but I also have to remind myself that I'm a steward of these dogs and the mascot program and I'm a representative of Butler, no matter what. That's a big responsibility, but gosh darn it, it's so fun."

But as the saying goes, every dog has its day, and it's time for one last Trip.

This is the final season for this pooch and his companion.

"The average lifespan for a bulldog is eight to twelve years, they don't live as long as we would like for them to. Trip is seven, he'll be eight next month, so it's time. We have to look out for his best interests, Kaltenmark said. "I think if you asked Trip, he'd keep right on going."

Kaltenmark has been the bulldog handler since 2004. His life changed a year ago when he found out he needs a kidney transplant.

"It gives you perspective about what is important and what is not," Kaltenmark told Eyewitness News.

He is one of the lucky. Kaltenmark's brother is a match and there will be a transplant in the coming months.

In the meantime, Kaltenmark will keep working at Butler with being attached to the celebrity dog. A new mascot team will be introduced during this season.

"I've been super blessed, I've accomplished a lot in 39 years. These dogs have given me a great life, my family and Butler, so if I were to die tomorrow, I'd die a happy man, but I'd sure like to be around at least for another Final Four run or something," said Kaltenmark.​