"Everything's pretty easy, as long as you have the right tools," said Zach Veach. 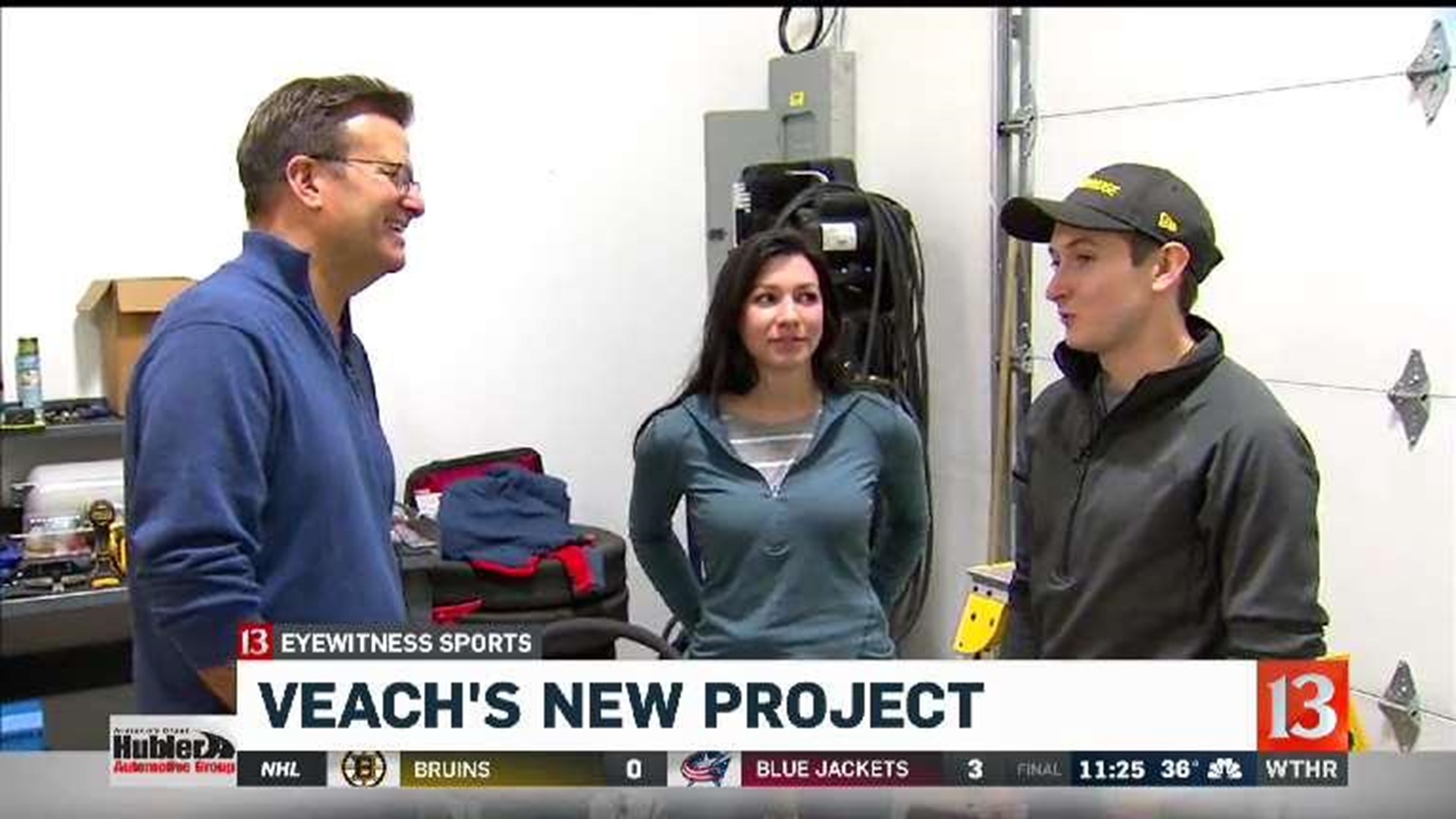 BROWNSBURG, Ind. (WTHR) - Many IndyCar drivers have some free time this time of year, and at least one of them is working on a special project.

"Everything's pretty easy, as long as you have the right tools," said Zach Veach.

Veach likes a good challenge. He and his girlfriend Kate love to rock climb and hike out west, but say they got tired of sleeping on the ground in sometimes bad weather.

They're building a tiny house on wheels. Veach bought a van and raided his dad's garage for tools.

"So now the joke is, if he needs any of his tools, he has to drive to my house to get them," Veach said.

Veach said a variety of tools were among the Christmas gifts he received from family recently.

"I think I'm taking the hint that he wants his stuff back," said Veach, laughing.

Be sure to check out @wthrcom - Channel 13 tonight at 11pm! Really enjoyed having @calabro13sports out to show him the work we’ve been doing on our Van! As well as talking about the long off season and a little preview of the 2020 season. pic.twitter.com/9R03i2XY3M

After a couple hours of daily physical training, Veach puts in about eight hours a day on the van project. It's a team effort.

"The funny thing is, I'm the perfectionist that thinks about something for eight hours, and (Kate) is the doer that just does it, so we balance each other out really well," Veach told us.

The former cargo van, once a blank canvas, is starting to take shape. It will include a bed, a table with benches and even a mini kitchen.

"We'll have a full sink, a three-burner stove with an oven, so we can pretty much cook whatever we need to," he said.

"We named our van Toast," Veach said. It came to them one day when they saw the toaster-like shape in the shadow the vehicle cast as they drive down the road.

For Veach and his girlfriend, it's an off-season race that has almost reached the finish line.

"I think we'll have it done, hopefully, in about a month," he said.