Senior Josh Speidel is a big part of the team but has never played for the Catamounts in the last four seasons. 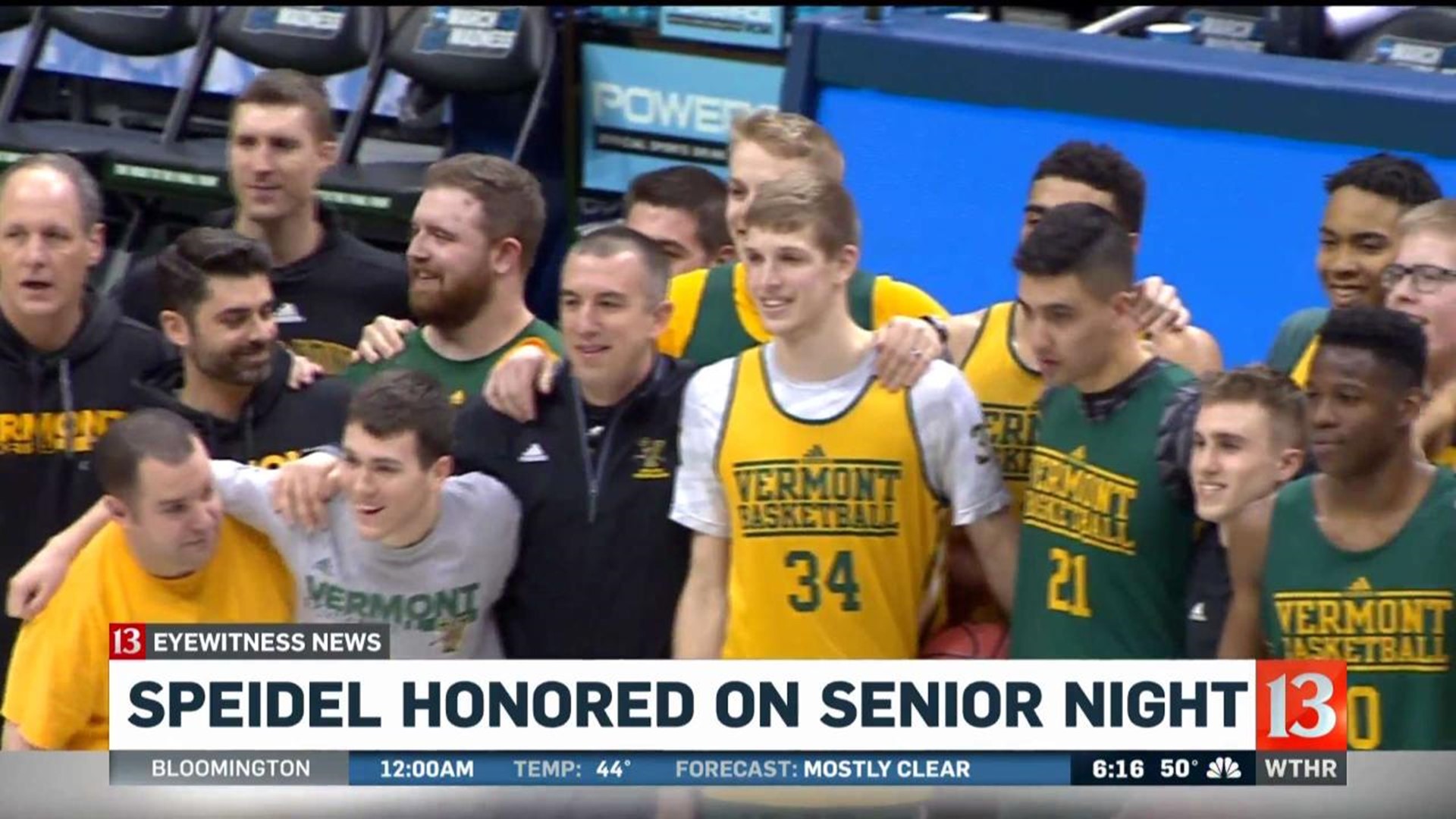 BURLINGTON, Vermont (WTHR) - Number 32 stands at the end of the back row in the Vermont Catamounts team photo.

Senior Josh Speidel is a big part of the team but has never played for the Catamounts in the last four seasons.

Tuesday night, Speidel suits up in uniform and starts for Vermont on Senior Night.

Speidel is the top scorer in Columbus North High School basketball history. But a car accident in 2015 left him with a traumatic brain injury.

Vermont still honored his scholarship. Speidel joined went off to college and joined the team in 2016.

It’s an understatement to say this is a big night for @UVMathletics @UVMmbb & the seniors including Josh Speidel, who will dress and play in his first ever College s Basketball game.

I will have it all for you tonight at 6 & highlights at 11 pic.twitter.com/q7hrxMTWe4

Speidel decided he wanted to play college basketball, just once. Vermont reached an agreement with Albany, Tuesday’s opponent to make that wish come true. After Albany was allowed a free basket off the opening tip, Vermont brought the ball up the floor, with each of Speidel's teammates touching the ball before passing to Josh in the lane. He took the pass in stride and laid it in for his first collegiate basket.

There are more to come, but THIS is best moment of the @UVMmbb season. pic.twitter.com/1VUB2MMRfB

Five years ago, Josh was in a car accident that put him in a coma. Through support, rehab, and basketball he continued to push and work hard! pic.twitter.com/nLGtPpWLDH

Before the game, Speidel told Eyewitness News he expected the moment to hit him when he got onto the court.

"I'll be overblown with emotion, gratitude, finally realizing that I'm out there,” said Speidel. “College basketball, my dream - I'm doing it."

Doctors said Speidel would not be able to learn above a 4th grade level after the accident.

But he has a 3.4 grade point average and will graduate from Vermont in May with an individualized degree in education. He has double minors in coaching and behavior change.

Speidel wants to work with children through sports.

“They helped me physically, academically, socially - like all of it,” said Speidel. “I've just tried to work hard, be grateful. After the accident I couldn't do anything by myself without assistance. I think back where I was and how now I'm living on my own."

Speidel is ready to score a big basket in a remarkable comeback.

"I should almost look at padding my stats, maybe getting a couple offensive rebounds in there,” joked Speidel. “But then I was thinking, I might as well end my college career shooting 100 percent, right?"