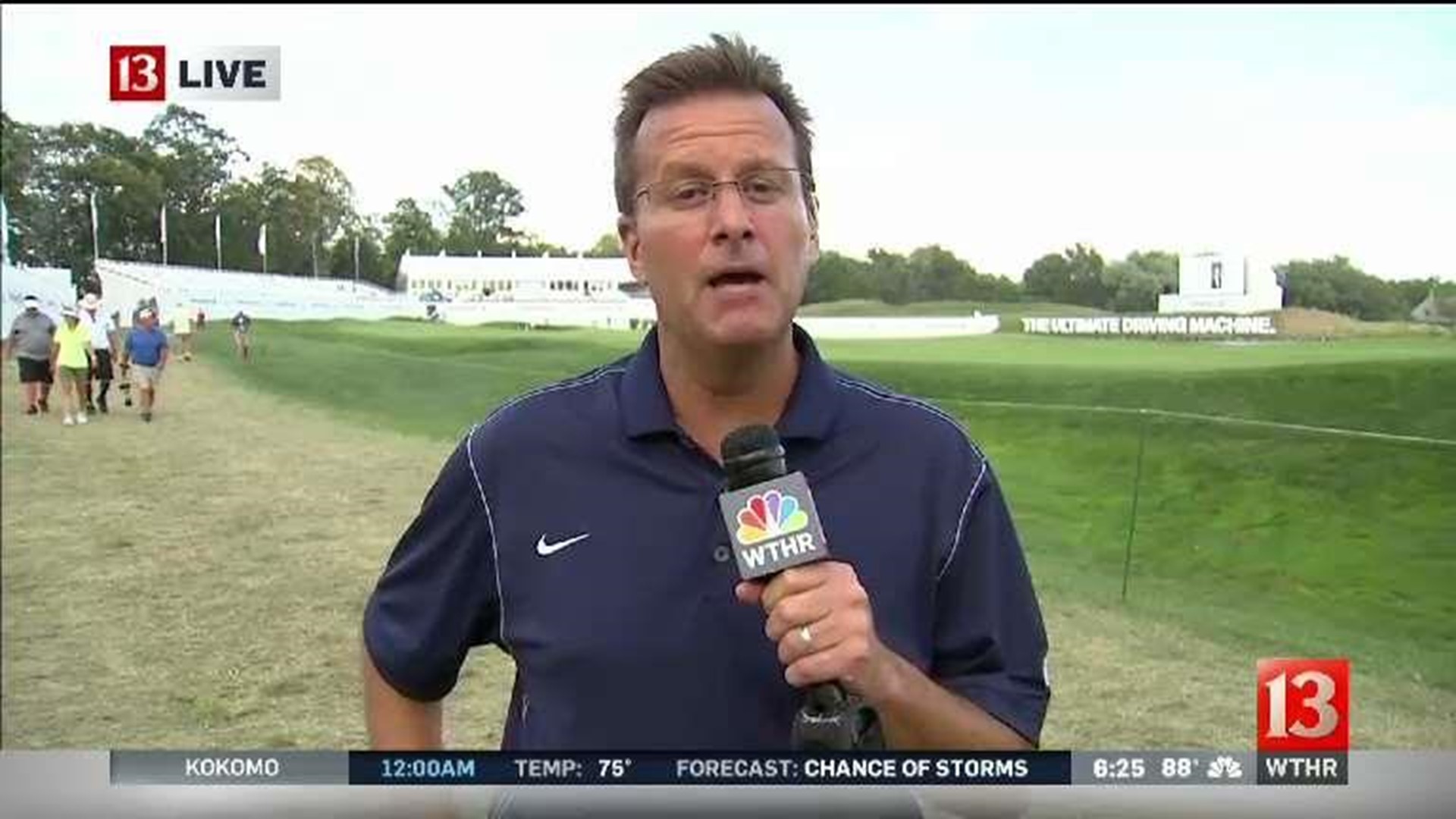 INDIANAPOLIS – Indianapolis Colts defensive end Kendall Langford has never missed a game in his eight NFL seasons, 128 straight games. Number 90 returned to practice Wednesday afternoon from a knee injury that forced him to miss most of the preseason. Langford hopes to keep his consecutive games streak going in the Colts season opener Sunday against the Detroit Lions at Lucas Oil Stadium (4:25 p.m. FOX).

“He’s an iron man,” said Colts Head Coach Chuck Pagano. “He’s really good against the run. He’s stout at the point. He can make plays and he’s got pass rush ability. He’s got length and size and toughness. You don’t start that many games in a row without being a tough guy. I don’t think that he ever felt really good through all those starts. He’s a warrior and a tough guy. I’d be shocked if he’s not out there on Sunday with that starting unit.”

"Obviously the goal is for me to be out there and I would love to be there,” Langford said before practice Wednesday, “so I'm going to try to do everything I can to get right and be able to play on Sunday. So I guess I would be shocked also."

Langford was listed as limited in the Colts practice report Wednesday. He says he has never been a late in the week or game time playing decision in his NFL career. This week could be a first.

“I told you all at the beginning of the year I didn't want to talk about this streak,” said Langford with a laugh, perhaps superstitiously wanting to avoid the topic. “Is there a chance that I might not play? Sure. But is there a chance that I might play? Yeah. So we'll see how it goes. I think availability in this league is critical no matter what position you play. I've been pretty available and I plan to continue to be.”

More than half of the Colts starting defensive unit is injured, was injured or simply didn't play in the preseason. There is great uncertainty about who will play in the season opener and therefore how the Colts defense will perform.

“I don't have a lot of uncertainty whatsoever,” countered Langford. “This is my ninth training camp. I've been here, done it. I understand what it takes to get ready for the season. I'm a professional, so if I'm out there I'll be ready. I'm pretty sure the other guys will be also.”

Inside linebacker Sio Moore also returned to practice Wednesday from a hamstring injury, looking forward to the opener.

"It's just exciting to get back to playing ball,” said Moore, who was limited in practice. “It's kind of one of those deals where there's a tug. The season is gone. You feel good at the beginning like I've got vacation and then toward the end you can't wait for football to get here. It's always exciting."

Cornerback Patrick Robinson is yet another Colts defensive starter who returned to practice Wednesday from a groin injury. Pagano claims he has four healthy cornerbacks, but that's only after signing two more this week.

Cornerbacks Vontae Davis (ankle) and Darius Butler (ankle) and free safety Clayton Geathers (foot) all missed practiced Wednesday. All are listed as starters on the depth chart. Defensive tackle Henry Anderson continues to be limited in practice coming back from a serious knee injury last season. Anderson will not play Sunday.

Rush linebacker Robert Mathis enters his 14th season with the Colts. He will start Sunday without playing at all in the preseason. The Colts chose to rest and preserve the quarterback pressures left in the franchise career sacks leader.

“I’m good,” said Mathis. “It’s week one, game one and it’s go time. The older you are, the less stuff you need. I feel good and I am ready to go. I’m not rehabbing, so I’m not playing catch up. It’s going to be a welcome change compared to last year, just being able to go game one.”

The Colts are often AFC South defending division champs and favorites to win again, but not this season.

“We don't have the target on our backs per se,” said Mathis. “That's a welcome change. I'm not a big look at me type of guy. I'm okay with our status right now."

Defensive tackle Art Jones is suspended for the first four games of the season for violating the NFL policy on performance enhancing drugs. Jones is banned from the Colts complex during the suspension.